Block B’s P.O and VIXX’s Ravi appeared as guests on the latest episode of “Amazing Saturday.”

During one segment, the celebrities had to guess the correct lyrics to Girls’ Generation’s “Lion Heart.”

Ravi and P.O showed a split of opinions about the part: “Even if it’s not all the time, there are good times, right?” The lyrics were grammatically correct, but they argued whether “na” or “ah” made the lyrics sound cuter. (Both versions can be correct in context.)

Ravi thought “na” sounded cuter, and he showed an example by repeating the lyrics in an adorable manner that made gugudan’s Kim Sejeong imitate him. Boxing champion Kim Dong Hyun agreed with him, which made Ravi think twice about his decision. Shin Dong Yup caught him red-handed and told everyone, “Hold on. When Dong Hyun said ‘na’, Ravi wanted to change his answer,” embarrassing Ravi and stunning Kim Dong Hyun. 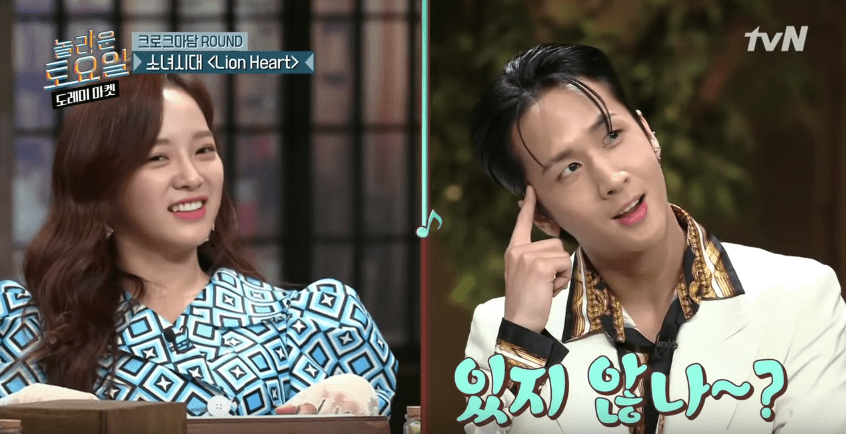 On the other hand, P.O thought “ah” sounded cuter and “na” sounded a bit stern, and Ravi argued that it was the way he was saying it that made it sound that way. Then P.O made everyone laugh with his examples of “ah” and “na.”

Girl’s Day’s Hyeri tried both versions of the lyrics to prove it depended on the person saying it, but Shin Dong Yup observed her actions and commented, “I don’t want to see either of them.” In response, Hyeri adorably held up her fists in fighting mode. 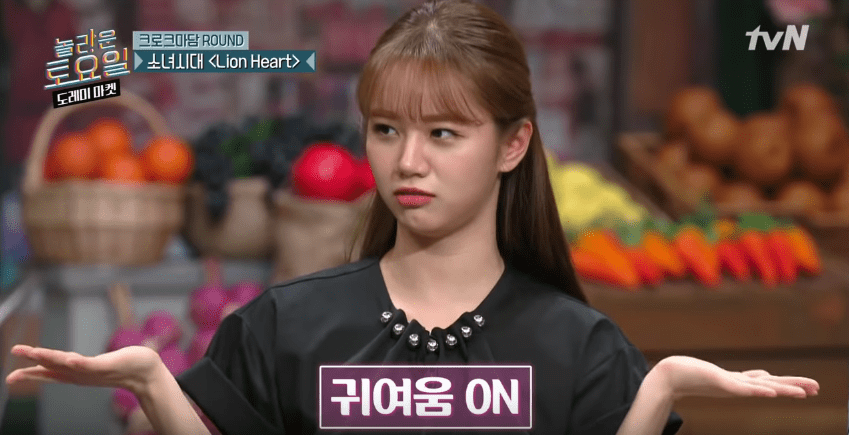 Watch the cute argument below!