JTBC’s “Welcome to Waikiki 2” has piqued viewers’ curiosity with new stills from its upcoming episode!

During the previous episode of the drama, Cha Yoo Ri comforted a devastated Kook Ki Bong by giving him chocolate and reassuring him, “Baseball was a piece of bitter chocolate in your life. But there are still many other chocolates left in your box. Your baseball career is over now, but your life isn’t over yet.”

In the newly released stills from the drama’s upcoming episode, the tables have turned. With her usual confidence nowhere to be found, Cha Yoo Ri breaks down sobbing in Kook Ki Bong’s arms after he finds her drinking alone at night. This time, it is Kook Ki Bong who comforts Cha Yoo Ri, quietly listening to her problems and holding her as she bursts into tears. 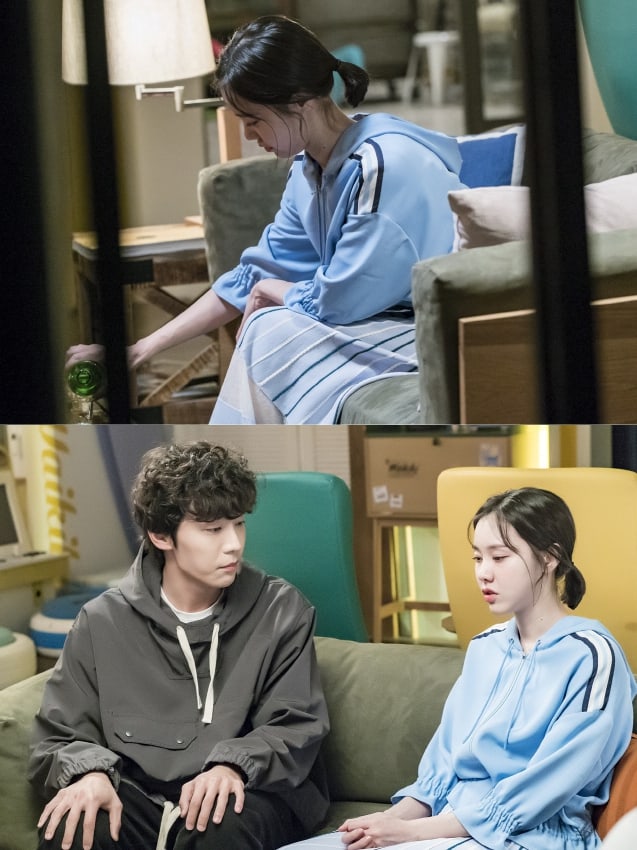 The producers of “Welcome to Waikiki 2” commented, “The story of Ki Bong returning the comfort that he received from Yoo Ri will be warm and moving. In addition to Yoo Ri’s story, please keep an eye on the youths of ‘Waikiki’ as they embark on the refreshing second chapter of their lives.”

The next episode of “Welcome to Waikiki 2” will air on April 22 at 9:30 p.m. KST. In the meantime, catch up on the latest episode of the drama with English subtitles below!

Shin Hyun Soo
Kim Ye Won (1987)
Welcome to Waikiki 2
How does this article make you feel?