Romance That Hurts So Good: 4 Reasons To Watch C-Drama “Goodbye My Princess”

Are you a fan of tearjerkers? Well, the Chinese historical drama “Goodbye My Princess” may be just right for you! “Goodbye My Princess” is a drama adaptation of the tragic romance novel “Eastern Palace” by author Fei Wo Si Cun. The story focuses on an ill-fated romance between star-crossed lovers from two warring kingdoms.

The drama stars Peng Xiao Ran as Xiao Feng, the beloved Ninth Princess of the Xi State, who is betrothed to Li Cheng Yin (Chen Xing Xu), the Fifth Prince of the Li Empire. Xiao Feng leaves her country behind and sets off to fulfill the marriage alliance and to live in the dangerous and manipulative Eastern Palace of the Li Empire. As Xiao Feng and Li Cheng Yin’s lives intersect, they must overcome the deadly power-play of politics and discover the mysterious events unraveling memories that were originally meant to be kept hidden.

When the drama was first announced two years ago, it did not receive a warm welcome, as many fans were doubtful of the television adaptation. However, once the drama premiered in February, fans took back their criticism. The drama became a surprise hit among viewers, earning great reviews due to the outstanding cast and the team of committed scriptwriters for bringing the novel to life. Even the most hardcore fans of the original novel have been won over by the drama. “Goodbye My Princess” is a show that truly captivates you when you first begin watching. Here are four reasons why you should check out the drama!

Warning: Spoilers for the drama below. 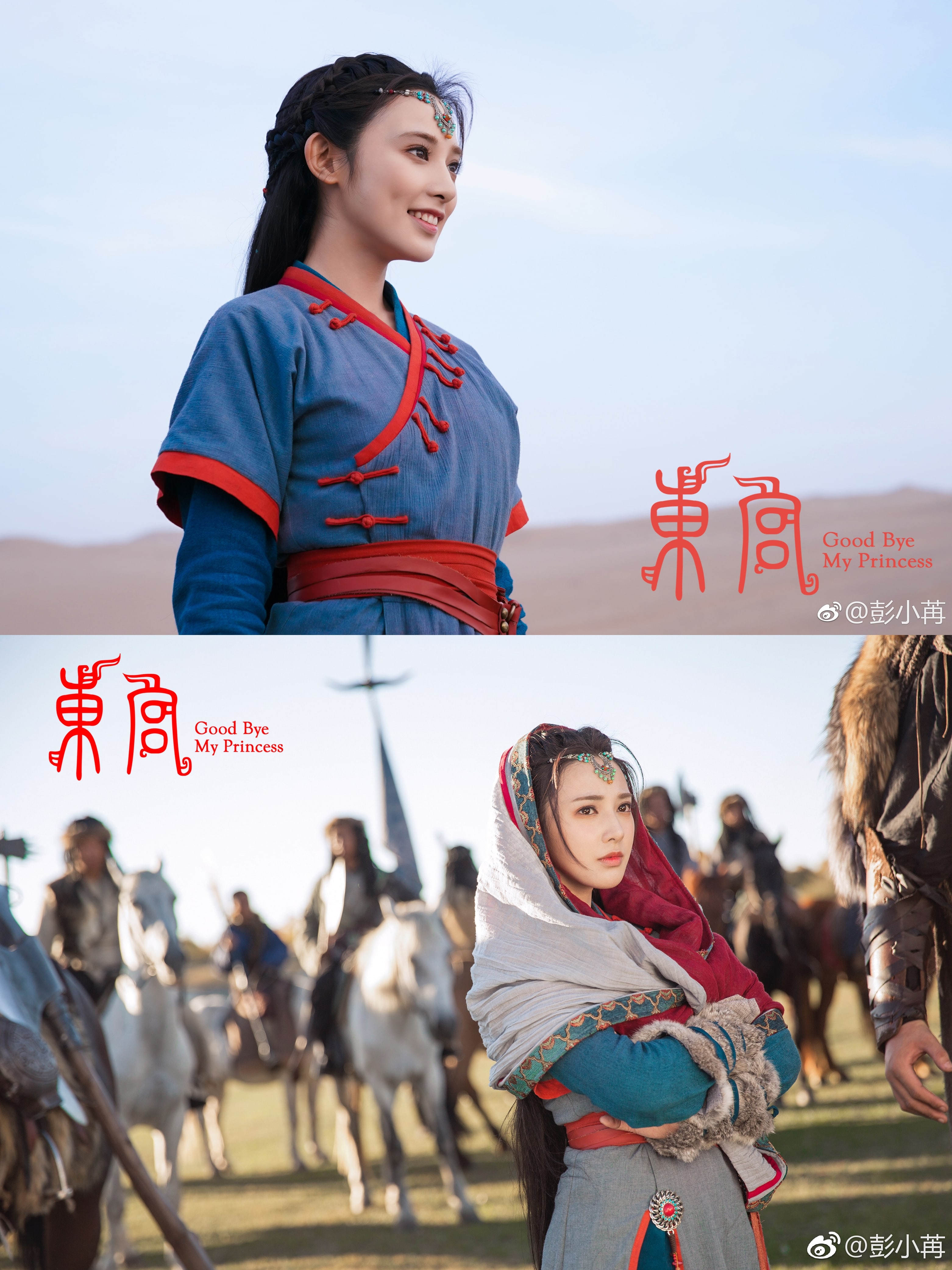 Our female lead, Xiao Feng, can be described as a free-spirited, carefree, and charming young woman who also happens to be the Ninth Princess of Western Liang. She has always wanted to have the freedom and the ability to be able to choose her own life, but her status as a princess, unfortunately, does not allow her those options. Through the drama, we witness our female lead grow from a naive and innocent girl who grew up in the grasslands to become a thoughtful and self-sacrificing woman living in the palace. 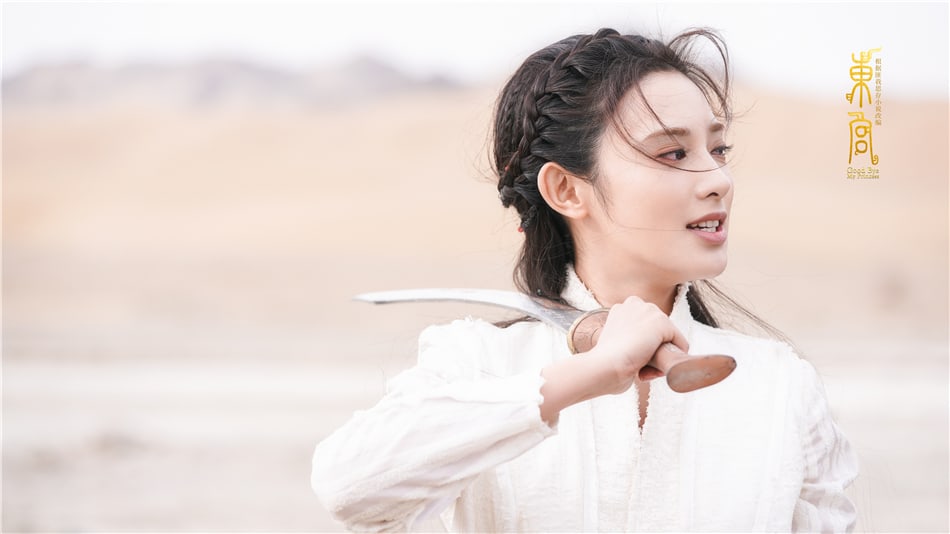 Xiao Feng is a well-loved character. Although her life is extremely pitiful, viewers like myself admire her immense strength and the resilience she has from all the suffering she had to bear until the very end of the drama. As an actress, Peng Xiao Ran naturally brings out the charming, feisty, and bubbly sides of Xiao Feng through her lively mannerisms and beautiful looks. Peng Xiao Ran is absolutely stunning in her tribal costumes and hair accessories, and viewers were especially mesmerized by her horse riding scenes on the vast grasslands.

A male lead you love to hate 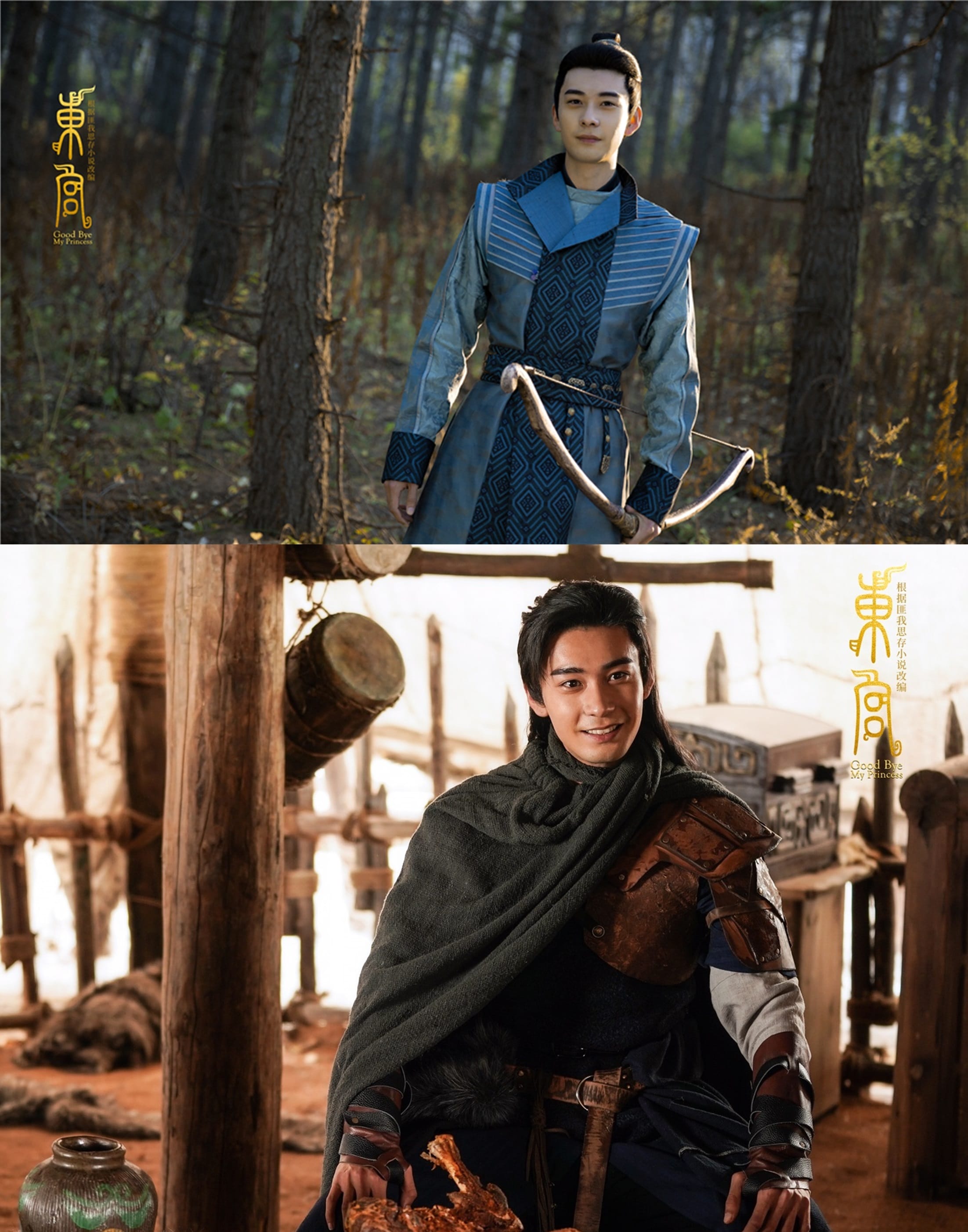 Fans of “Goodbye My Princess” will tell you they have a complicated love-hate relationship with our male lead Li Cheng Yin. He’s an extremely complex and flawed character, and he is not meant to be well-liked. Just like Xiao Feng, he is a political pawn to the empress and emperor. He was cast aside by his father the emperor and was raised by the woman who killed his mother. Although he is a victim of his own upbringing, his lack of empathy, cruelty, and entitled behavior is beyond redeemable. In the beginning, he is innocent and boyish, but once he starts fighting for the position of the crown prince, he becomes a heartless and scheming person. 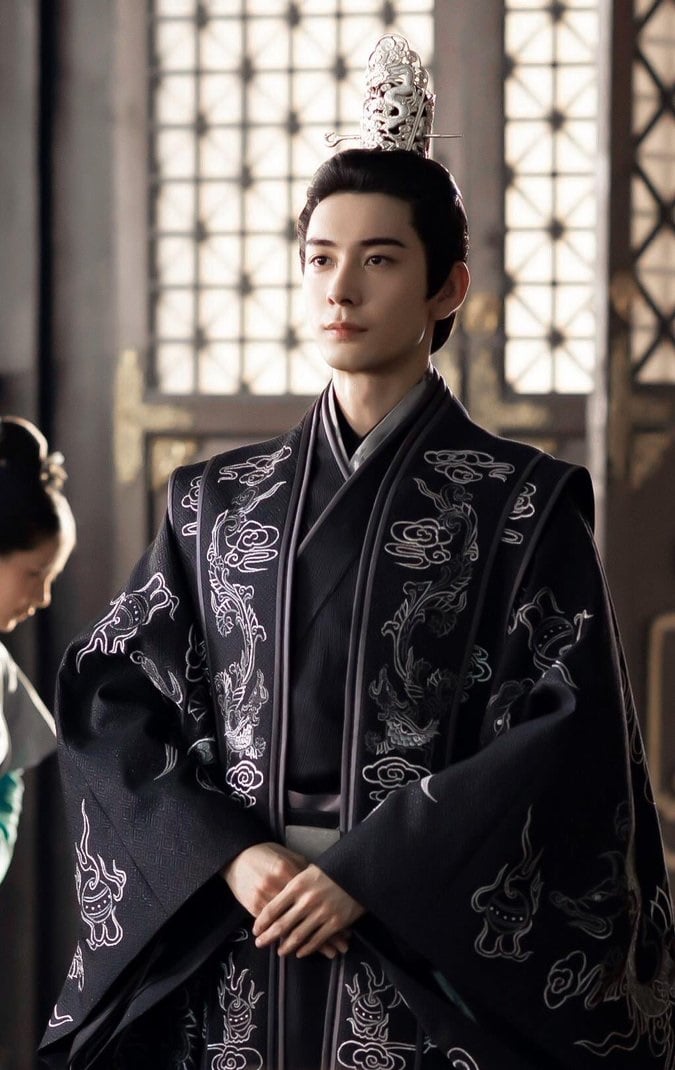 Despite playing such an unpleasant character, lead actor Chen Xing Xu successfully captures the complexity and cruelness of Li Cheng Yin as he uses Xiao Feng as a pawn for his own personal gains in the drama. “Goodbye My Princess” has stirred major debates online as well as the creation of memes about Li Cheng Yin, mainly hilarious curses aimed at his character. Chen Xing Xu brings an undeniable charm to his character and manages to portray Li Cheng Yin’s sexy, yet distant aura. He perfectly fools audiences by giving off the first impression of a silly and boyish prince, while deep down being an intelligent, manipulative, and lethal strategist. 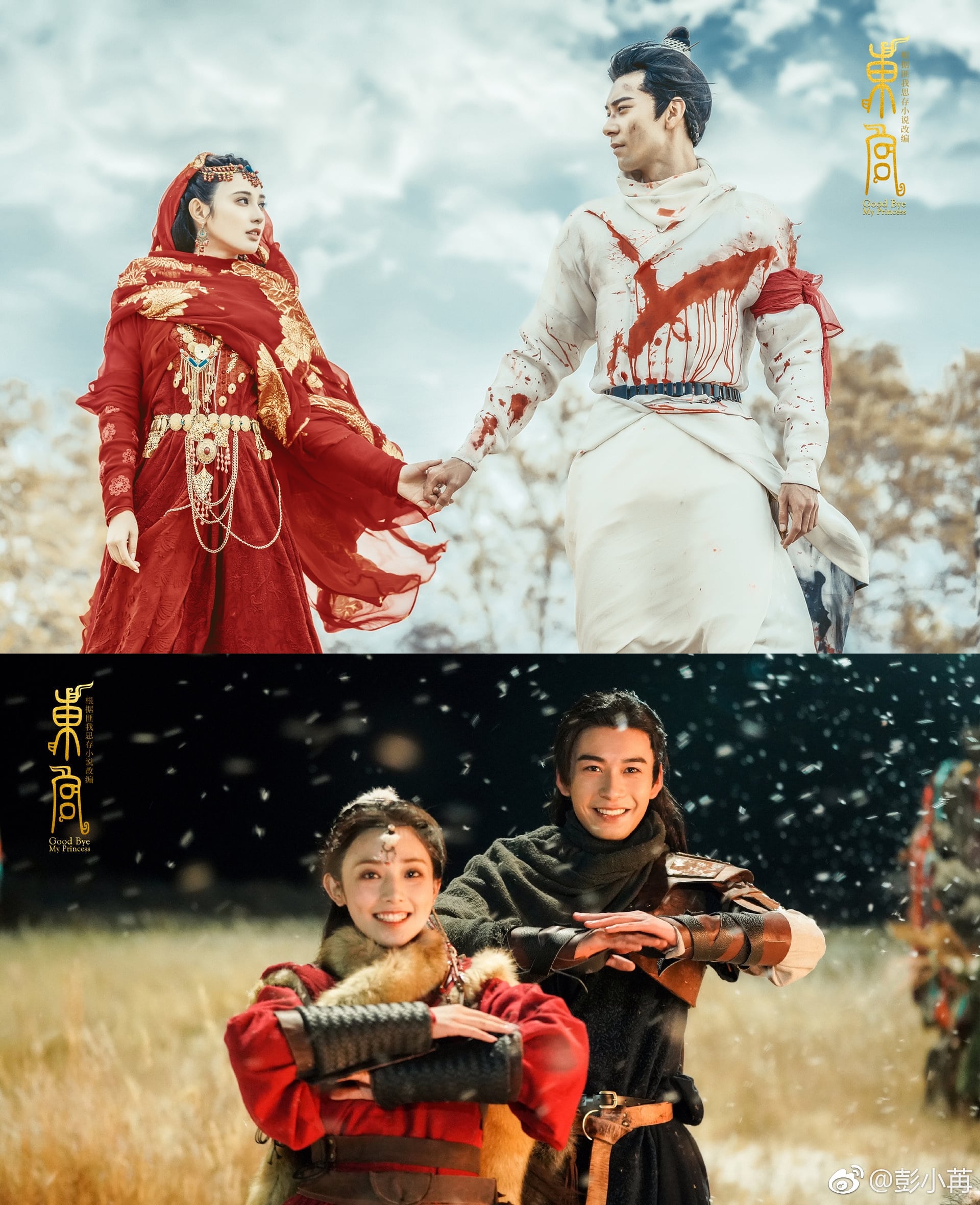 The biggest appeal of “Goodbye My Princess” is definitely the amazing chemistry between our two leads, Chen Xing Xu and Peng Xiao Ran, who shine in their respective roles as Li Cheng Yin and Xiao Feng. Viewers loved Li Cheng Yin and Xiao Feng at the beginning of the story when they first meet and fall deeply in love with each other. Our OTP is polar opposites of each other, with Li Cheng Yin living in a world full of darkness while Xiao Feng is like a giant bright light. It makes sense why they’re always bickering and can never seem to agree on anything.

My heart broke for Xiao Feng and Li Cheng Yin, as they’re two people who passionately love each other but become victims to the politics of their time and from the consequences of the decisions they make. The sizzling chemistry between Peng Xiao Ran and Chen Xing Xu is undeniable, as they fully embody their characters and convincingly portray every sweet moment and heartbreak the pair goes through. As a viewer, we can feel all the sorrow, angst, and deep emotions that our OTP endures. It’s probably a strange thing to say, but watching “Goodybye My Princess” hurts emotionally, and it hurts so good. 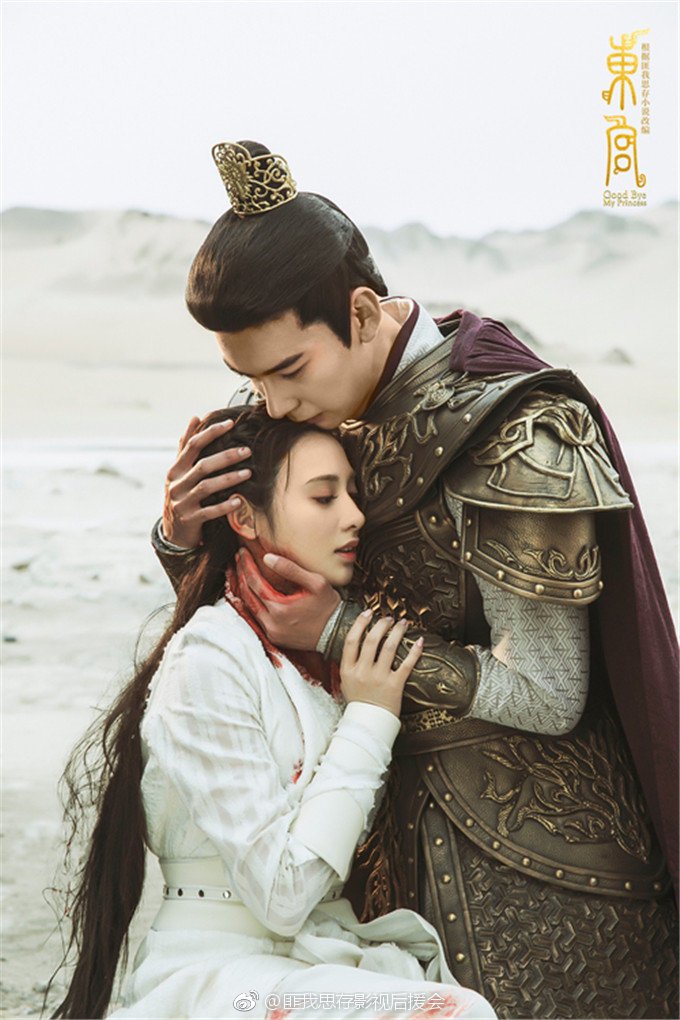 Side note: did you know that Peng Xiao Ran and Chen Xing Xu weren’t the original first choices to play the leads of “Goodbye My Princess”? Both actors are newcomers and the drama is their first time in leading roles.

One of the scriptwriters for the drama, Ke Yi Tong, revealed she had originally wanted a well-known actor to play the role of Li Cheng Yin and didn’t consider Chen Xing Xu to be handsome enough to play the character. However, after a table reading with him, she completely changed her mind. The scriptwriter admitted she was wrong, saying that Chen Xing Xu is very handsome and that he understood the character and was able to portray the dark and naive sides of Li Cheng Yin.

As for the female lead, Peng Xiao Ran, she was cast only half a month before filming officially began for the drama. The director originally intended to cast a popular actress, but they did not have enough funding for it, so they went with a last-minute decision to cast Peng Xiao Ran instead.

When the drama first revealed that it would be headlined by newbie unknown actors, fans of the novel were wary and disinterested. Needless to say, after the drama aired, Peng Xiao Ran and Chen Xing’s acting careers and popularity skyrocketed, all thanks to their wonderful performances in the drama. 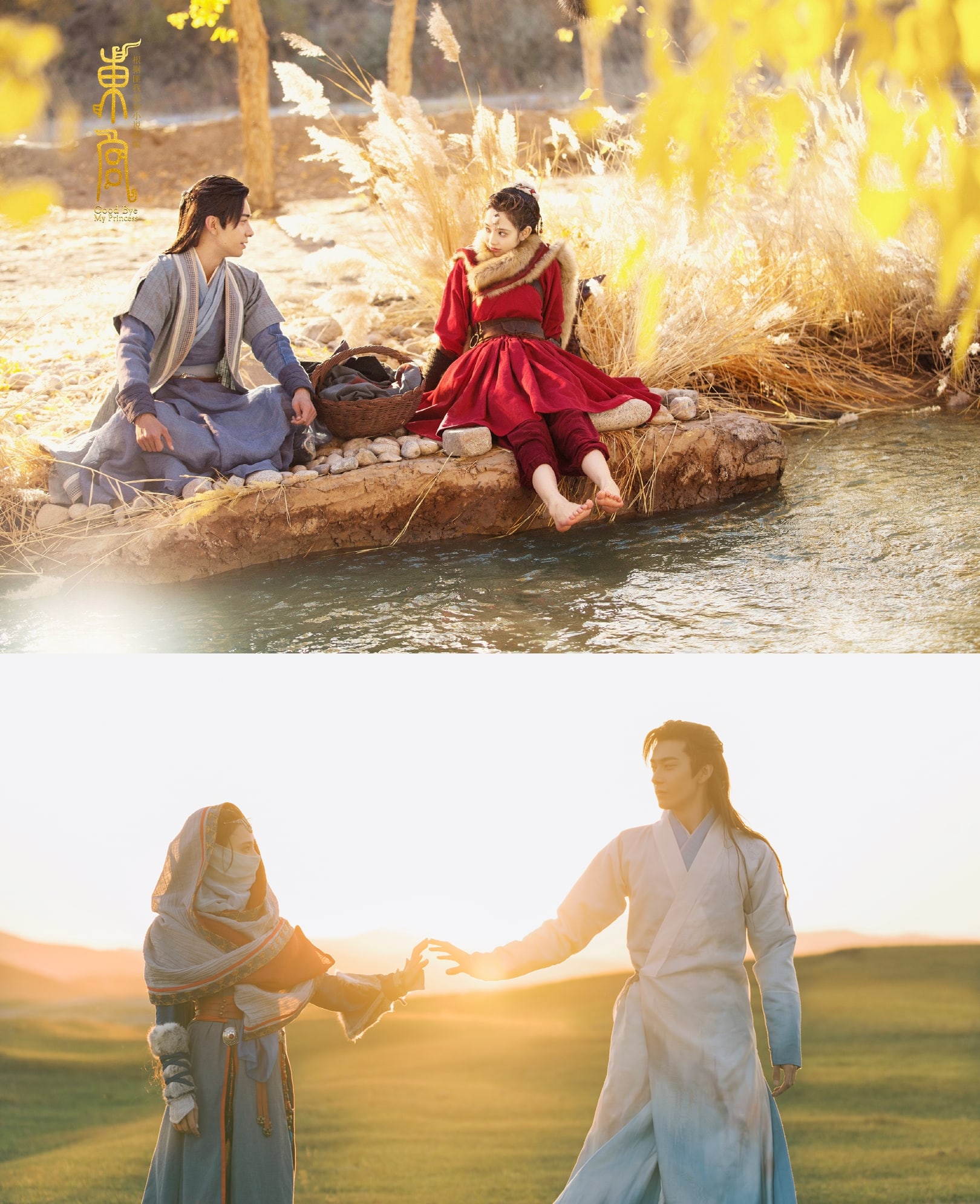 “Goodbye My Princess” had a production budget of 200 million yuan (approximately $30 million). The money was well spent based on the high-quality cinematography and on-location filming featured in the drama. The show perfectly showcases natural settings, including scenes of the vast desert plains, breathtaking sunsets, the oasis of greenery, and flowing rivers.

The drama has also managed to capture and portray classic scenes from the novel, demonstrating in full detail many romantic scenes, including the iconic scene of Li Cheng Yin attempting to catch 100 fireflies for Xiao Feng. These beautiful settings have managed to impress audiences and pull them deeper into the story. 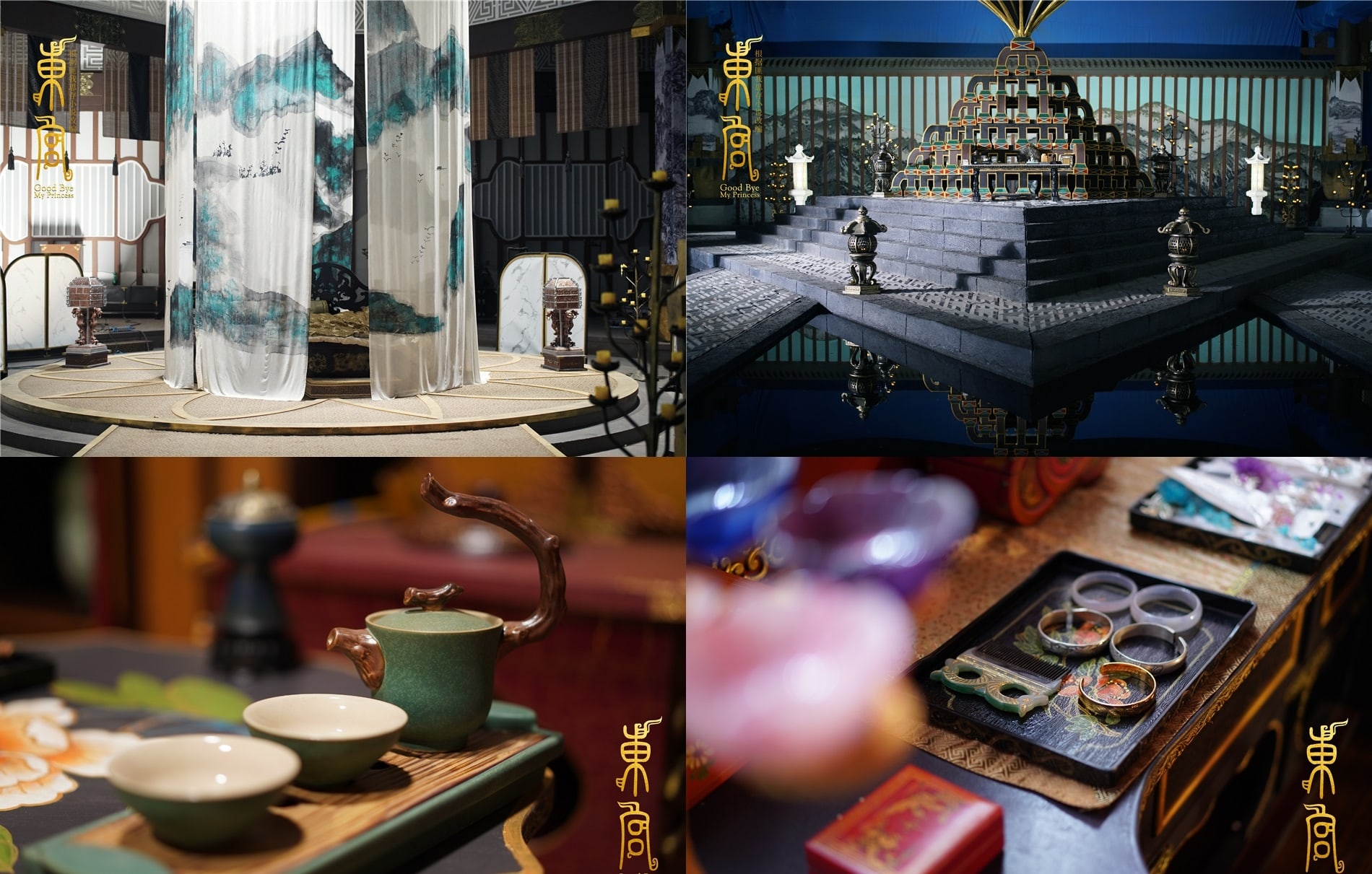 The sets and prop designs used in the drama are absolutely mesmerizing, and with just one look, you can tell they’re all exceptionally crafted and made with high-quality materials. The costumes are beautifully designed, as you can see all the subtle and intricate details in both the male and female clothing pieces. “Goodbye My Princess” is just a visual treat for the eyes!

Overall, “Goodbye My Princess” can be described an emotionally charged drama, focused on a political marriage with a tragic ending between a princess and prince from two different countries who become victims due to the struggle for power. The drama lets viewers experience a full journey of emotions – love, hate, happiness, sadness, and betrayal. It is the overall heartbreak and angst between Xiao Feng and Li Cheng Yin that captures audiences’ heart and emotions.

Although the drama’s tragic ending remains true to the original novel, the production team of “Goodbye My Princess” surprised viewers by releasing four bonus epilogue episodes featuring our main couple in a modern day setting, living happily as a married couple. Fans were delighted to know that Xiao Feng and Li Cheng Yin got their happy ending in a different lifetime. You can watch the bonus episodes on the drama’s official Weibo.

Hey Soompiers, are you watching “Goodbye My Princess”? Let me know what you think of the drama in the comments below!

Currently watching: “Le Coup de Foudre,” “Destiny’s Love,” “The Brightest Star In The Sky,“ and “Put Your Head On My Shoulder”
All-time favorite dramas: “Nirvana In Fire,” “Queen In Hyun’s Man,” “A Witch’s Romance,” “Love O2O,” and “My Mr. Mermaid”
Looking forward to: “The King’s Avatar,” “Cry Me a Sad River,” and “Novoland: Eagle Flag“