“Different Dreams” is an espionage melodrama that takes place during the Japanese colonial rule over Korea. It will tell the story of the fight for independence led by secret organization Heroic Cops leader Kim Won Bong and the Korean-Japanese surgeon Lee Young Jin. Not only does the drama have a star-studded lineup including Lee Yo Won, Yoo Ji Tae, Im Joo Hwan, Nam Gyu Ri, Heo Sung Tae, Jo Bok Rae, SS501’s Kim Kyu Jong, and more, but the drama is also directed by Yoon Sang Ho who directed “Saimdang, Light’s Diary” and “The Legend” and written by Jo Kyu Won who wrote the “IRIS” series.

In the upcoming drama, Im Joo Hwan will be playing the Japanese prosecutor Fukuda, and Nam Gyu Ri will be taking on the role of Miki, a charming jazz singer at a club in Gyeongseong. Viewers are already excited to see how the story will unfold between the two characters as they become involved with Lee Young Jin (played by Lee Yo Won), a secret agent for independence fighters leading a double life, and Kim Won Bong (played by Yoo Ji Tae), a man who leads the armed resistance against the Japanese. 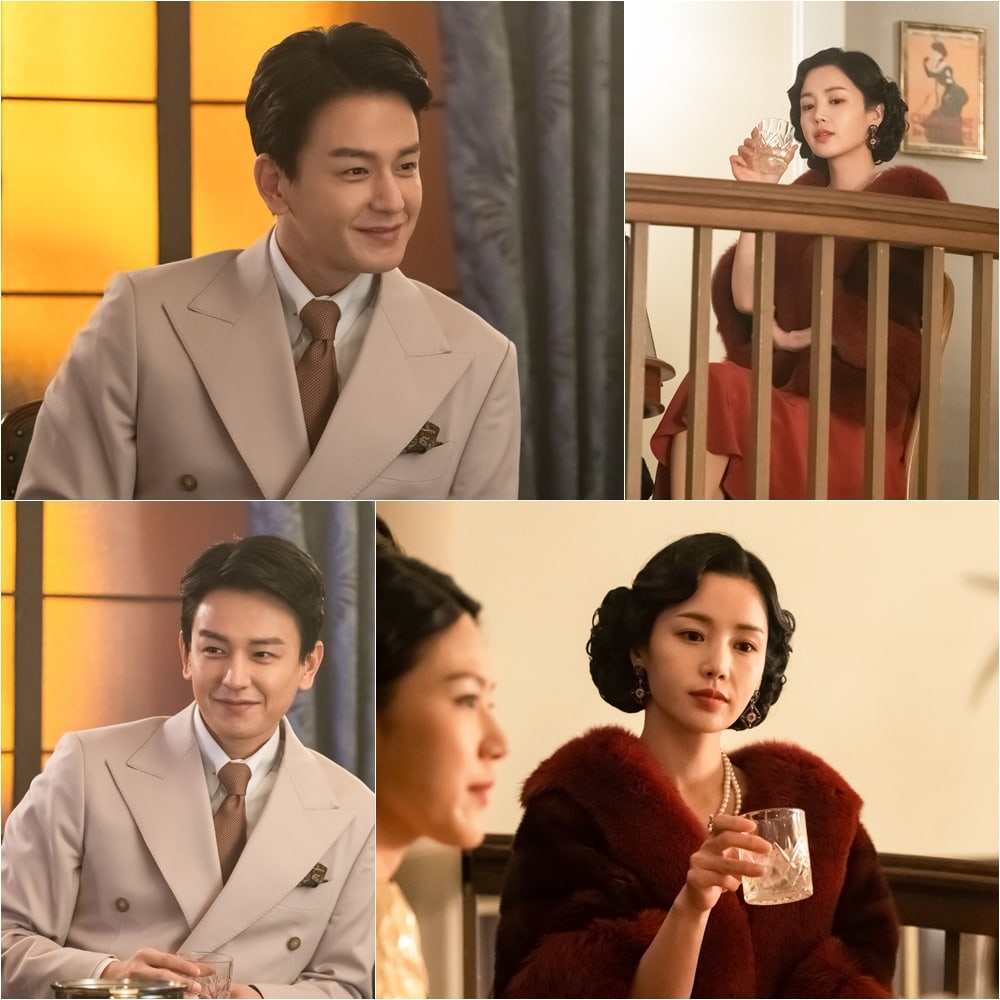 In the released stills, Im Joo Hwan steals viewers’ attention with his stunning visuals and gentle smile that exudes elegance. Nam Gyu Ri is shown observing Im Joo Hwan from afar. Viewers are excited to find out what kind of relationship will develop between the two characters, since Nam Gyu Ri is unable to take her eyes off of Im Joo Hwan with her beautiful yet undecipherable gaze.

The photos showcase Fukuda and Miki’s first meeting at a club in Gyeongseong, and Miki’s feelings for Fukuda will continue to grow after this encounter. The club acts as a location in which upper class Japanese people share information while enjoying entertainment. At the center of it all is Miki, who’s expected to shake up Fukuda, as well as Lee Young Jin and Kim Won Bong, with her instinctive intuition.

The production staff of “Different Dreams” shared, “Nam Gyu Ri, with her curiosity for Im Joo Hwan and her instinctive intuition, will be an important key in changing the characters’ relationships.” They added, “Please look forward to ‘Different Dreams,’ which will be filled with swirling tension caused by each of the choices and situations that will be faced by Lee Yo Won, Yoo Ji Tae, Im Joo Hwan, and Nam Gyu Ri.”

MBC’s “Different Dreams” premieres on May 4 at 9:05 p.m. KST and will be available on Viki with English subtitles.