A returning contestant to MBC’s “The King of Mask Singer” showcased his talents and took the audience by surprise once again!

In the third round, The Emperor’s New Clothes performed Kim Kwang Seok’s “On the Street,” while his opponent Right King covered the band Flower’s “Crying.”

At his reveal, the current panelists couldn’t hold back their surprise. Not only was Yoo Seung Woo was a regular panelist on the show from mid-2016 to early 2018, but he also previously appeared as a contestant himself in May 2016. 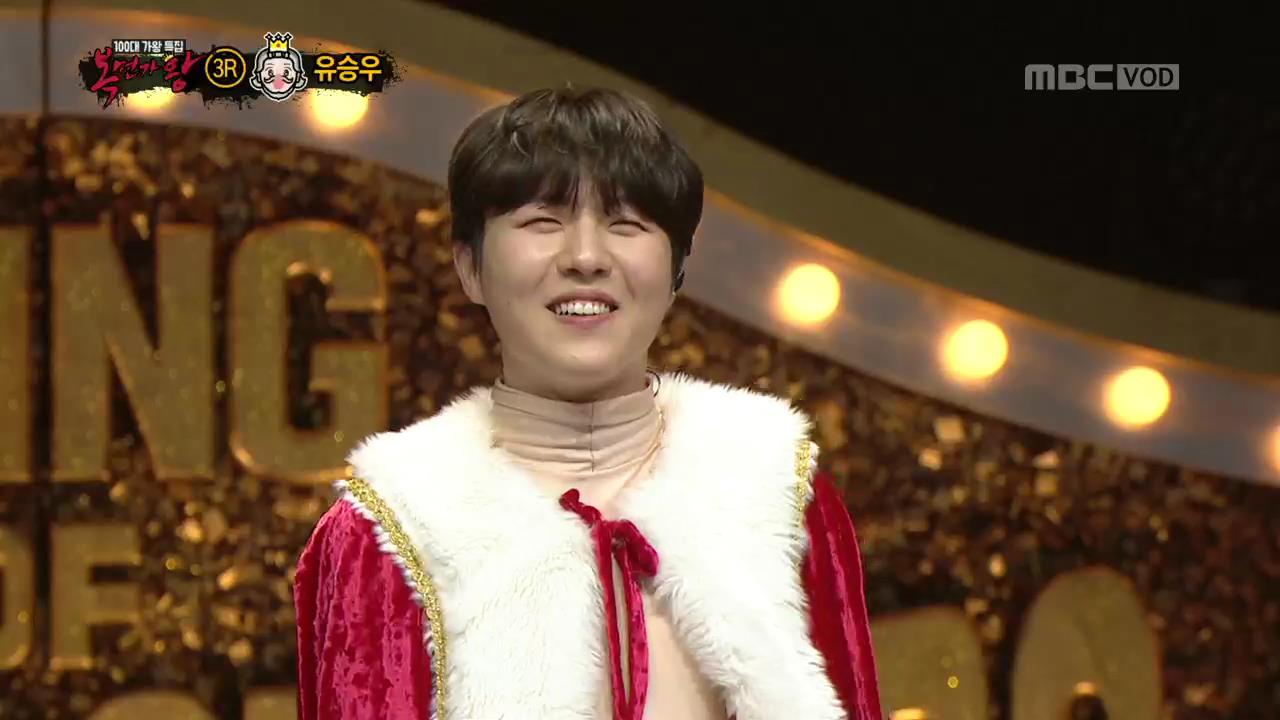 On his return to the show as a contestant for the first time in three years, Yoo Seung Woo commented, “It was more satisfying in a way to see the panel be so surprised because I thought that everyone would know my identity. I thought they would definitely figure out it was me. I’m amazed and it was really fun, because it seems like everyone really didn’t know seeing how they all stood up when I unmasked myself. I’m amazed and it was really fun.”

“I must have matured without realizing it, to the point that people don’t recognize [my voice]. I think that’s a relief,” the singer added. “If I were to compare, being a panelist was more nerve-wracking than [appearing] today. I think I felt more comfortable because I go on stage with the mindset of ‘Let’s show myself.'”

After the broadcast, he took to his agency’s Twitter account to share more of his thoughts. He wrote, “I’m grateful to the seniors and producers who welcomed me. I enjoyed myself as I was able to sing all the songs I prepared, I got to hear many comments from my warmhearted seniors, and I was able to sing on a stage that many people watch! Thank you to the fans who always support me, and please look forward to my future album!”

“The King of Mask Singer” airs every Sunday at 5 p.m. KST. Check out Yoo Seung Woo’s performances of “Thought of You” and “On the Street” here and here!

Yoo Seung Woo
The King of Mask Singer
How does this article make you feel?