The young actress, who rose to fame as Kang Ye Seo on the hit JTBC drama “SKY Castle,” appeared as a guest on the April 21 episode of the SBS variety show. The “Running Man” cast expressed their amazement at seeing Kang Ye Seo in real life, and when Kim Hye Yoon introduced herself to the audience, Lee Kwang Soo exclaimed in awe, “It’s that same voice.”

Ji Suk Jin also shared that he had been a huge fan of “SKY Castle,” commenting, “It was the only drama that I watched right as it aired.” 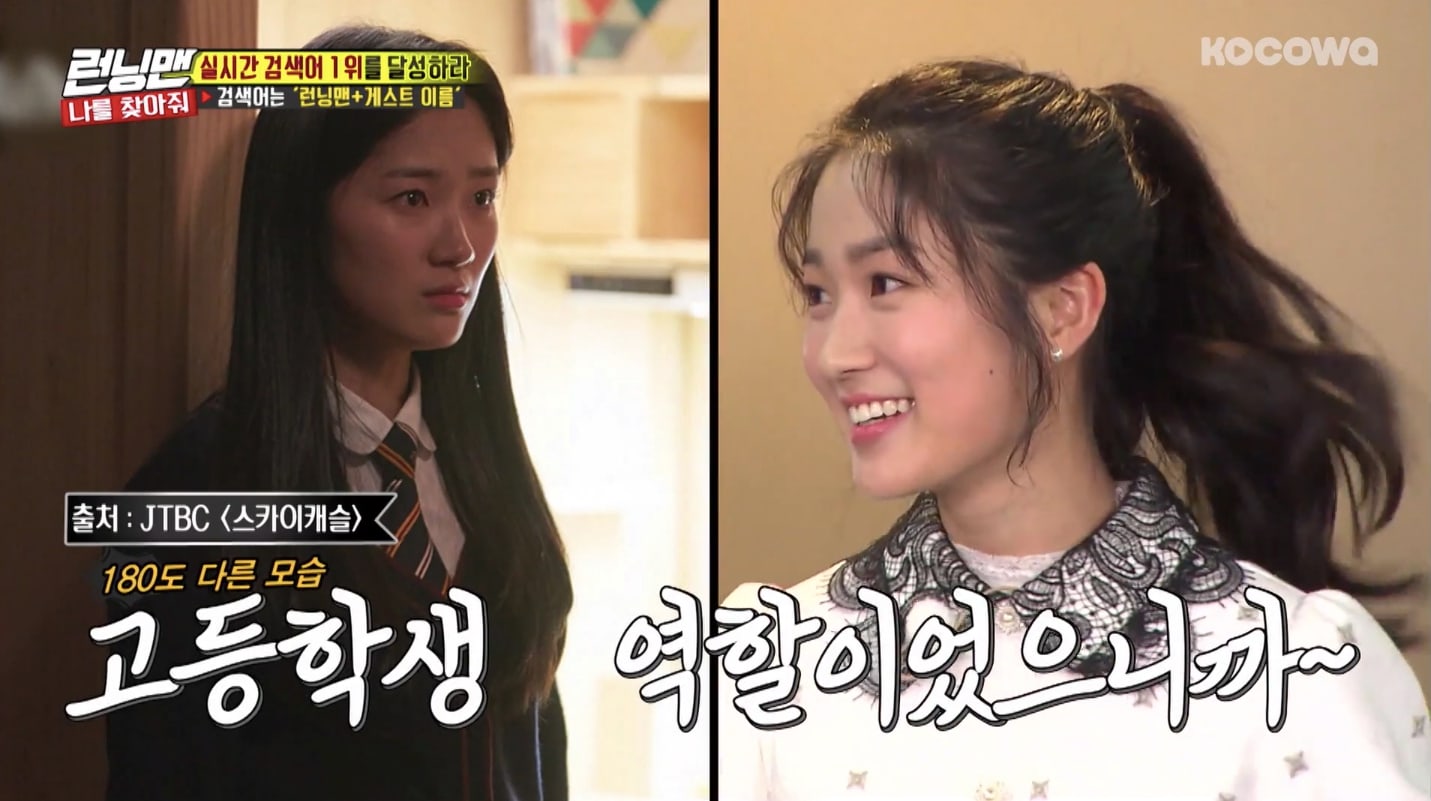 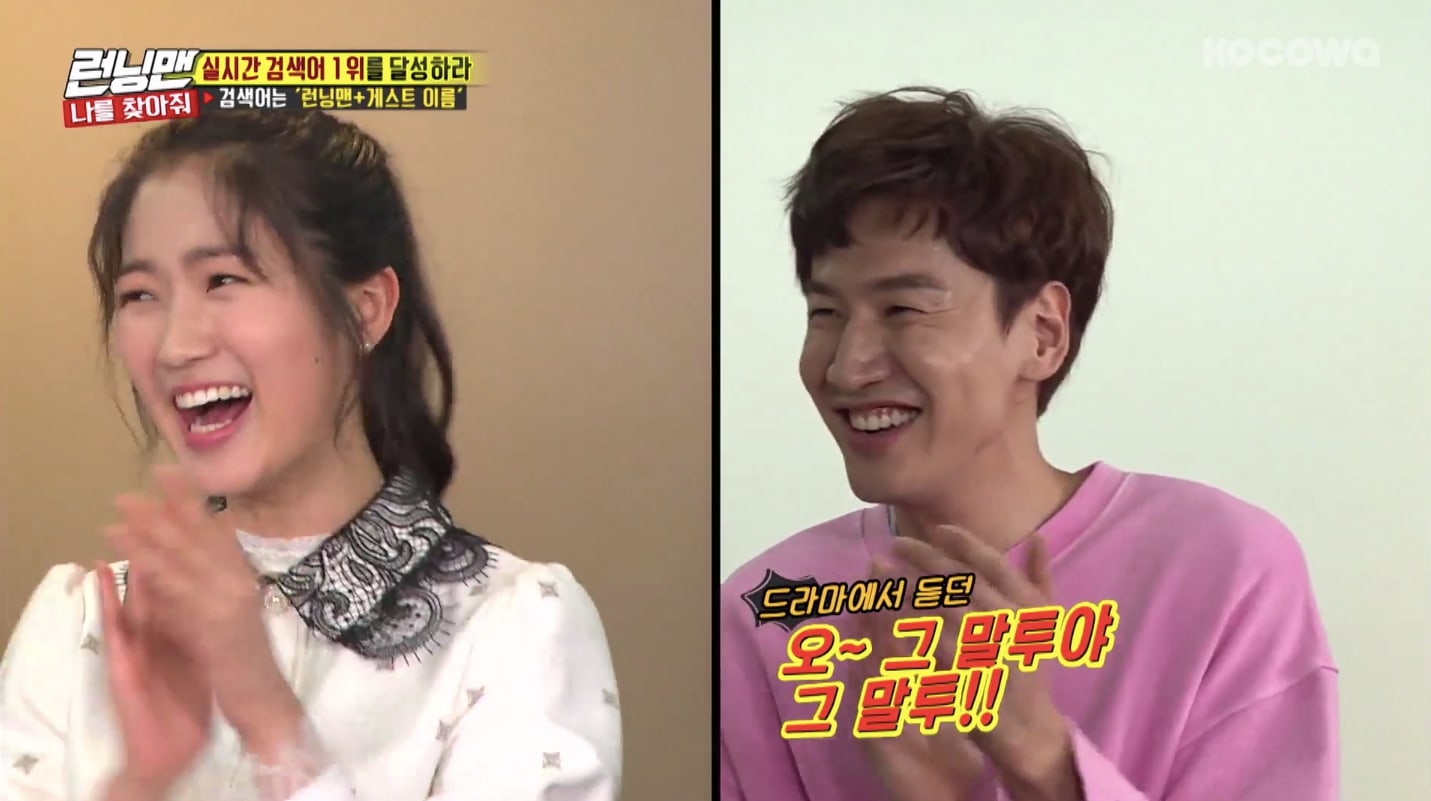 Yoo Jae Suk then asked if Kim Hye Yoon had been busy lately, and she replied with a laugh, “After graduating from college, I’m currently unemployed. I don’t have a follow-up drama lined up yet.”

The “Running Man” cast responded, “But you must be getting a lot of casting offers, right?” Kim Hye Yoon hesitantly shook her head and laughed, “I think I’ll need to work hard.” 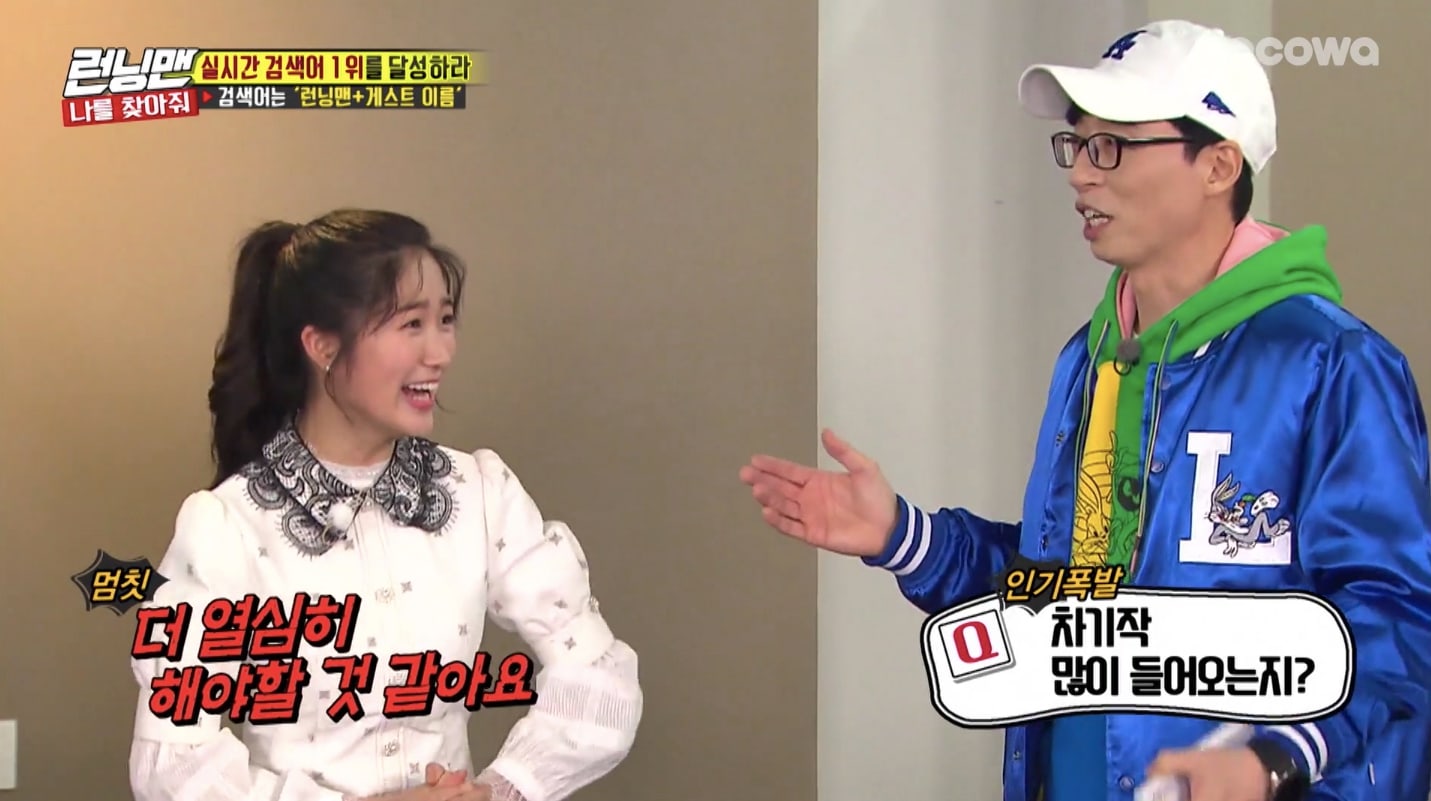 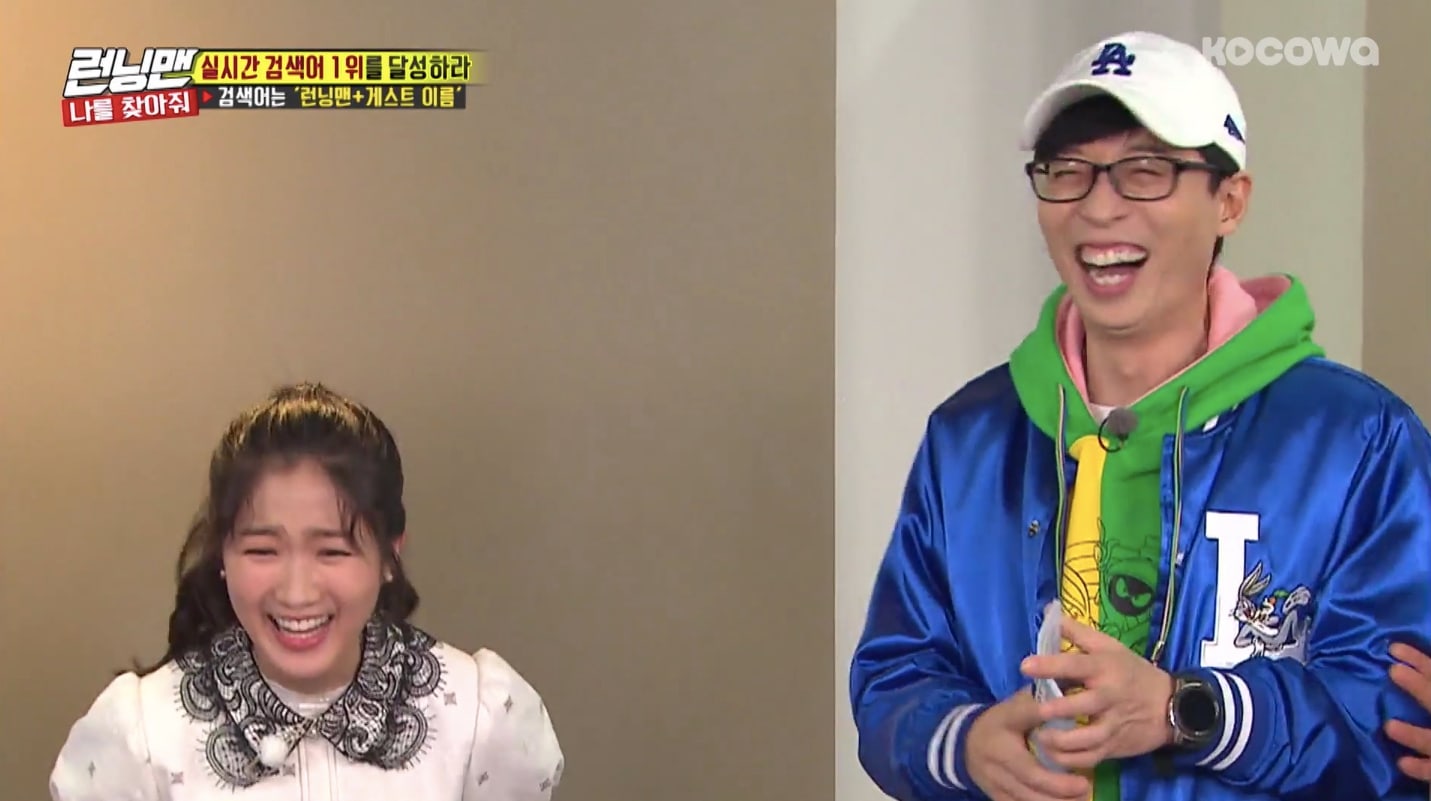 Later, when Yoo Jae Suk asked if she could feel the rise in her popularity since “SKY Castle,” Kim Hye Yoon replied humbly, “I felt it for the first time when I came here, when I was invited to appear [on ‘Running Man’].”