TWICE Shoots To Top Of Many Major Realtime Charts With “Fancy”

TWICE is back at the top of many major realtime charts, this time with “Fancy“!

The JYP Entertainment group released their new mini album “Fancy You” on April 22 at 6 p.m. KST. It features the title track “Fancy,” which was written by Black Eyed Pilseung and Jeon Goon. 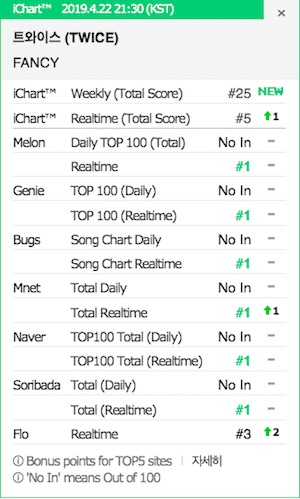