Channel A Reports Details Of Another Suspected Sexual Assault Perpetrated By Jung Joon Young, Choi Jong Hoon, And Other Members Of Group Chatroom

On April 22, Channel A released a news report on the details of another suspected sexual assault perpetrated by the members of the group chatroom including Jung Joon Young, Choi Jong Hoon, and more.

According to Channel A, a group of women have filed a bill of complaint stating that they were sexually assaulted in Hongcheon, Gangwon Province, by Jung Joon Young, Choi Jong Hoon, and others. The women allege that they were given drinks by the men and have no memory of what happened afterwards.

The report stated that five men, including Jung Joon Young, Choi Jong Hoon, and a Burning Sun employee, went on a trip to a resort in Hongcheon, Gangwon Province, in January 2016. Jung Joon Young reportedly took the lead in planning the trip and invited several female acquaintances along.

According to the report, the police are investigating the group chatroom conversations that happened around this time. The conversations contain language that suggest that the women might have been sexually assaulted at the resort. In addition, some videos were shared that are suspected to have been illegally filmed. 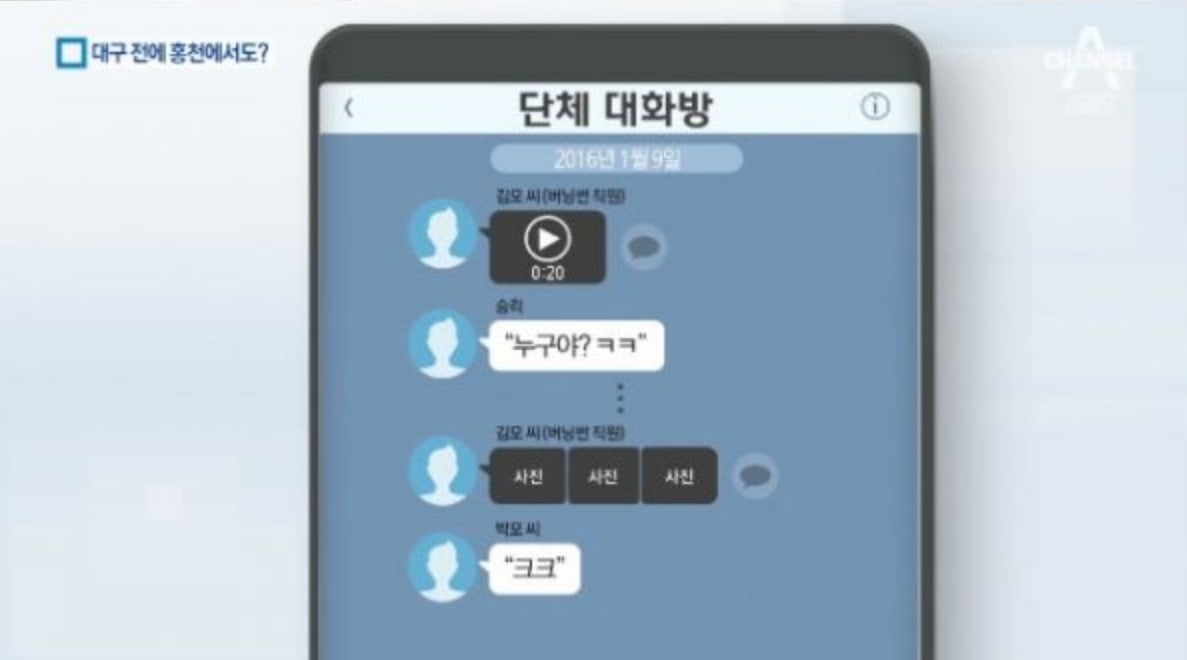 The report further states that although Seungri did not attend the trip, he commented in the chatroom on January 9, 2016, writing “Who is that? [symbols indicating laughter]” in response to a video shared by “Kim,” who is identified as a Burning Sun employee. “Kim” also shared photos, to which someone identified as “Park” also responded with symbols indicating laughter.

Back on April 18, SBS funE reported testimony from a woman identified as “A,” who stated that she was sexually assaulted by five men – Jung Joon Young, Choi Jong Hoon, Burning Sun employee “Kim,” former YG Entertainment employee “Heo,” and businessman “Park” – at a hotel in March 2016.

According to a police source, the police are investigating various KakaoTalk messages that suggest multiple-perpetrator sexual assault. Because the victims are female, investigations of the victims have been passed to the Women’s and Juvenile Affairs Division of the Seoul Metropolitan Police Agency.