Ji Chang Wook, undoubtedly one of today’s ultimate K-drama crushes, is finally back from his military duties, and the beloved actor is already set to star in a romantic comedy. He’s surely bound to make fans who have missed him so happy once more with his amazing talents and genuine personality. The wait was definitely worth it, and with throbbing hearts, here are reasons to celebrate his return from the army.

We will get to see him in action again.

Aside from his unique ability to make hearts skip a beat with his romantic dramas, Ji Chang Wook is also known to thrill viewers with his strong, heroic roles in action dramas. And he doesn’t just do any typical action scenes. They’re all well-shot, choreographed, and executed – they’re almost like works of art. Not to mention the intense facial expressions that will make you want to save him from the bad guys or be saved in his arms.

We’ll be able to see his gripping acting skills that make us laugh, cry, and everything in between.

Ji Chang Wook’s superb acting ability, beyond his incredibly good looks (which is a definite plus), is what sealed his name as one of the most anticipated Korean actors. He’s played the intellectual lawyer in “Suspicious Partner,” a patriotic bodyguard in “The K2,” a mysterious (and sometimes wacky) man with different identities in “Healer,” and a rogue emperor in “Empress Ki” — among many of his memorable roles. He’s got variety and he’s willing to take on unusual characters that make him feel challenged.

In an interview with Kukmin Ilbo (English translation by teappanijcw) where he was asked to share about his firm foundation in acting, he said, “Because of that, it created who I am today and my own color (in acting). If I continue to walk down my own road like this, I think I’ll be able to show more of my own distinct colors.” He also admitted that he shares “some similarity with every character. For example, in certain situations, Kim Je-Ha (“The K2″) can be cold and doesn’t trust people easily. I think I have that side of me too. When I’m among my friends I think I can be wacky like Park Bong Soo in ‘Healer.'”

We’ll be able to see the chemistry he has with lead actresses again in his next project.

Get ready to fall head over heels and literally turn into goo once again, because Ji Chang Wook is in talks for a role in tvN’s upcoming Saturday-Sunday drama “Please Melt Me,” which is quite an appropriate title. Whether it’s a deep, longing look, a sweet smile, or an intense kiss, he’ll definitely deliver, just like he did with his past K-drama partners.

His voice is like music to our ears, and we will get to hear him sing again.

As a multi-talented individual, he is able to find different ways of expressing emotions through acting, dancing, or singing. In “Suspicious Partner,” he lent his deep, smooth voice in the soundtrack, “101 Reasons Why I Love You,” as well as in the musical “The Days.”

He is not afraid to make fun of himself, and we’ll get to laugh at his antics again in variety shows and dramas.

You just never know what you’re gonna get when Ji Chang Wook is around.

We’ll be able to see more of his kind personality.

In interviews, he often expresses his concern for co-actors and staff, and everyone he works with only has good words to share about him. In an interview with Hallyu World, he gives credit to the staff who often receives little recognition, even when they were part of how a good drama came to be. He said, “It may be scary, and stressful, and hard work, but [an actor] has the audience there to motivate him. But it’s different for the staff behind the scenes. They don’t get the wealth and fame for working under such dangerous conditions… So actors should perform with responsibility.” 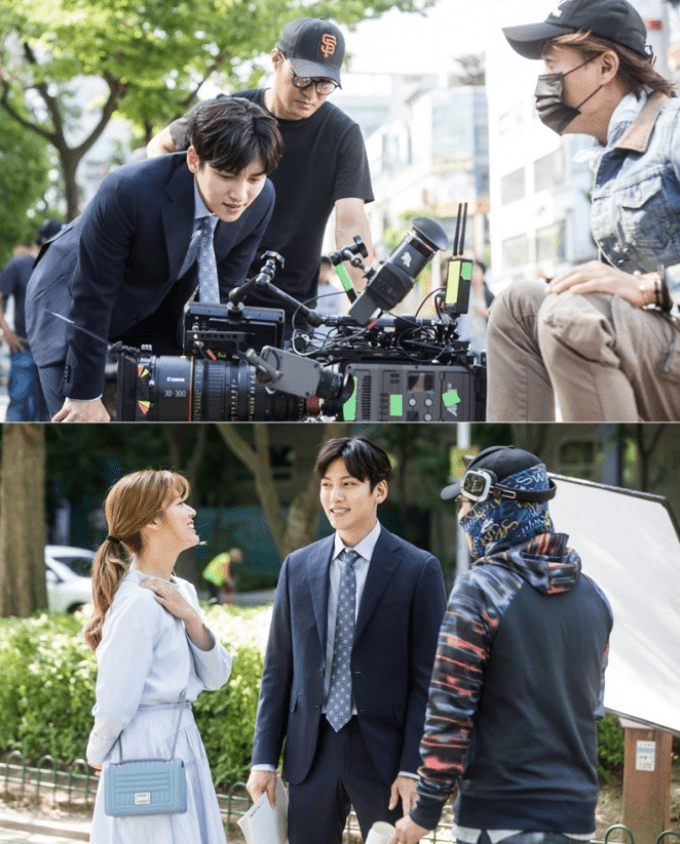 We’ll be able to see his beautiful smile again.

There’s no better reason to celebrate than seeing his sweet smile on and off the screen. Welcome back, Ji Chang Wook!

Hey Soompiers! What did you miss most about Ji Chang Wook? Let us know in the comments below!

Currently watching: “Radiant,” “Romance Is a Bonus Book,” “Touch Your Heart”
All-time favorites: “Because This Is My First Life,” “Weightlifting Fairy Kim Bok Joo,” “Goong,” “My Love from the Star,” “My Ajussi”