Yulhee Opens Up About Married Life, First Time She Met Minhwan, And More

On the April 26 episode of “Happy Together,” Yulhee appeared as a guest and talked about her married life with FTISLAND’s Minhwan.

The couple has shown their daily lives through the variety show “Mr. House Husband.” Yulhee mentioned living in the same building with her in-laws and shared, “When we were dating, I told Minhwan that if we get married, I want to enjoy our newlywed life. But now that we have a baby and don’t have time to clean up, we live in the same building. Our house is half underground, so people can see the inside of our home. They can see all our displays of affection. One day, we were kissing when my mother saw us. After that, a wreath was installed on the door at her eye level.”

Yulhee also said they recently talked about moving out. She said, “I told Minhwan ‘I know it’s impossible, but I want to move out.’ He told me to only trust him. I just wanted him to understand me, but while I was gone because I was at my parent’s house, he told my in-laws. They cried. There was a misunderstanding in the process of the message being conveyed. The crisis brought us closer together. Nowadays, I’m the one who doesn’t want to move out.” 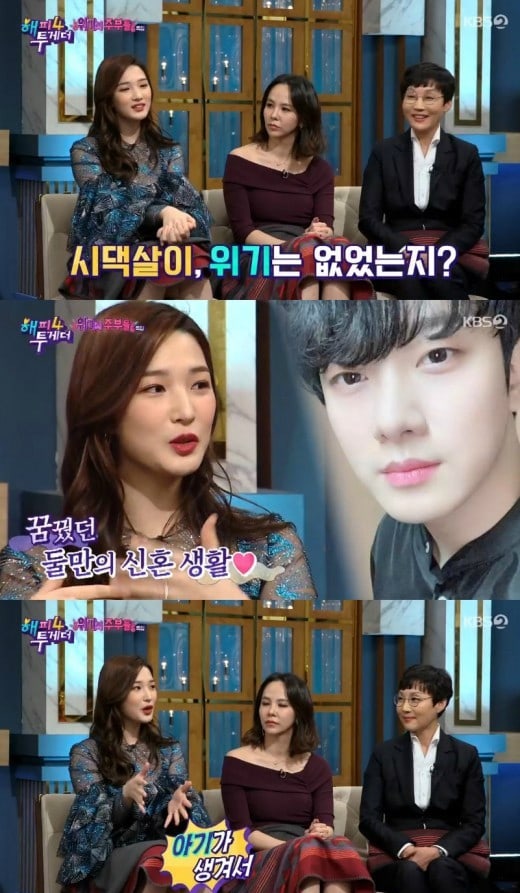 Then she talked about her premarital pregnancy. She said, “I kept my pregnancy a secret and continued my activities. I informed my husband and in-laws first and told my mom and dad, but as soon as I said, ‘I’m pregnant,’ my mom cried.”

Yulhee also revealed who is in charge of finances. She shared, “My mother-in-law was managing the money. It was because I wasn’t confident, but Minhwan was the first one who said, ‘Yulhee, you do it,’ so I started being in charge of it.” Then she added, “I’m learning from my mother-in-law as I go to the bank with her. Before my marriage, [Minhwan] spent 5 million won [approximately $4,304] as pocket money, but now he’s spending 500,000 won [approximately $430]. I’ve been frugal since I got married.” 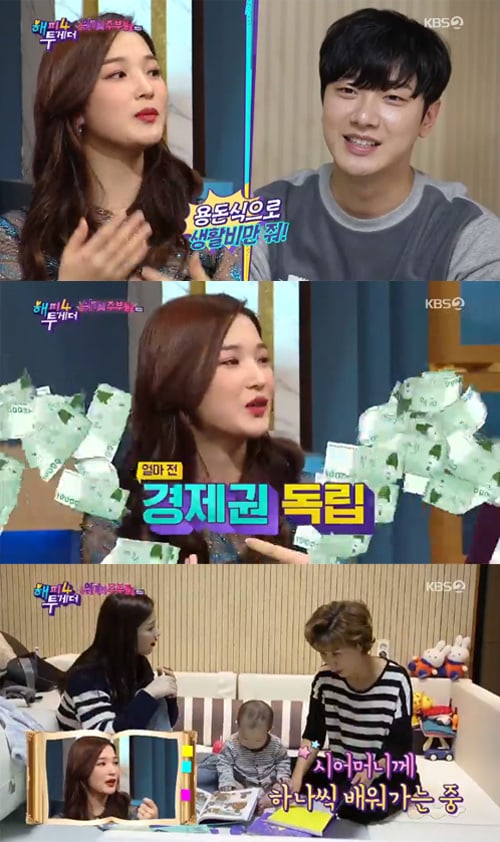 Yulhee also opened up about her love story with Minhwan, which began while she was member of LABOUM. She started, “When our album came out, I greeted my seniors for the first time. I said hello to FTISLAND, and I saw Minhwan in the corner with a dark aura. He didn’t seem interested, but I kept staring at him.”

She continued, “Then I forgot about him, but two years passed by and an acquaintance mentioned Minhwan. We then went on a blind date. He must have thought we were compatible because he asked, ‘Chubby, want to be mine?'”

The hosts asked why he called her Chubby, and she explained, “I’m chubby, so he calls me that as a pet name. He still calls me that now.” 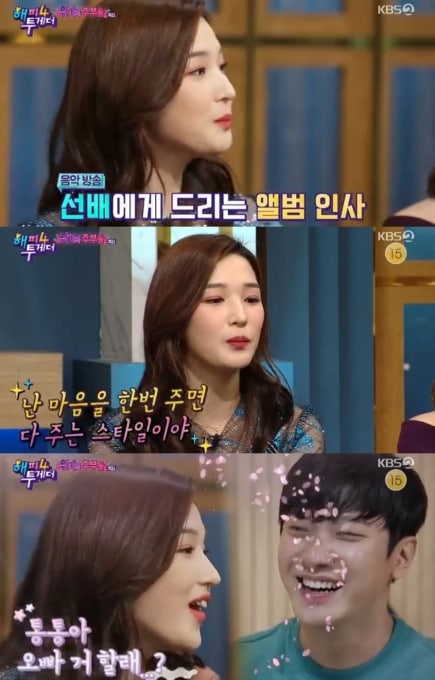 FTISLAND
Happy Together
Minhwan
Yulhee
How does this article make you feel?