On April 25, IZ*ONE appeared as guests on Mnet’s “TMI News.” 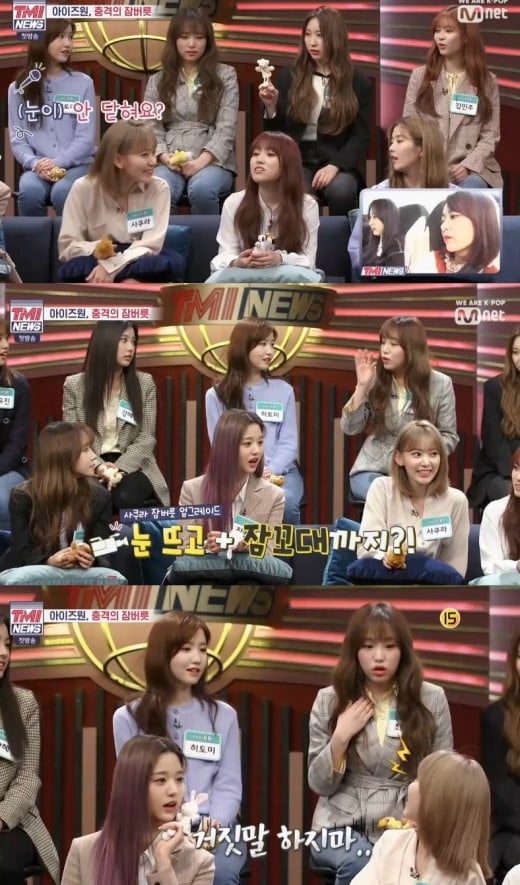 Then the members shared that their wish for the future was to become queens of advertisments. They especially want to film an advertisement for chicken and they said, “It feels like only the most popular celebrities film advertisements where they eat chicken legs.”

The group was also told that there was a special guest, actor Gong Yoo, although it ended up being a joke call by someone doing an imitation. Miyawaki Sakura is a huge fan of the drama “Goblin,” so she was especially shocked to hear what sounded like his voice over the phone call. IZ*ONE was disappointed at the trick but laughed it off good-naturedly. 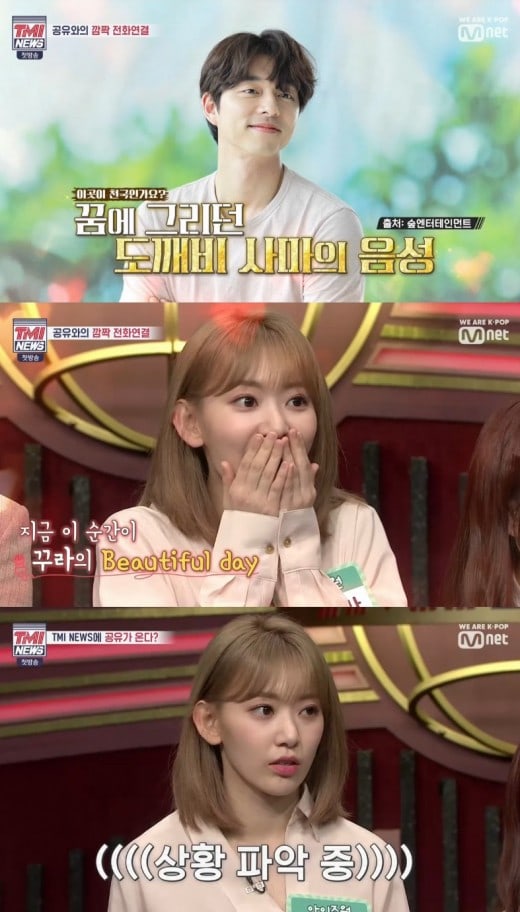 The hosts mentioned that Ahn Yoo Jin has two different looks. This is because when she wears glasses, her eyes become very small. Ahn Yoo Jin replied her vision is -9.0 and she’s had bad eyesight ever since she was in elementary school.

Choi Ye Na announced that she is a fan of Apink’s Yoon Bomi, who is one of the hosts of the show. Choi Ye Na knew all her information, including her birthday, YouTube channel, and more. Bomi encouraged her by performing Apink’s “No No No” with her.

IZ*ONE
TMI News
How does this article make you feel?