Red Velvet’s Wendy will be making a special appearance on this week’s episode of MBC’s “Love Me Actually”!

On April 27, the romance variety show, which features male celebrities going on trips with non-celebrity women, announced that Wendy would be appearing as its very first special MC.

As an avid viewer of the show, Wendy excitedly told the other MCs, “I was curious to find out what kinds of things would happen at the ‘Love Me Actually’ gathering, so I came to see for myself.” As soon as filming began and the MCs began watching footage of the “Love Me Actually” cast, she happily exclaimed, “This is fun.”

When asked whether she was rooting for any of the cast members in particular, Wendy chose the Kim Min Kyu-Chae Ji An couple. “Seeing the two of them being shy and embarrassed, it made me feel for them a little more,” she explained. 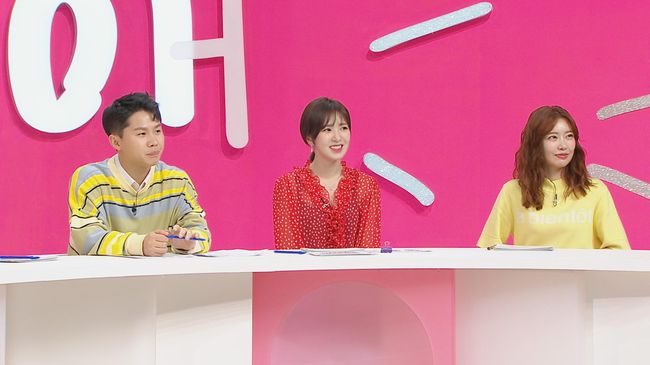 Wendy also talked about her own love life—or lack thereof—during filming. The Red Velvet member shared that she felt envious of the “Love Me Actually” cast, explaining that because she had been a trainee from a young age, she hadn’t had a chance to go on blind dates.

When the other MCs suggested that she join a gathering of people like the one on “Love Me Actually,” Wendy responded, “What if they don’t like my real self, which is different from the glamorous version of me on TV?”

Wendy went on to talk candidly about her dating style, revealing, “When I give my heart to someone, I give them everything.” Host Sung Si Kyung replied warmly, “Whoever ends up winning Wendy’s heart, I hope that you have a great relationship.”

Red Velvet
Wendy
Love Me Actually
How does this article make you feel?