GOT7 is celebrating a meaningful milestone!

On April 27, the group surpassed six million followers on the video platform, making them the third group to do so following BTS and EXO. 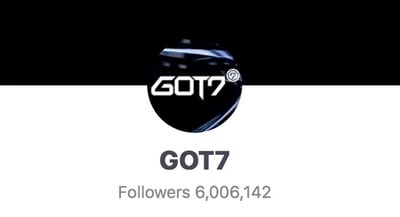 GOT7 had celebrated five million followers in August 2018, and they have continued to grow since then.

In order to celebrate the new milestone, GOT7 released a sweet behind-the-scenes video for their repackaged album “‘Present: YOU’ & ME” where they not only showed the members having fun as they prepared for the album, but also showed the members sitting down to talk about memorable moments, their love for fans, future goals, and heartfelt messages to each other.

Check out the video below and congratulations to GOT7 for reaching an amazing milestone!