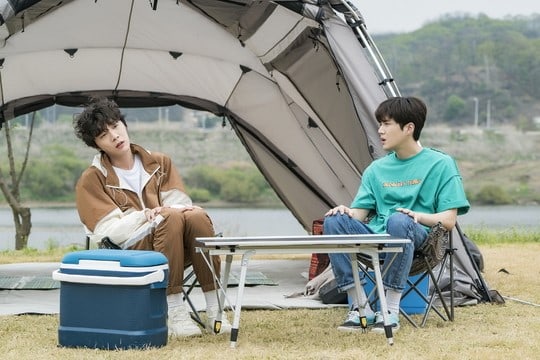 In the previous episode, Joon Ki (played by Lee Yi Kyung) brought the laughs by transforming into the children’s super star as the “upright ahjussi.” Ki Bong (played by Shin Hyun Soo) tried to become the quiz king, and they cried as Yoo Ri (played by Kim Ye Won) came face to face with harsh reality. At the end of the episode, Woo Shik (played by Kim Seon Ho) confessed his feelings while drunk to Soo Yeon (played by Moon Ga Young), making viewers curious to see how their relationship will change in the future. 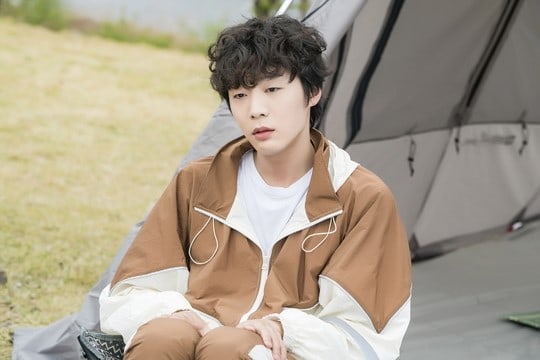 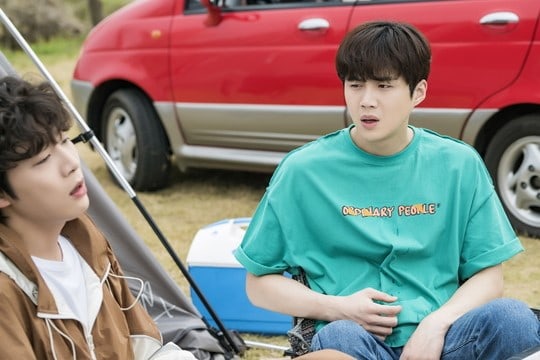 The new stills show Woo Shik and Ki Bong spending their free time together. While Ki Bong appears to be spacing out, looking completely drained, Woo Shik looks at him annoyed and disgruntled. The pitiful and bleak mood created by the two men on the camping grounds made viewers question who exactly came up with the idea of going on this camping trip. Furthermore, stills also showed Woo Shik getting a nosebleed and Woo Shik and Ki Bong rolling on the ground while fighting and pulling at each other’s hair. Instead of having a nice camp outing, the two end up brawling, piquing the audience’s interest as to how the scene will play out. 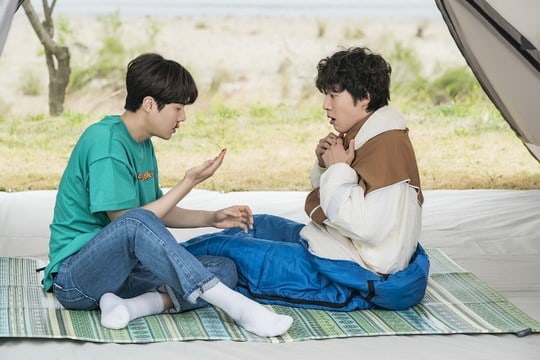 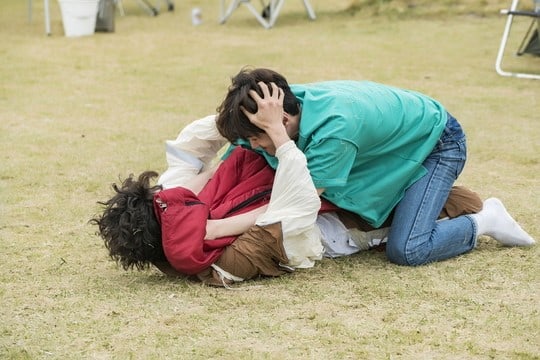 In the upcoming broadcast of “Welcome to Waikiki 2,” Woo Shik will continue to express his love for Soo Yeon, and things will take an unexpected turn while he attempts to cheer up his close friend. Despite moments depicting the sad reality, “Welcome to Waikiki 2” makes viewers laugh with the endless energy from the youth.

The production staff of “Welcome to Waikiki 2” shared, “Please look forward to the explosive comedic synergy brought by the pitiful yet refreshing bro chemistry of the fresh combination of Woo Shik and Ki Bong.”

“Welcome to Waikiki 2” airs every Monday and Tuesday at 9:30 p.m. KST. Catch up with the latest episode below!

Shin Hyun Soo
Kim Seon Ho
Welcome to Waikiki 2
How does this article make you feel?