“Haechi” has been maintaining its position as the most-watched Monday-Tuesday drama in its time slot with its fast-paced storyline and stellar performances from the cast. And as the drama nears its end, the new stills are drawing attention as it makes viewers wonder if Prince Yeoning (Jung Il Woo) and Yeo Ji (Go Ara) will finally recognize their feelings for each other and head to a happy ending.

The relationship between Prince Yeoning and Yeo Ji has been like walking on a tightrope between friendship and love, and it looks like the two are finally picking a side as they stare longingly into each other’s eyes in the new stills. The warm smiles and soft gazes they exchange are enough to get hearts racing. 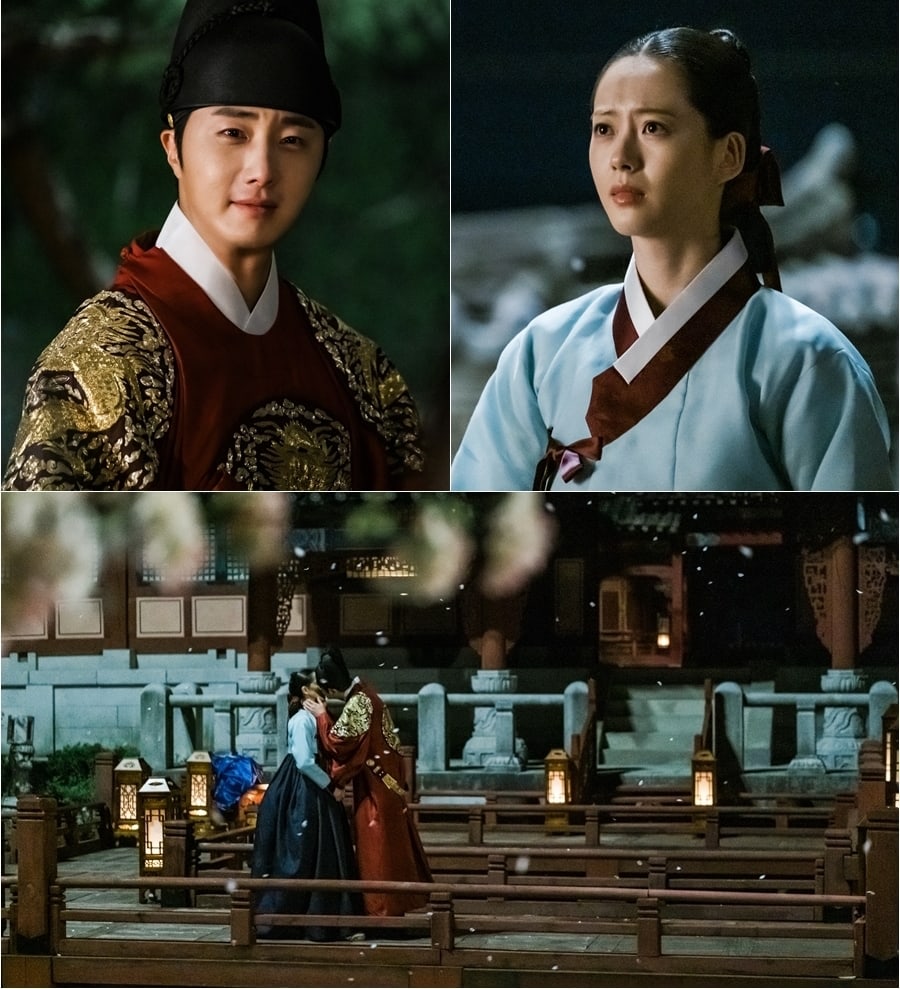 And finally, the two share their first kiss, drawn to each other as if some magical force is pulling them together. The pair have been pushing down their feelings for each other but they appear to be finally letting each other know. It will be interesting to see if Prince Yeoning is able to lead the country into a new era while protecting the person he loves.

The production staff of “Haechi” said, “Jung Il Woo and Go Ara’s characters have both matured and learned to open their hearts to each other. As they show each other how they truly feel, we hope viewers will keep watching to see if their characters finally go from teetering between friendship and love to a budding romance.”

“Haechi” airs every Monday and Tuesday at 10 p.m. KST. Check out the latest episode below!