On the April 28 episode, Miyawaki Sakura brought IZ*ONE’s first place trophy from a music show and everyone congratulated her. She also took out a box of steamed white rice cake and as well as a customized topper that read, “Let’s meet again, ‘Everyone’s Kitchen.'”

After enjoying a delicious meal with the cast and guests, she said, “There’s something I wanted to say, but since I’m not good at Korean, I wrote a letter.”

Reading her letter to Kwanghee out loud, she said, “Thanks to Kwanghee, it was so much fun every time. Thank you for helping me a lot. Let’s all go eat together sometime and I hope we can see each other again. From Sakura.” She also drew a picture of Kwanghee’s face on the letter that closely resembled him, and he thanked her for the letter. 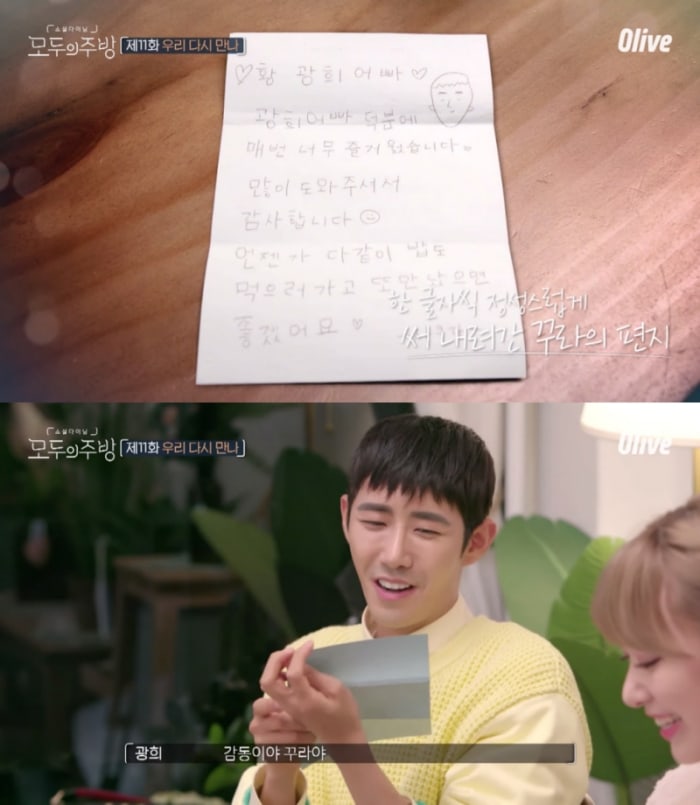 To Lee Chung Ah, she wrote, “Thank you for being nice to me on ‘Everyone’s Kitchen.’ I’m happy that I have an older sister who I can share my thoughts with in Korea. I hope we can see each other more.” The actress thanked the IZ*ONE singer and burst into laughter when she saw the drawing of her face on the letter. 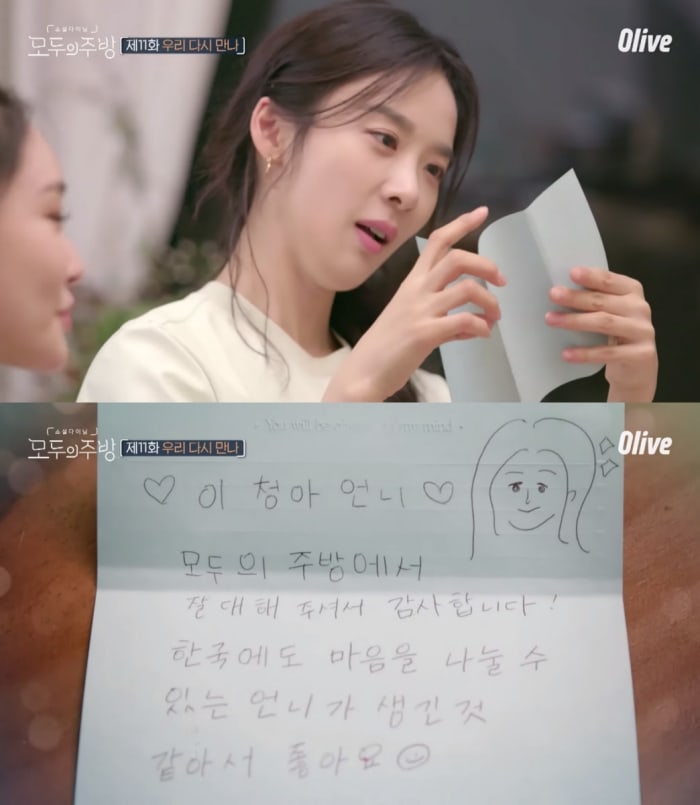 To Kang Ho Dong, Miyawaki Sakura said, “Thank you for always taking care of me on ‘Everyone’s Kitchen.’ Thank you for being my friend. It’s so sad to end like this, so let’s all eat together and I hope we can see each other again. From Sakura.” The idol drew a picture of Kang Ho Dong laughing on the letter, and everyone praised her.

Sakura also shared selfies with guest Chungha and fellow cast member Kwanghee on Twitter. She wrote, “‘Everyone’s Kitchen’ which was always welcoming and full of laughter. The kitchen that was unfamiliar at first became a familiar, comfortable place for Sakura and WIZ*ONEs. It was joyful to see Sakura improving her Korean and variety skills. Let’s meet again.”

Miyawaki Sakura
IZ*ONE
Everyone's Kitchen
How does this article make you feel?