Kim Seon Ho is ever the romantic as he pulls off a “Love Actually”-style confession to Moon Ga Young in “Welcome to Waikiki 2.”

“Welcome to Waikiki 2” is the second season about the Waikiki guesthouse and the six young people that operate and live in it. The heartwarming drama follows the young men and women as they navigate through and experience the hardships of their careers, love, and friendship.

In the released photos, Kim Seon Ho is determined to confess to Moon Ga Young. She appears to be unable to hear, as her ears are bandaged. He holds up a sketchbook for her to read that says, “I have something to tell you.” However, something appears to be wrong with her eyes soon after, as she is seen with bandages over them next. 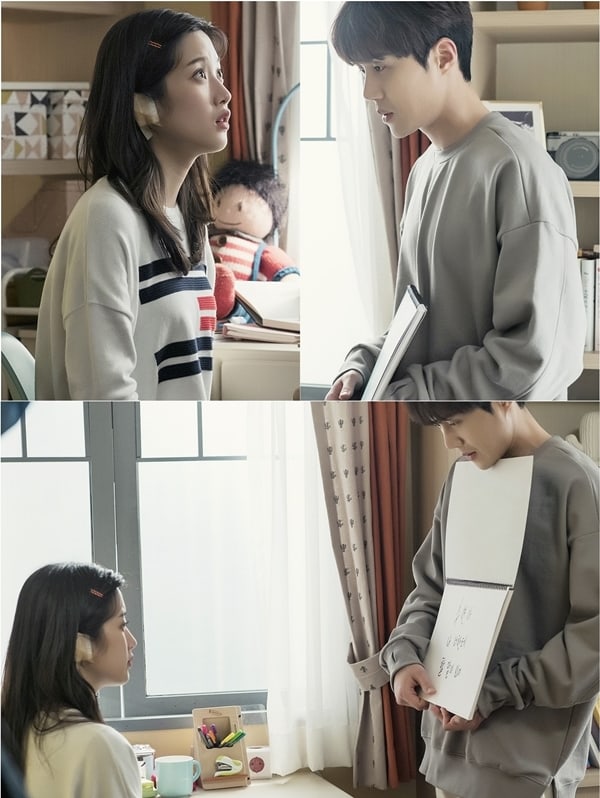 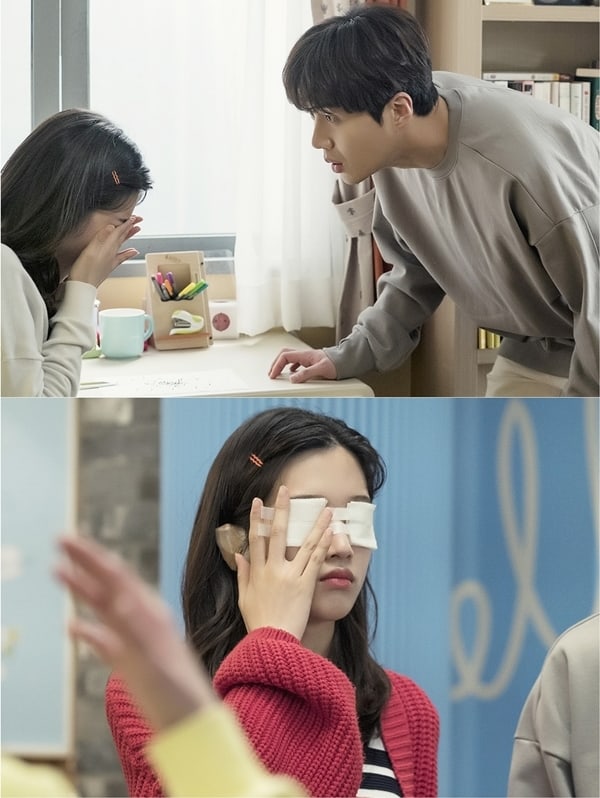 Previously, Han Soo Yeon made her debut as a reporter and went to get drinks with the producing director (PD). Cha Woo Sik was worried about her being drunk and came to pick her up. Seeing the situation, he convinced the PD to have drinks with him in order to make him black out. After returning to the guesthouse, he drunkenly yet bravely confessed to Han Soo Yeon, saying, “I like you. A lot. I haven’t forgotten about you for a second since the first time I saw you.”

The production staff stated, “Though he’s unlucky in that he is hindered by some unpredictable event every time he gets a chance to confess his feelings, which is something he waited 10 years for, Woo Sik’s funny yet sad one-sided love will be both refreshing and cute. Please look forward to finding out when Woo Sik’s forward romance will reach Soo Yeon’s heart.”

Moon Ga Young
Kim Seon Ho
Welcome to Waikiki 2
How does this article make you feel?