IZ*ONE talked about their love for learning on tvN’s “Problematic Men.”

On the April 29 broadcast, all 12 members appeared as guests and tested their intelligence with various questions.

IZ*ONE entered the set and asked about the criteria for choosing teams, and the cast explained that they could sit with whoever they wanted to solve questions with. Block B’s Park Kyung and Tyler Rasch then smiled once it was announced that they received the most number of votes for solving problems well. Jang Won Young and Jo Yu Ri said that they chose Jun Hyun Moo, and he made everyone laugh by replying, “You must have not watched the show.”

The 12 members’ different points of intelligence were revealed. Yabuki Nako’s keyword was “gifted at ballet” while Honda Hitomi’s was “No. 1 student in school.” Honda Hitomi revealed that she was the top student at her school even during her busy promotions. She said, “There wasn’t a lot of time to study, so I studied inside of the Shinkansen [bullet train] when getting places,” and chose language arts as her best subject.

Jang Won Young revealed that she won awards three times at her school’s math contest when she was in elementary school and that her highest achievement was first prize. She also attended an English-speaking kindergarten and showed off her excellent English skills.

Jun Hyun Moo commented, “I am curious as to where that English-speaking kindergarten is,” and Tyler Rasch added, “Her pronunciation is good.” 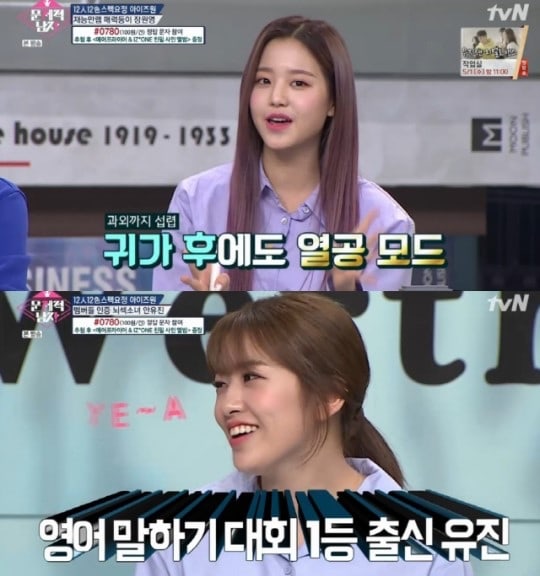 “In elementary school, I got really immersed when focusing on something,” explained Jang Won Young. “I got flute, piano, violin, and swimming lessons, and then got tutored in math and English at home. I then got a nose bleed. My mom said that I didn’t have to do it if I didn’t want to, but I said that I liked doing them.”

Kang Hye Won revealed that she loves math so much that she solved problems in the textbook “The Art of Mathematics” for fun and added that she solved math problems in her free time while filming. Miyawaki Sakura, who is well-known for her love for gaming with her own YouTube channel, graduated from the prestigious Kyushu private school Shigakukan Junior High School and said that she studied for 10 hours a day. 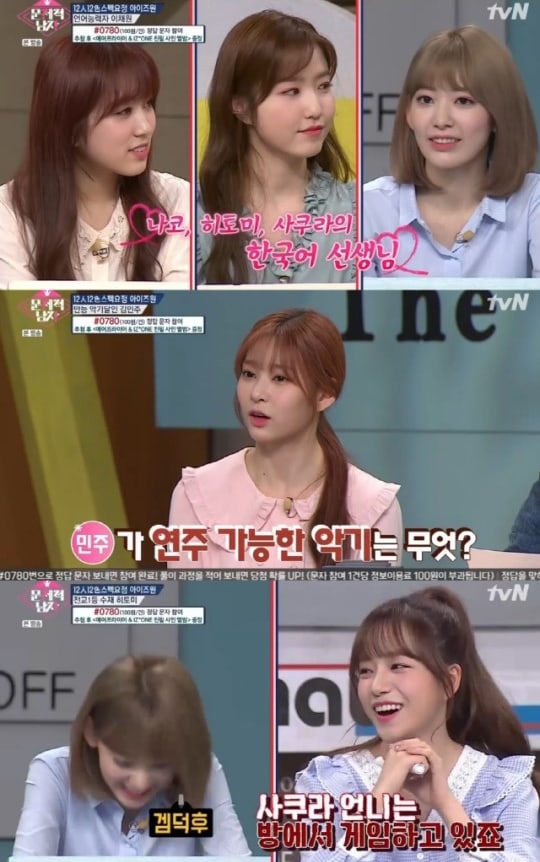 “Problematic Men” airs on Mondays at 11 p.m. KST via tvN.

Problematic Men
IZ*ONE
How does this article make you feel?