“Arthdal Chronicles” will take place in the mythical city of Arthdal, the capital city of the Gojoseon kingdom. It will tell the stories of heroes who create legends of their own in the ancient land called Arth.

The main poster released on April 30 portrays the mysterious ancient city Arthdal. The caption running down the center of the poster reads, “The beginning of all legends of the world.” 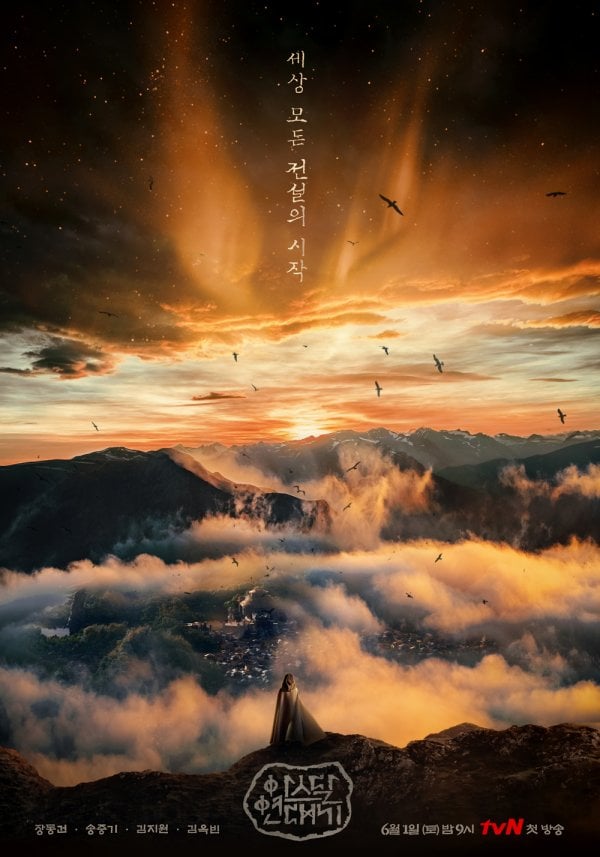 The production team shared, “We did our best to depict the intense feeling of the city Arthdal, which will play a key part in ‘Arthdal Chronicles.'” The team added, “Watch how ‘Arthdal Chronicles’ will portray the lives and fate of ancient civilization and ancient humanity, which were only feasible in our imaginations.”

With this being the first Korean drama to take place in ancient civilization, “Arthdal Chronicles” has contemplated how to relay the story to viewers. The drama is scheduled to air in three parts, divided according to the big changes that happen in the story. “Part 1: The Children of Prophecy” and “Part 2: The Sky Turning Inside Out, Rising Land” will air with each part allotted six episodes for a total of 12 episodes.

The turning point of the main characters such as Ta Gon (Jang Dong Gun), Eun Sum (Song Joong Ki), Tan Ya (Kim Ji Won), Taeilha (Kim Ok Bin), and others will take place in “Part 3: Arth, The Prelude to All Legends,” which is expected to air sometime in the latter half of 2019. The production team focused all of their capabilities into Part 3, as Part 1 and Part 2 will develop the characters and storyline to build the interest and understanding of the story.

“Arthdal Chronicles” is set to premiere on June 1 at 9 p.m. KST after the conclusion of “Confession.”