During the show, Ryeowook said he was so thankful to the members who shot ads while he was in the military.

“The members can’t know this, but… I was paid,” said Ryeowook. Eunhyuk, hearing the news for the first time, said, “Really? Wait.. really?”

Ryeowook said, “So I treated myself to some good food.” 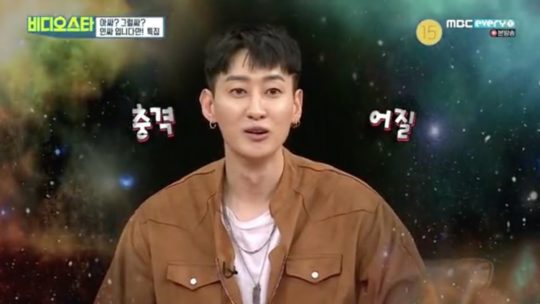 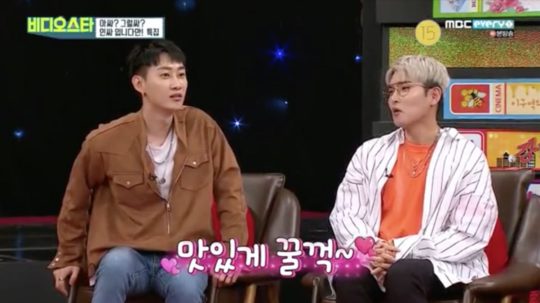 The hosts asked if Super Junior still splits their earnings between all members, and Eunhyuk said, “No. For us, it’s only the person that does the work that gets paid.”

Ryeowook let Eunhyuk know that the contract for the ad was for the whole group, and Eunhyuk couldn’t hide his shock and bewilderment. Ryeowook said, “Even if just two members had shot the ad, I would’ve gotten paid.” 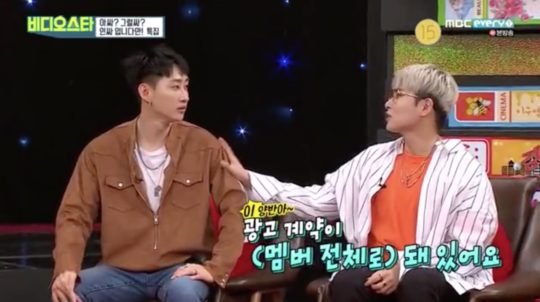 The hosts asked Eunhyuk why he didn’t read the contract, and he said, “Well of course… I don’t read the contract that thoroughly.” On whether he got any payments for ads that his members shot while he was in the military, Eunhyuk said he doesn’t really check, so he doesn’t know. “After hearing this, I think I need to be more attentive.”

Ryeowook said, “The member that checks every cent in his account balance is Leeteuk, and on the opposite end of the spectrum is Eunhyuk.”

Super Junior
Eunhyuk
Ryeowook
Video Star
How does this article make you feel?