tvN’s “Her Private Life” has unveiled a sneak peek of its upcoming episode!

Ryan Gold previously took his first steps towards becoming the ultimate Sung Duk Mi fan by joining her Si An fansite and going undercover to learn more about her. He also ended last week’s episode by catching her off guard with an unexpected kiss.

Meanwhile, Sung Duk Mi looks shocked by something as she covers her mouth with one hand in surprise, piquing viewers’ curiosity about what might have surprised her. 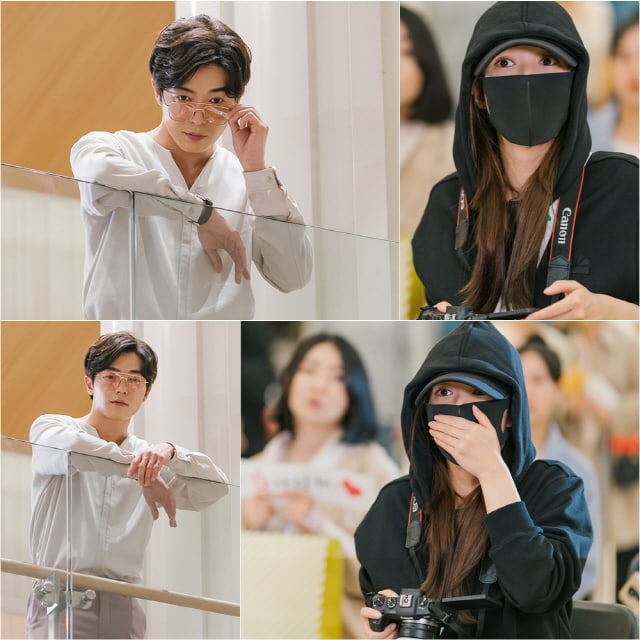 To find out what caused Sung Duk Mi’s shocked expression, catch the next episode of “Her Private Life,” which airs on May 1 at 9:30 p.m. KST!

In the meantime, you can watch the latest episode of the drama with English subtitles below: