On May 2, Gaon Chart revealed its weekly rankings for the week of April 21 through 27.

BTS’s “Boy With Luv” maintained its reign for the second consecutive week on the overall digital chart. JANNABI’s “for lovers who hesitate” continues to rise and placed No. 2, while BOL4’s “Bom” took No. 3. TWICE’s “FANCY” entered at No. 4, and Taeyeon’s “Four Seasons” maintained its position at No. 5. 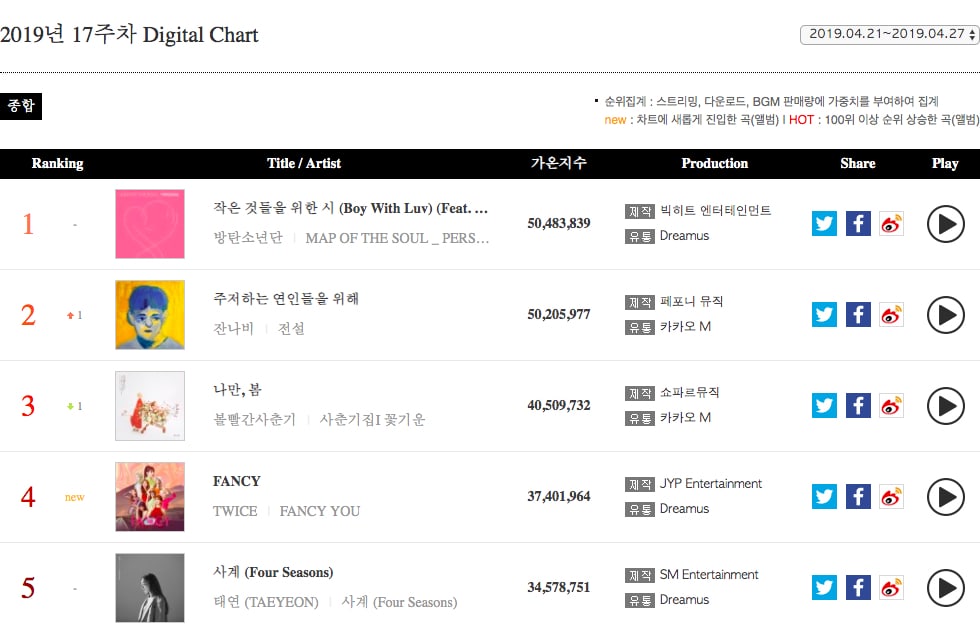 “FANCY” made a strong debut at No. 1 on the download chart. Previous releases “Boy With Luv,” “for lovers who hesitate,” “Bom,” and BLACKPINK’s “Kill This Love” round up the top five. 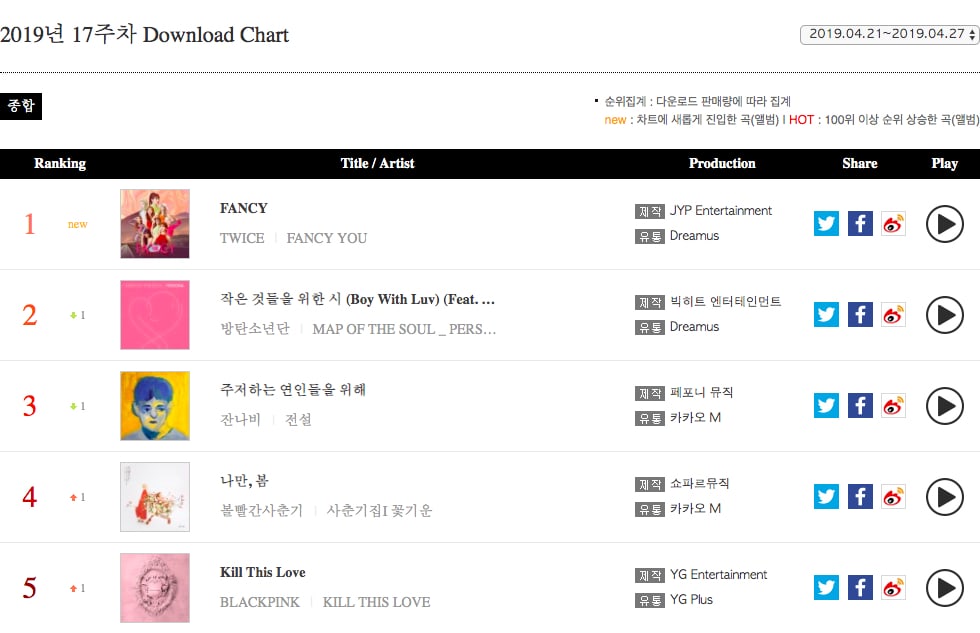 The top five of the streaming chart includes the same five tracks as the previous week. “for lovers who hesitate” has now risen to No. 1 and is followed by “Boy With Luv” and “Bom.” “Four Seasons” and “Kill This Love” took fourth and fifth, respectively. 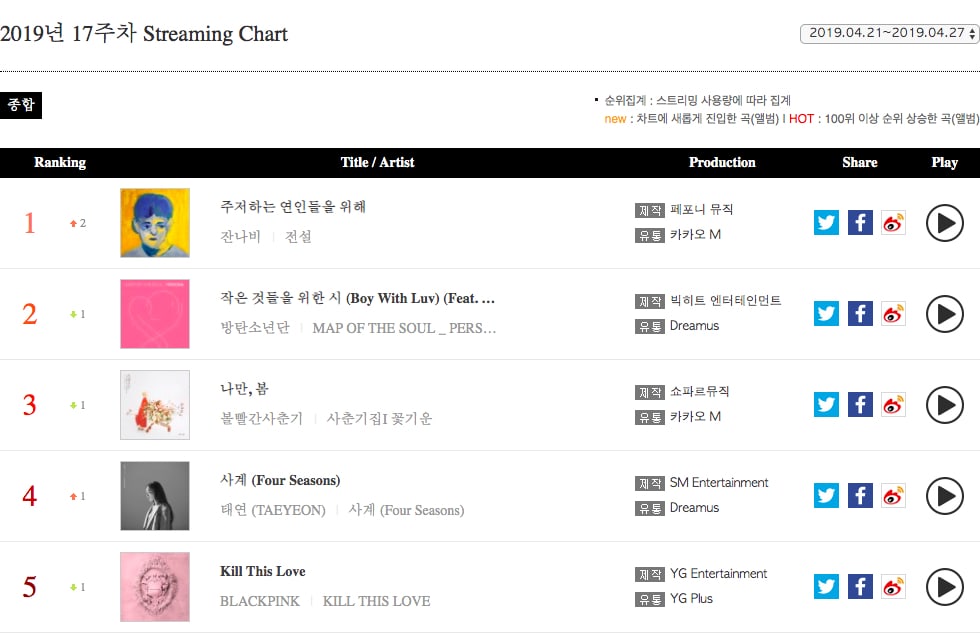 BTS’s “Map of the Soul: Persona” remained on top of the album chart recording physical album shipments for the third consecutive week. The rest of the top five is dominated by new releases with TWICE’s “FANCY YOU” at No. 2 and BLACKPINK’s “KILL THIS LOVE” at No. 3. Yoon Ji Sung’s “Dear diary” placed No. 4, and N.Flying’s “Spring Memories” took No. 5. 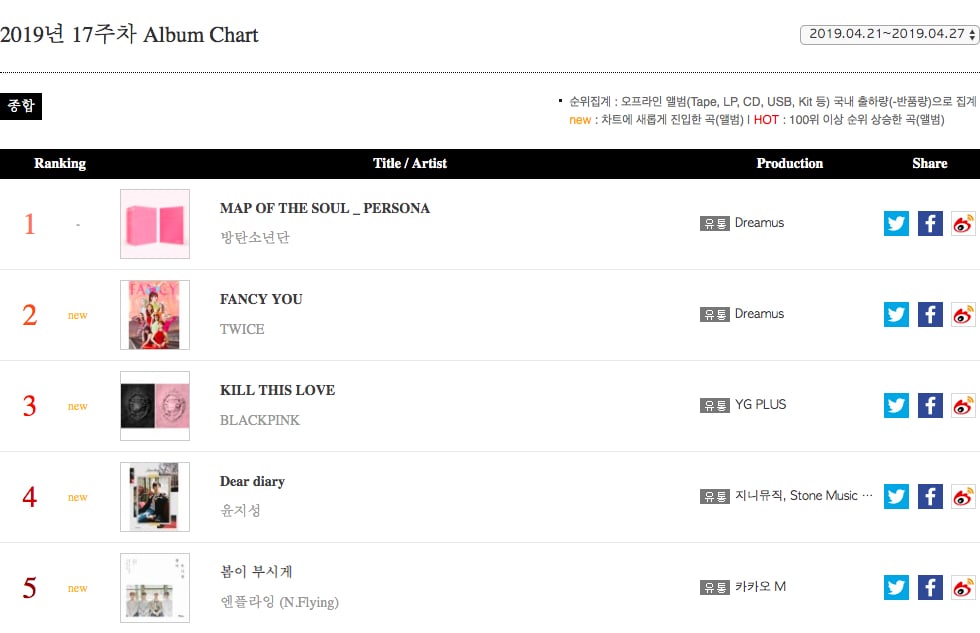 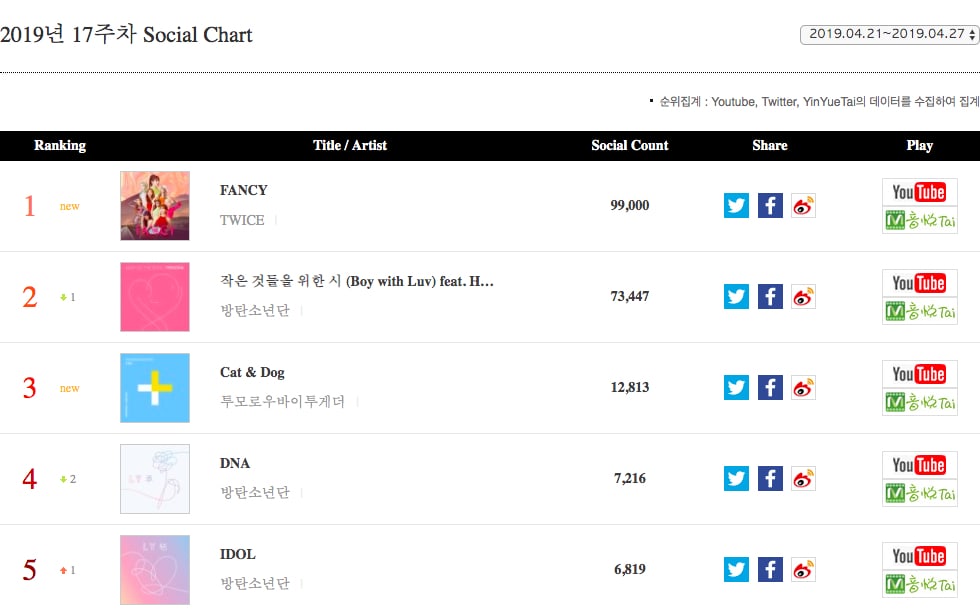