Seo Yuri opened up about her health issues and love life on KBS 2TV’s “Happy Together.”

On the May 2 episode, the voice actor and TV personality appeared as a guest along with Go Joon, Kim Hyung Muk, Jung Eun Woo, and Park Jin Joo, as well as NU’EST’s Minhyun who was the special MC for this episode.

Talking about her love for games, she shared a story of how she talked about games during a conscious sedation endoscope. When the MCs then asked her what she thought about having a younger man who’s good at games for her boyfriend, Seo Yuri replied, “I have a boyfriend.” She spoke honestly about her non-celebrity boyfriend and earned the support from the cast and guests. 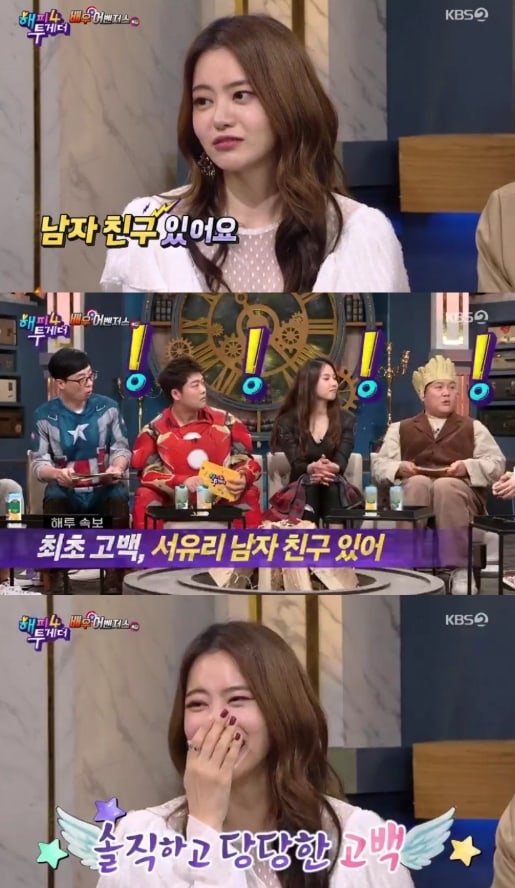 She also opened up about having to take a break from promotions due to hyperthyroidism, a condition where there is excess thyroid hormone in the body. After being cured of the disease, she posted a selfie on Instagram and was swept up in plastic surgery accusations due to her changed appearance.

“Everyone uploads good photos of themselves on social media,” said Seo Yuri. “So I posted a good photo, but people said that I got plastic surgery so the agency told me to stop posting good photos of myself. After rating each selfie, I was told to keep the ‘S’ grade ones and only post the ‘A’ grade ones.” An “S” grade is sometimes used to rank something higher than “A.”

She continued, “I suffered from the disease starting three years ago. There are various complications with hyperthyroidism, and I had the worst case. I couldn’t be treated with medicine and had to undergo surgery. I removed my thyroids and am continuously taking medicine, but this medicine makes my face bloat and eyes protrude.”

Seo Yuri explained, “It’s a big surgery where they remove your eyes, remove the fatty tissue, and put them back in. I received four surgeries. I thought that people would be supportive and say that I worked hard after fighting the disease and being cured after three years, but I got hurt because they said I got plastic surgery.” 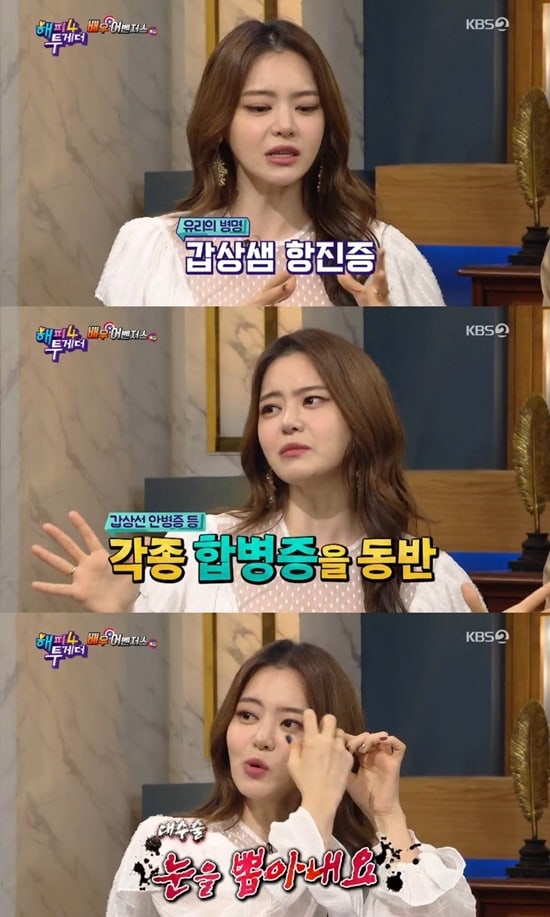 Seo Yuri
Happy Together
How does this article make you feel?