“TMI News” is a new variety show where idols talk about the news and tips that fans send in to the show about their favorite celebrities.

On the May 2 broadcast, baby photos of the MCs and MONSTA X were shown on the screen and they had to match up the correct people to their photos.

Apink’s Yoon Bomi guessed that the boy posing in front of a tree was I.M., and he said she was correct. Kihyun commented, “I didn’t really know after seeing it for the first time.” MC DinDin spotted a photo of a baby smiling with a beret, and pointed out that this was Joohoney. 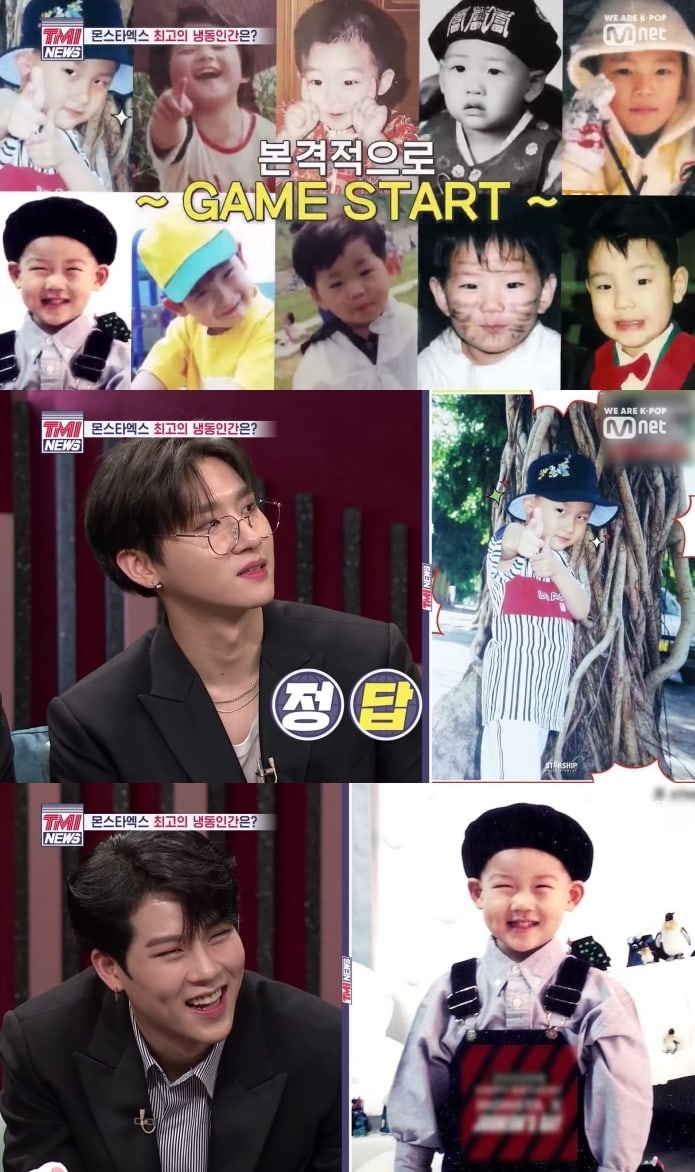 Matching Hyungwon with his baby photo, Yoon Bomi commented, “Amazing! You were so cute.” A serious-looking boy wearing a hoodie was revealed to be Minhyuk, and he commented, “I became handsome as I became older.” Kihyun asked Yoon Bomi how she figured out that was him, and the Apink member replied, “Your eye smile!”

g.o.d.’s Park Joon Hyung named the photo on the far right as Shownu, and DinDin said, “Shownu smiled back then,” referring to the idol’s usually serious demeanor. 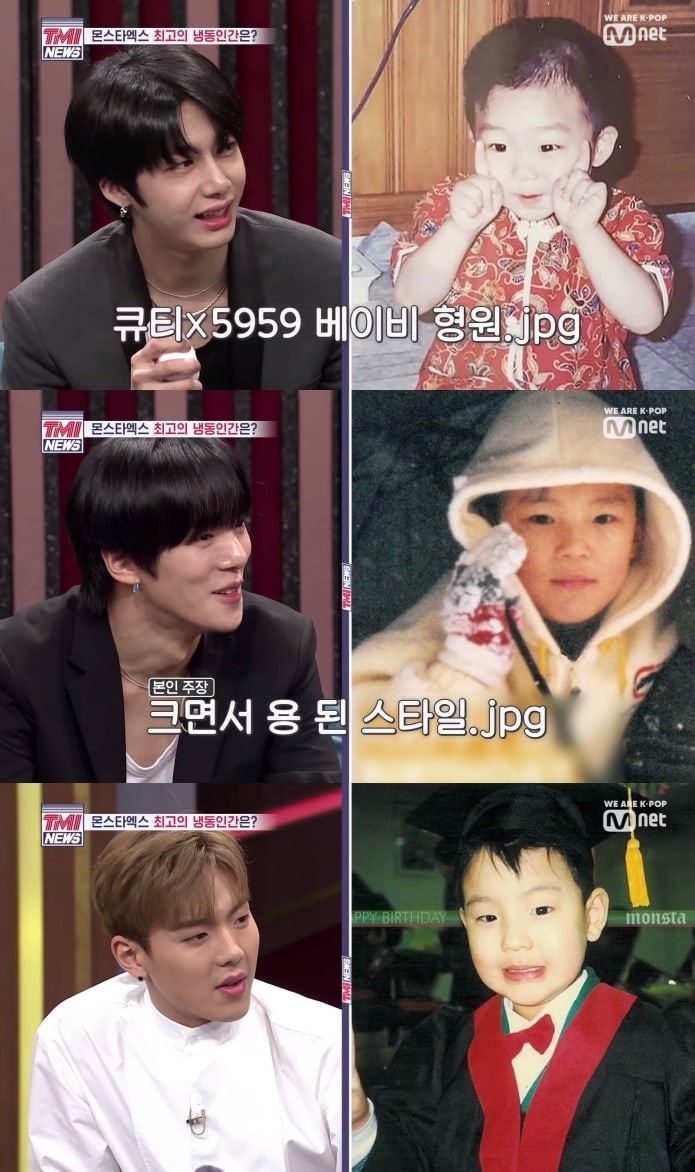 When Wonho said, “I can’t really tell that’s Kihyun,” Kihyun replied, “I was really chubby when I was young.” The MCs then asked everyone to vote on who seemed exactly the same, and all of the votes went to Joohoney. Kihyun stated, “We can’t beat him,” and Jun Hyun Moo added, “It looks like Joohoney wore a beret and took that photo yesterday.” Yoon Bomi agreed, saying, “He looks exactly the same!” 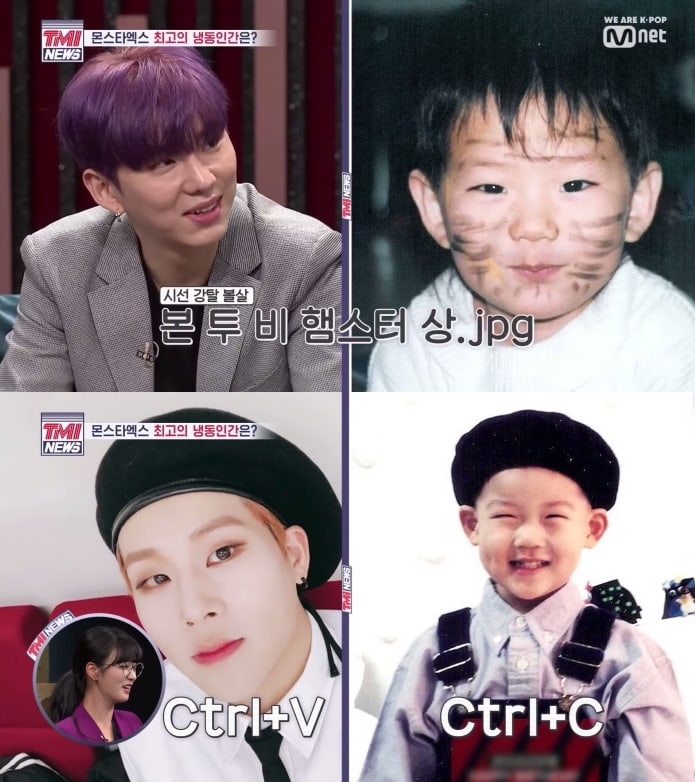 “TMI News” airs on Thursdays at 8 p.m. KST on Mnet. Check out the clip below!

MONSTA X
TMI News
How does this article make you feel?