NU’EST’s Minyhyun talked about an attempt to pursue acting and unchanging friendship with his fellow members.

When the MCs asked about a memorable audition, Minhyun began, “The agency got me a good opportunity. In the film ‘Hwayi: A Monster Boy,’ Yeo Jin Goo appeared as the child actor, and they were looking for [actors to play] Yeo Jin Goo‘s role.”

He continued, “Many actors and idols auditioned. We were also given an opportunity, so our whole group went. We said we should go because you never know what will happen. We wondered if there might be a member who has a special talent in acting.”

He added, “I saw that Yeo Jin Goo got the role and thought, ‘Ah, of course.’ It wasn’t meant to be.” 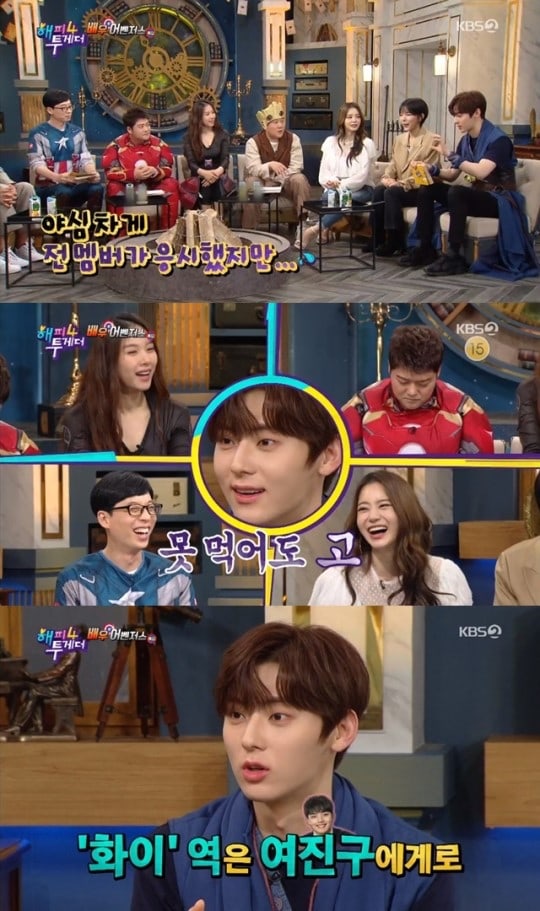 Minhyun then shared his thoughts on promoting with NU’EST again. “There are people who ask if it’s awkward to see my members again after a long time,” said the idol. “But we met up with each other often while I promoted with Wanna One and talked every day, so there isn’t anything different with the members.”

He explained, “But I hadn’t performed with NU’EST in the last two years, so I felt nervous while preparing for our recent concert. I felt nervous and my body felt tense. I also thought that I needed to work several times harder than the other members.”

The NU’EST member concluded, “This year is my eighth year as an idol. Despite that, I’m still receiving lots of love, so I’m working hard with the mindset of returning the love this year.”

NU'EST
Happy Together
Minhyun
How does this article make you feel?