Following the conclusion of his drama “He Is Psychometric,” GOT7’s Jinyoung sat down for media interviews and shared his point of view as an idol and actor.

Since 2012, Jinyoung has acted in various dramas and a film. He has received lots of positive feedback for his acting and is successfully following in the footsteps of other idol actors.

Jinyoung stated, “I believe it is a big step that my acting is even viewed at the same level as many of my seniors. My fellow idol actors have done so well that I think if I just follow in the path that they’re leading, I will one day become comfortable with being called an actor.”

He continued, “However, I am still lacking too much to think about it. Instead of thinking about breaking stereotypes regarding idol actors, I am currently more focused on how to properly portray my characters.” He then mentioned idol actors including Im Siwan, EXO’s D.O., Lee Joon, Highlight’s Yoon Doojoon, Park Hyungsik, and 2PM’s Junho, saying, “There are so many seniors who are so good [at acting].” 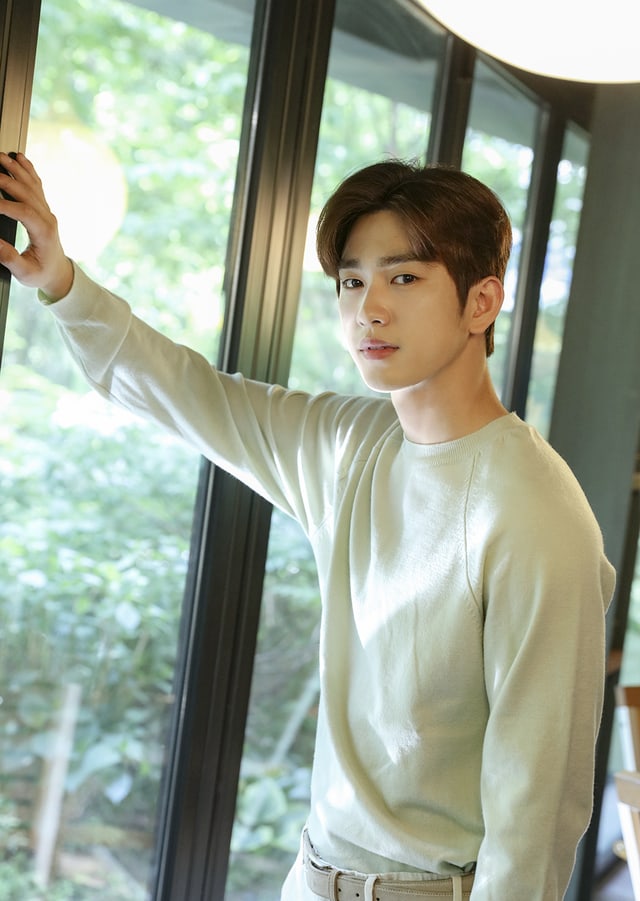 He went on to explain the advice he received from 2PM’s Junho, who is his labelmate under JYP Entertainment. Jinyoung said, “I contacted Junho and told him, ‘I don’t think this is going to be an easy project.’ He told me, ‘Since your character has a turning point around the eighth and ninth episodes, prepare with your focus on how to express that change.’ I told him I was so thankful and that of course he is the best along with some clapping emoticons. I am also watching ‘Confession’ because he is so good.”

Jinyoung then addressed the difference between being an idol and an actor, saying, “Although they are similar, I think they each have more charm because they are different. They are the same because they are both jobs where you are in the public eye, but the difference between being on stage and being in front of camera makes me want both. Both are fun. I think I am extremely lucky to be able to do both. I am just thankful and want to do both for a long time.”

He added, “Therefore, my first goal is to do well. After that, I think the goal of working for a long time will follow.”

Watch Jinyoung in the finale of “He Is Psychometric” below!

GOT7
2PM
Junho
Jinyoung (GOT7)
He is Psychometric
How does this article make you feel?