The lineup has been revealed for SBS “Inkigayo” Super Concert in Hong Kong!

After successfully kicking off in Gwangju on April 28, SBS Super Concert is now heading abroad to Hong Kong.

On May 3, SBS announced that EXO, Girls’ Generation’s Taeyeon, WINNER, SEVENTEEN, MAMAMOO, and AB6IX will be performing at the upcoming event. 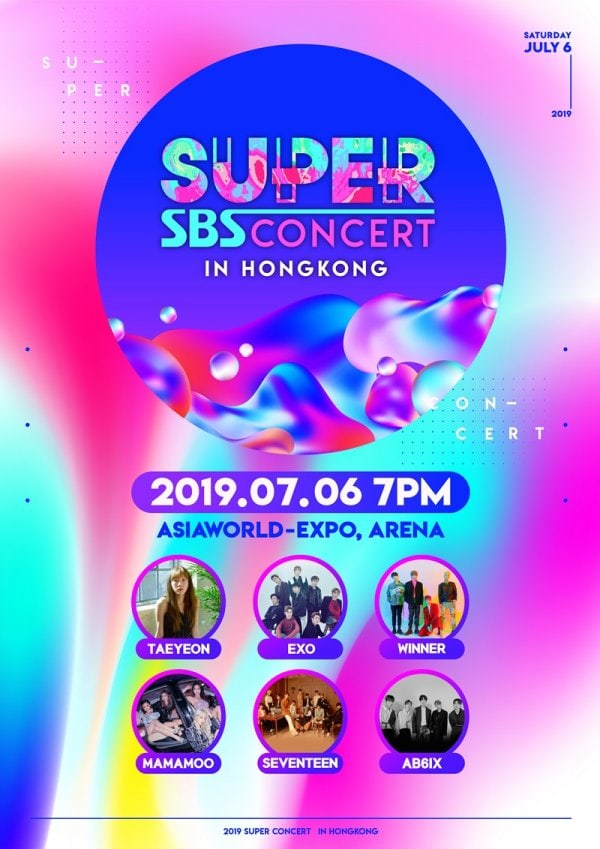