N.Flying On How Life Has Changed After Their No. 1 Hit “Rooftop” And Their Biggest Turning Point

N.Flying, who recently found long overdue chart success with their song “Rooftop,” spoke in an interview about how life has changed since their No. 1 hit as well as the major turning point for their band.

On the success of the song, Lee Seung Hyub said, “I believe that if the song is good, people will listen to it. I think the sincerity with which we’ve worked so far has resonated with listeners.”

The N.Flying members, who had been working out of a basement studio, said that they’re now above ground. “Our studio was in a second-level basement, but we’ve moved up five floors to the third floor.” Lee Seung Hyub said, “We had been using a solo practice room as our studio. It’s a small room, so it’s at capacity with three people, which made it hard for us to all meet there. We’re now in a much larger studio on the third floor. We were given the studio as motivation to work even harder moving forward, so we’re really happy.” 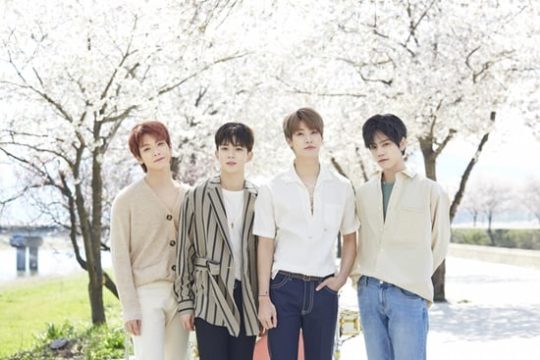 The group is now back with “Spring Memories,” their first release since “Rooftop.” Rather than pressure, they feel more responsibility, said Kim Jae Hyun. “We wanted to give back to everyone who trusts us and listens to our music. As a group, we’re 100 percent satisfied with our new album.”

N.Flying, now in their fifth year as a group, chose Yoo Hoe Seung joining them as a big turning point for the group. Cha Hun said, “He’s bright and optimistic and has become the catalyst for the group growing even closer.”

Kim Jae Hyun added, “Hoe Seung has no limitations when it comes to genre. Our new album has a lot of different styles, including jazz, and he has a handle on all of it. We’ve wondered where his limit is, and we’ve yet to find it.” 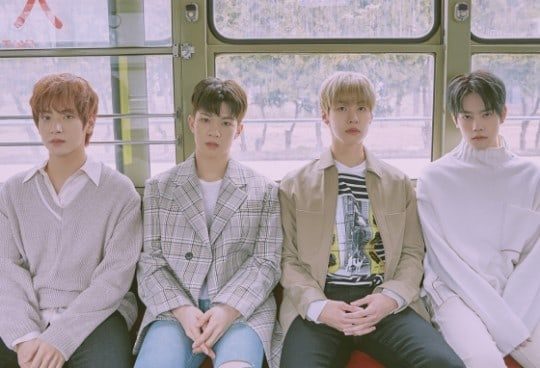