On the May 3 premiere of the Mnet survival show, Soyou shared a tearful reunion with the contestant, who was formerly an idol trainee at her agency Starship Entertainment.

As soon as Park Sun Ho appeared on stage for his first evaluation, several of his fellow “Produce X 101” contestants recognized him and whispered amongst themselves, “He’s an actor.” Host Lee Dong Wook also introduced the contestant by pointing out, “Not only is he an actor, but he’s played leading roles before.”

Park Sun Ho responded humbly, “Yes, I was lucky,” and Lee Dong Wook countered, “I’m sure you weren’t just lucky. It’s because you have talent. You can’t win a leading role by luck alone.” 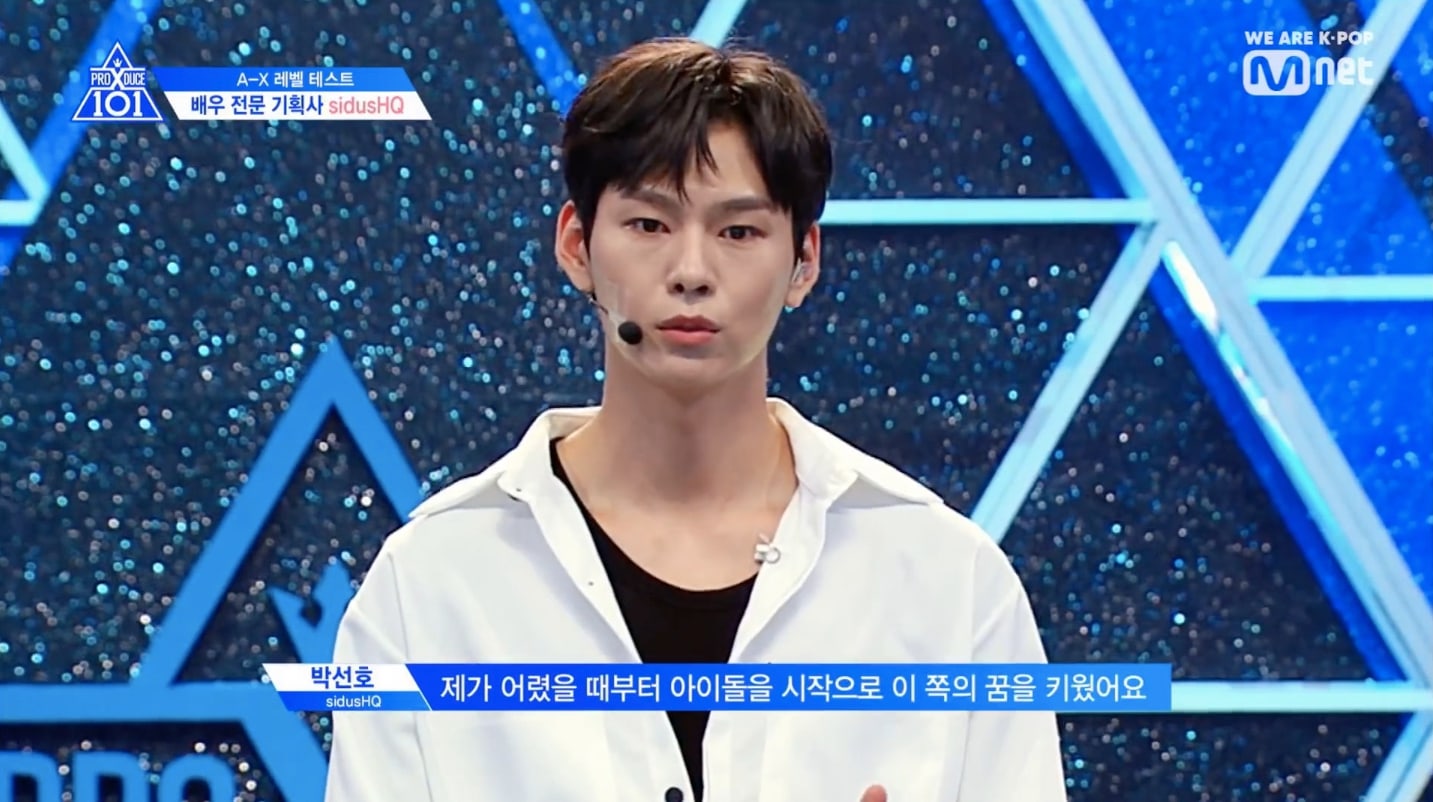 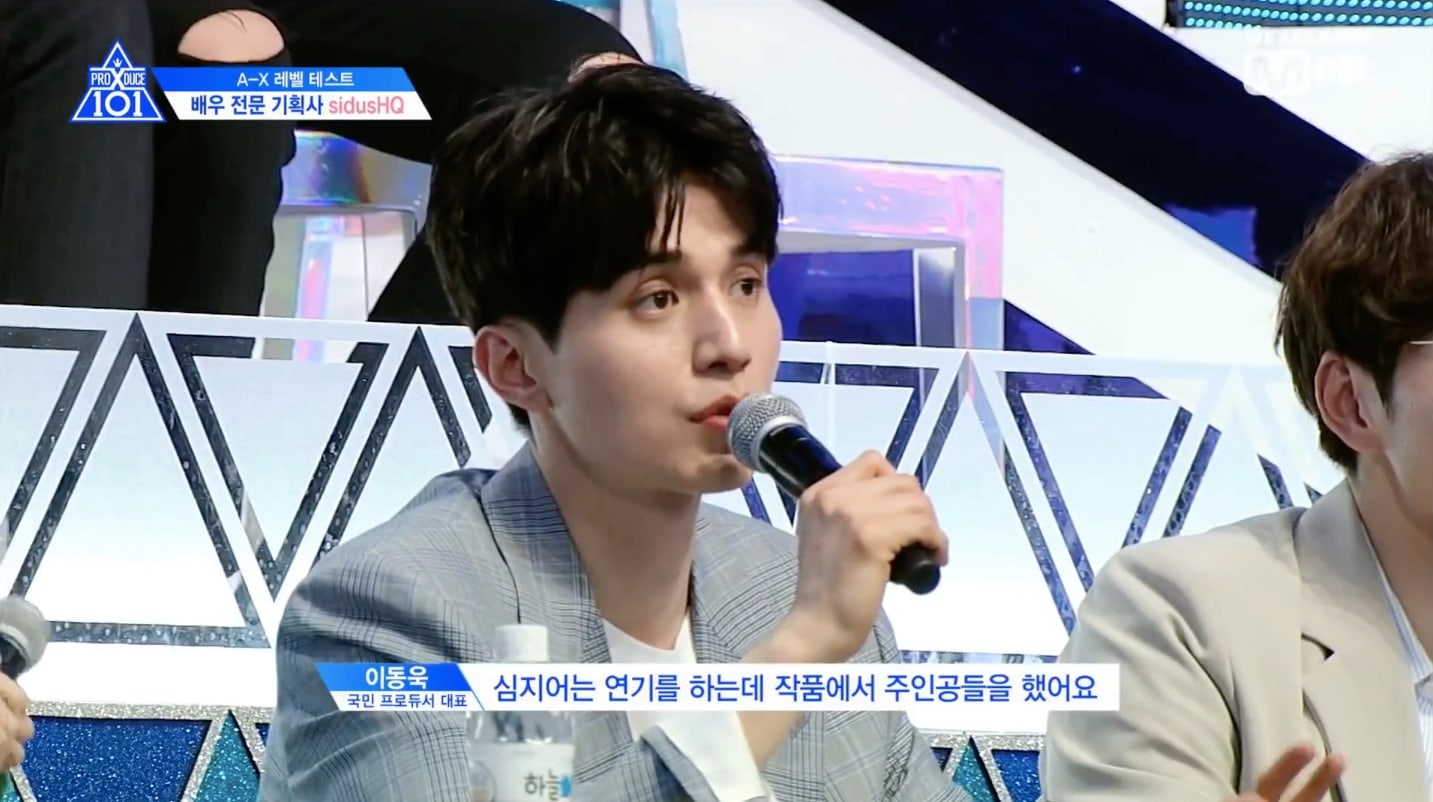 Soyou told the other celebrity trainers, “Actually, he joined Starship Entertainment [as a trainee] before I did. [Seeing] him makes my heart ache.”

Park Sun Ho then explained that he had started his training period at the agency in 2008, when he was still in middle school, and that he had trained there for six years. 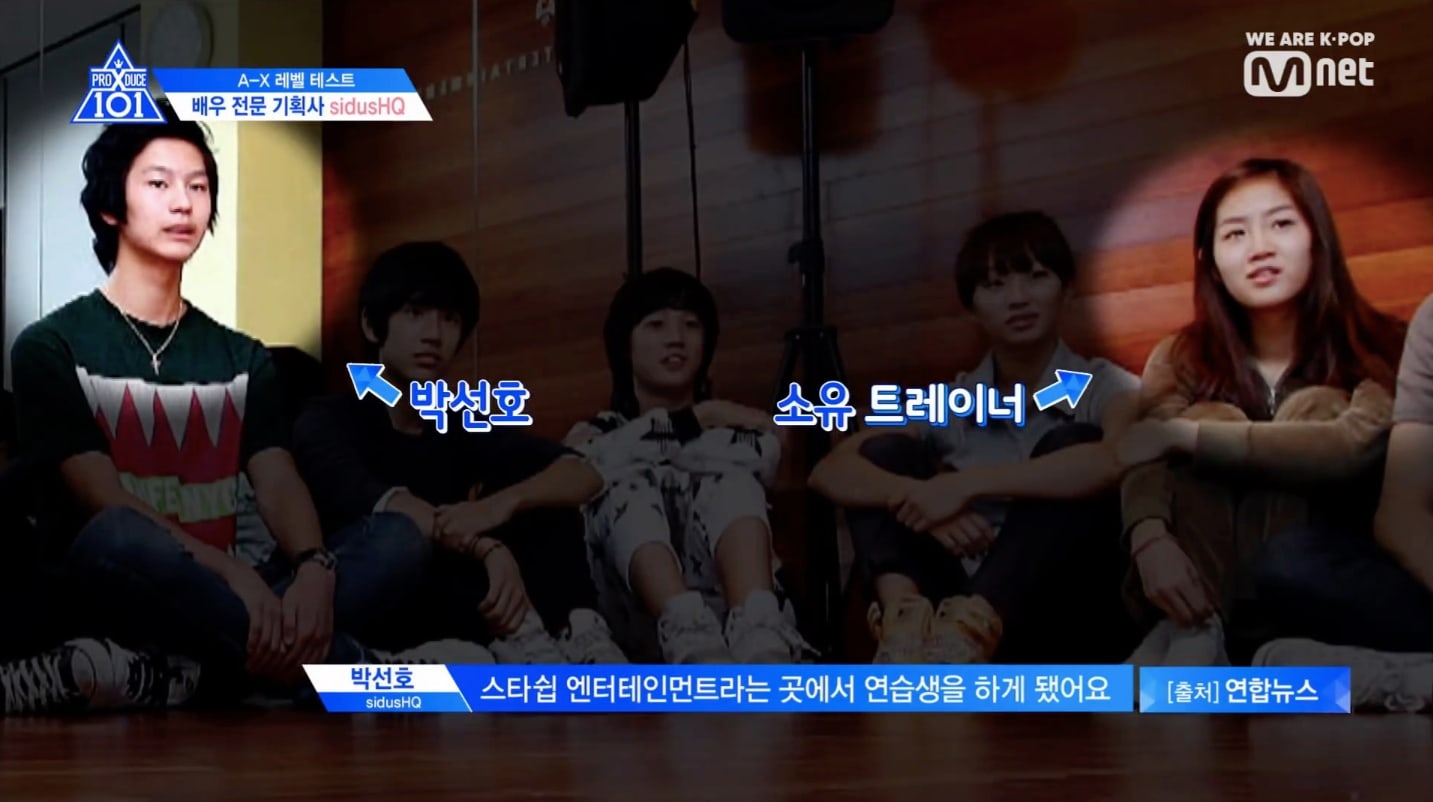 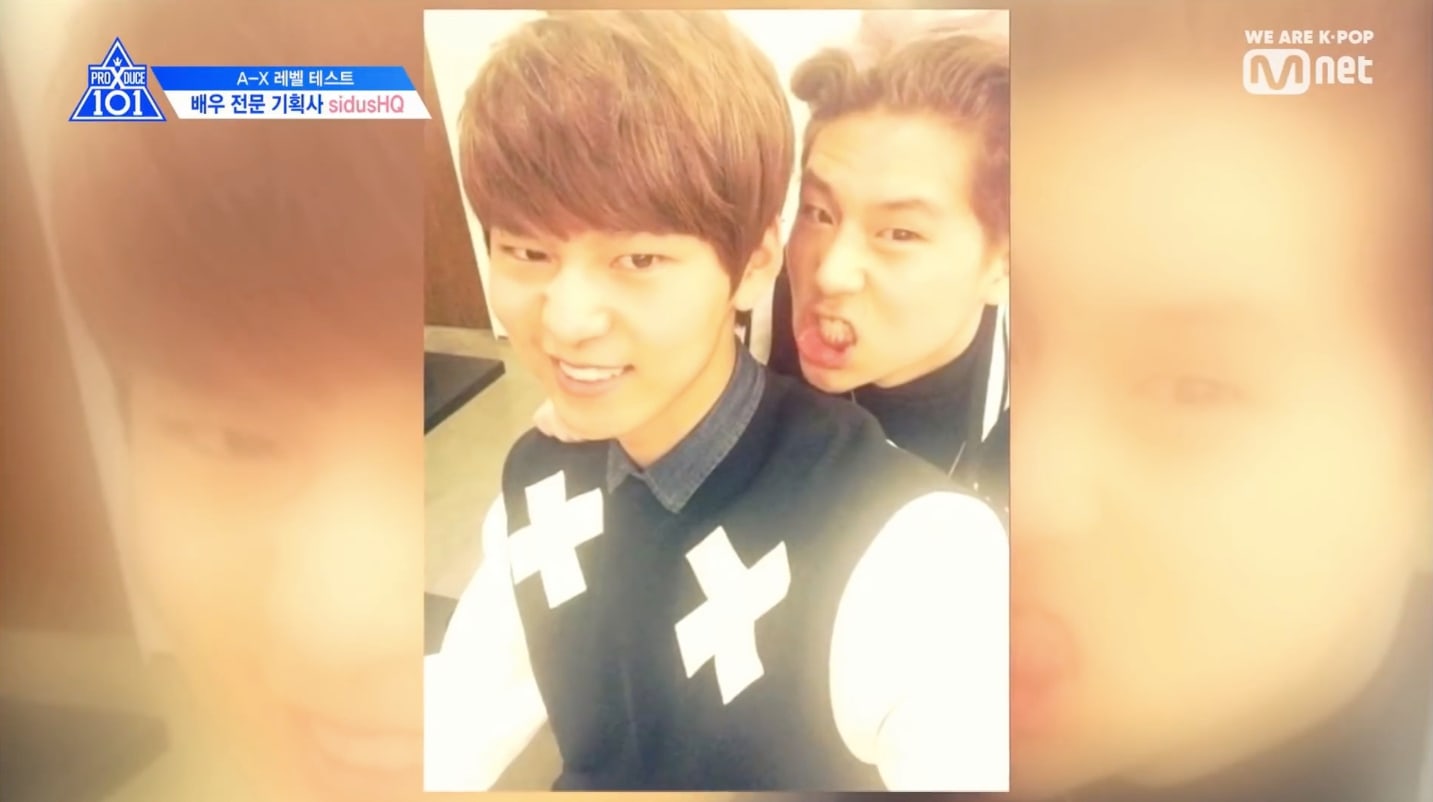 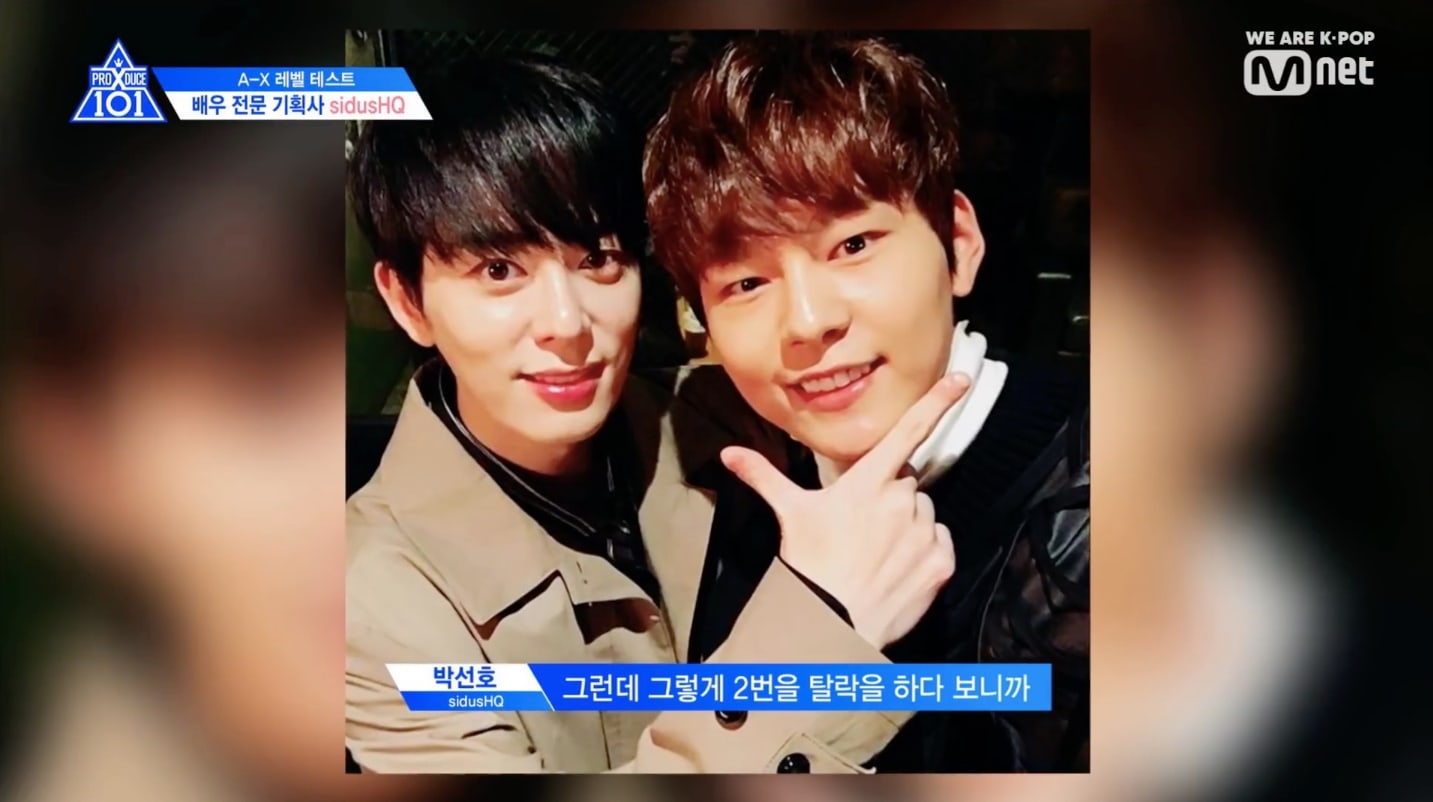 Park Sun Ho shared, “I’ve been gradually pursuing a career as an actor, but there were times when it would hit me. I’d be watching a music program or I’d see [the idols with whom I’d trained together] performing or holding a concert, and I’d think, ‘I could have been one of them.’ I really wanted to sing and dance my heart out on stage.”

“There may be some people who look upon me unfavorably because I came here after working as an actor,” he continued. “But because I’ve dreamed of becoming an idol ever since I was young, I want to seize this opportunity, which I think may be my last chance to fulfill my unrealized dream.”

Choreographer Kwon Jae Seung, who taught Park Sun Ho when he was a trainee at Starship Entertainment, teared up as he watched the contestant cover Troye Sivan’s “Youth,” and Soyou was unable to hold back her tears after seeing him sing a ballad by Seo Ji Won. 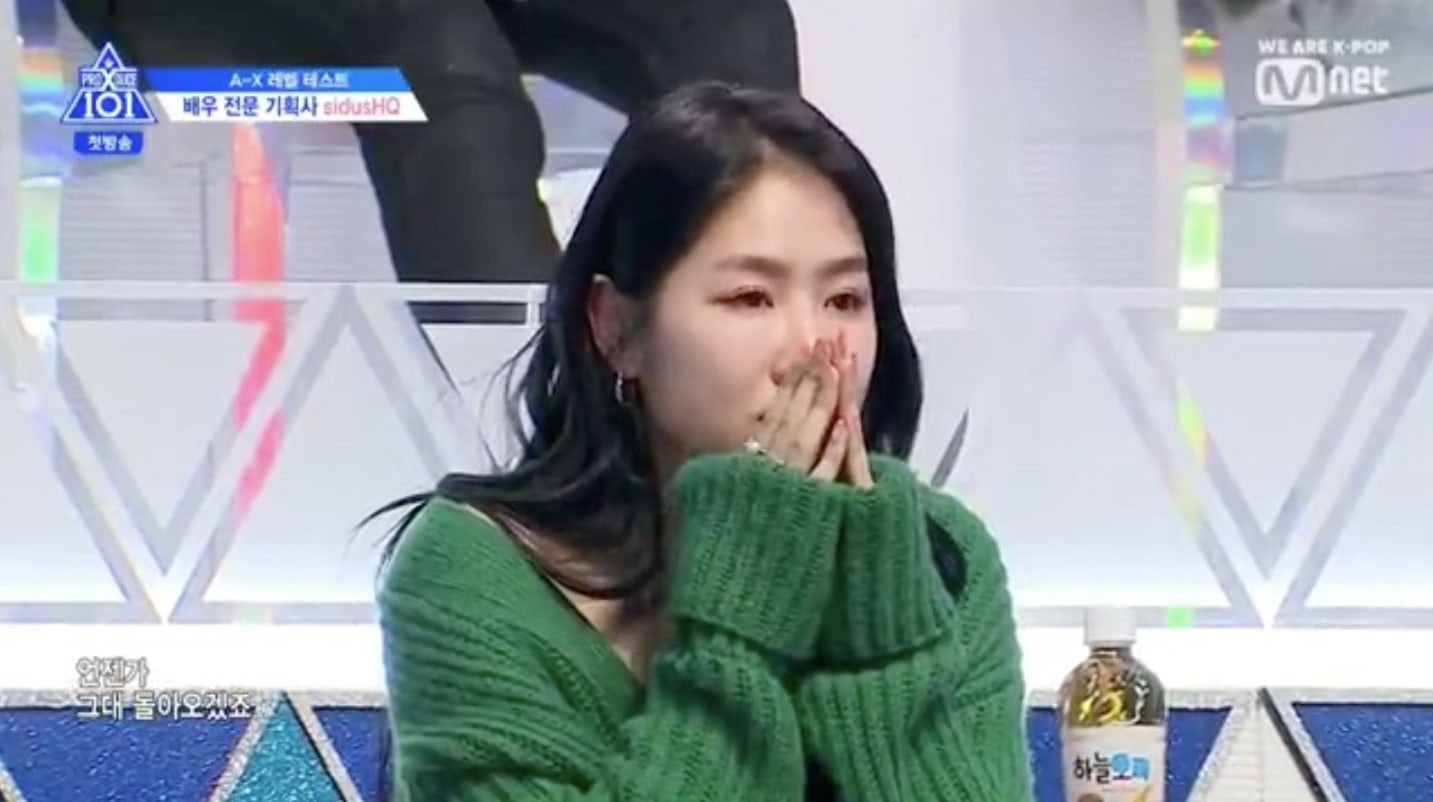 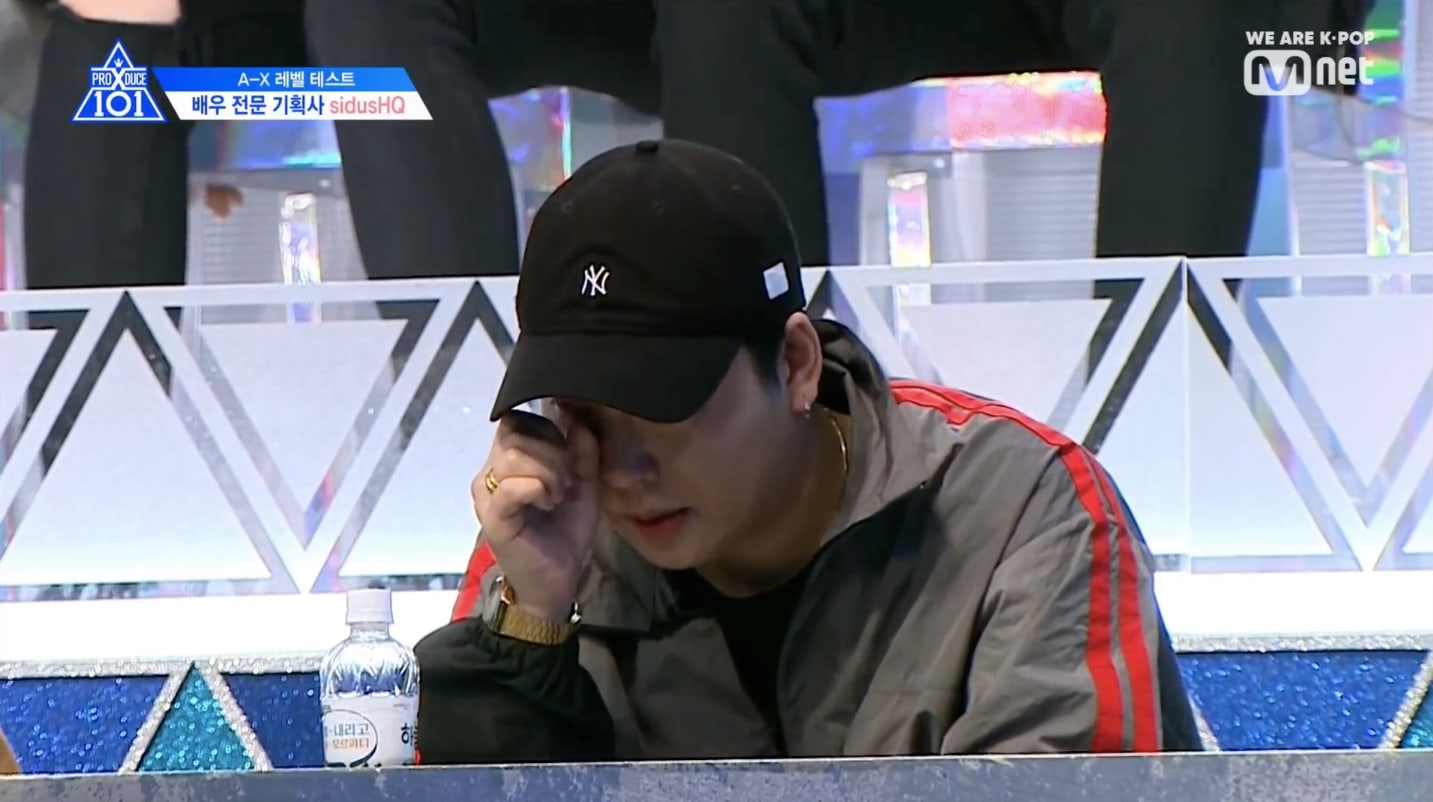 In the end, the panel of celebrity trainers gave Park Sun Ho a B, and the actor gratefully replied, “I’ll never give up. I’ll work hard.”

“Produce X 101” airs on Fridays at 11 p.m. KST. Check out the first round of realtime rankings from online votes here!