During the May 3 broadcast of the Mnet survival show, all 101 contestants came together for their very first round of evaluations.

As the trainees of each participating agency arrived on set, many of them found themselves eyeing the highly-coveted No. 1 throne at the top of the signature “Produce 101” pyramid. Since the seat always goes to the contestant who is ranked No. 1, the show’s first episode marked the trainees’ only chance to sit in the throne without receiving the highest number of votes.

Each time a new contestant decided to try his hand at winning the No. 1 seat, he made his way to the top of the pyramid and challenged the contestant who was already sitting in the throne to a battle. In the first of these battles, Fantagio’s Han Gi Chan managed to claim the throne after defeating Yuehua Entertainment’s Hwang Geum Ryul in a one-handed push-up contest.

Later on, AAP.Y’s Lee Mi Dam—a former YG Entertainment trainee who briefly appeared on the survival show “YG Treasure Box,” as well as the YG-JYP battle on Mnet’s reality show “Stray Kids”—faced off against Stone Music Entertainment’s Kim Sung Hyun in a rap battle. Although their fellow contestants appeared impressed by both of their skills, they ultimately cheered louder for Lee Mi Dam, crowning him the victor and allowing him to defend his right to the throne.

The final contestant to appear on set was JYP Entertainment’s Yun Seo Bin. After briefly scanning his surroundings, Yun Seo Bin marched up to the top of the pyramid and challenged Lee Mi Dam to an arm wrestling competition. Lee Mi Dam asked if they could use their left hands, and Yun Seo Bin readily agreed. 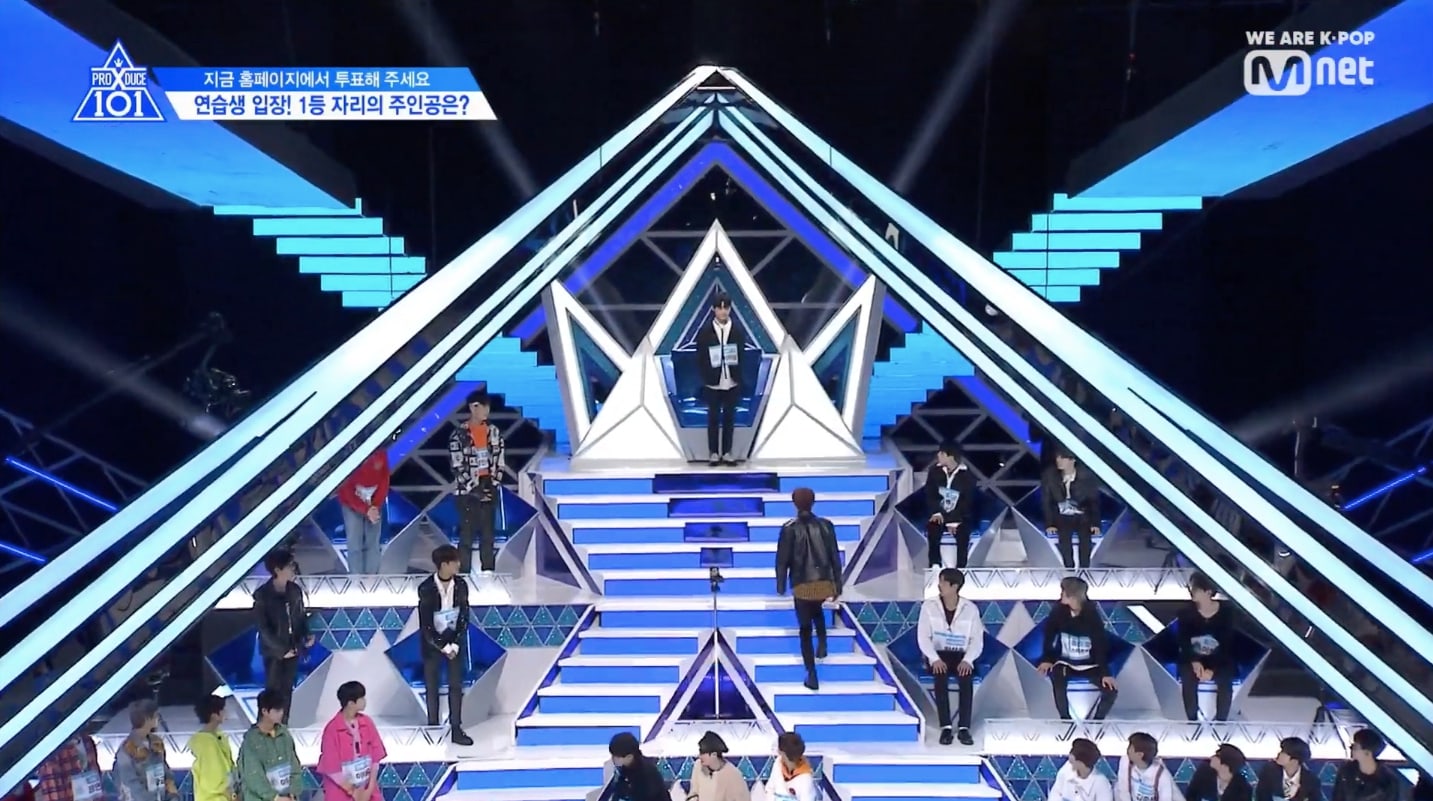 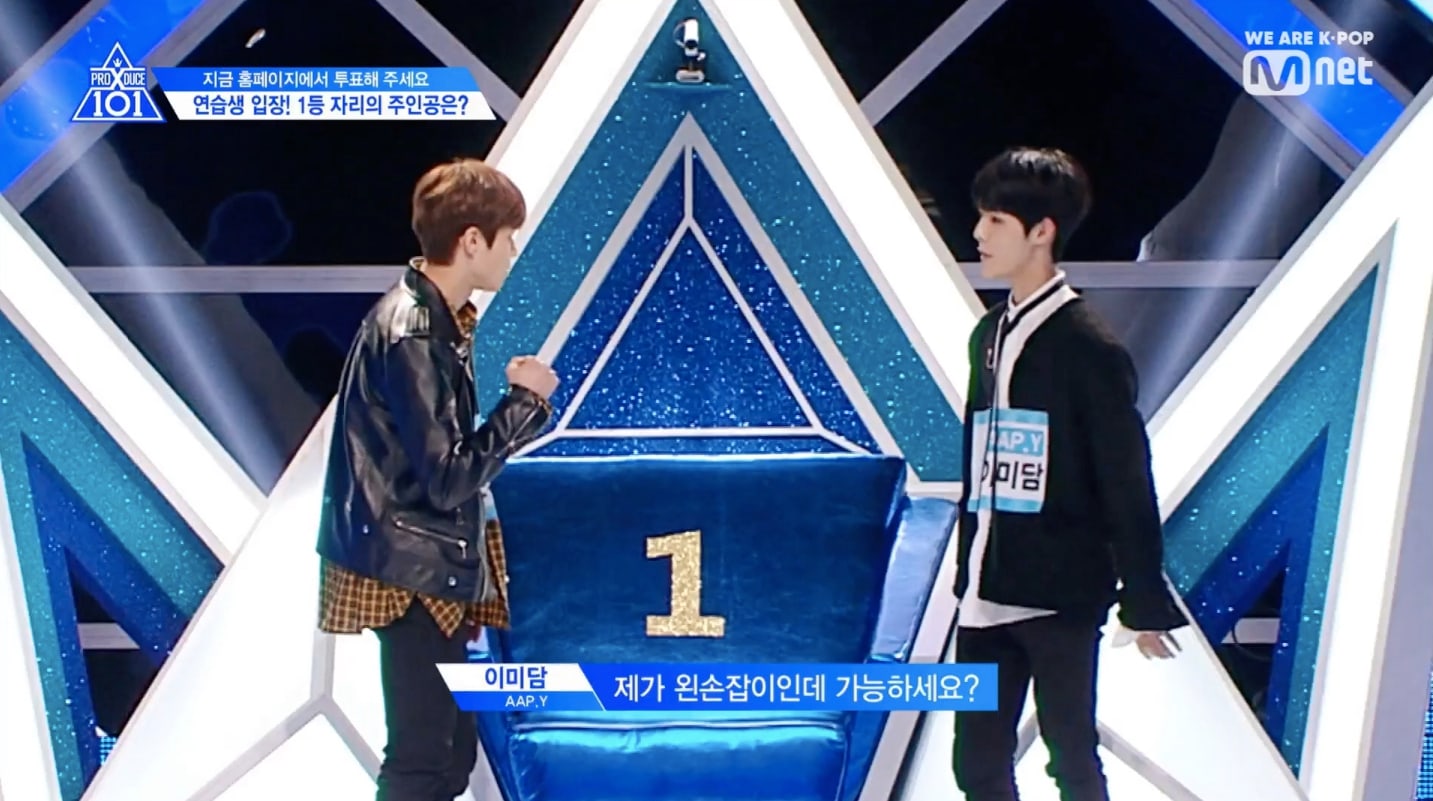 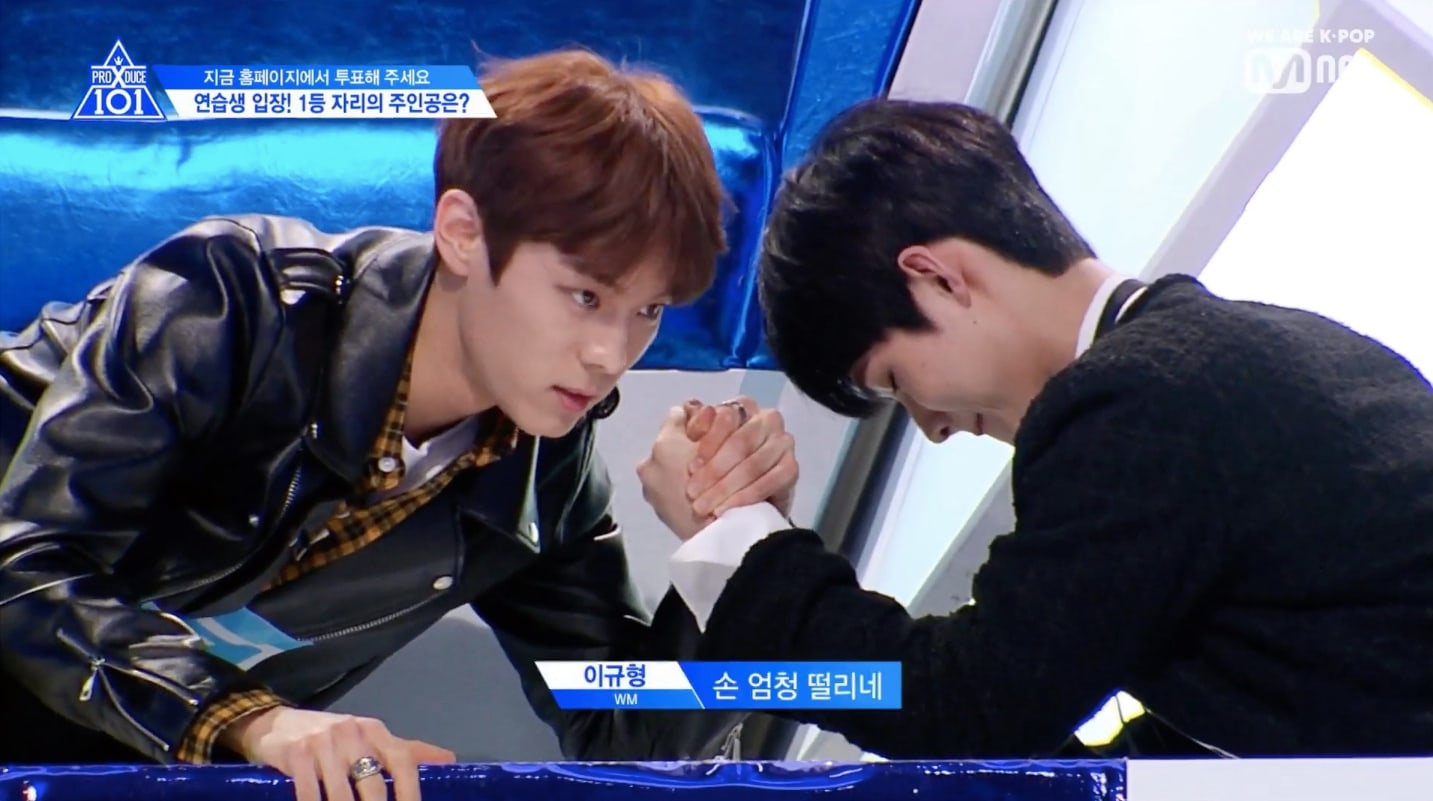 After swiftly beating Lee Mi Dam in arm wrestling, Yun Seo Bin claimed the No. 1 seat, making him its final owner for the show’s first episode. 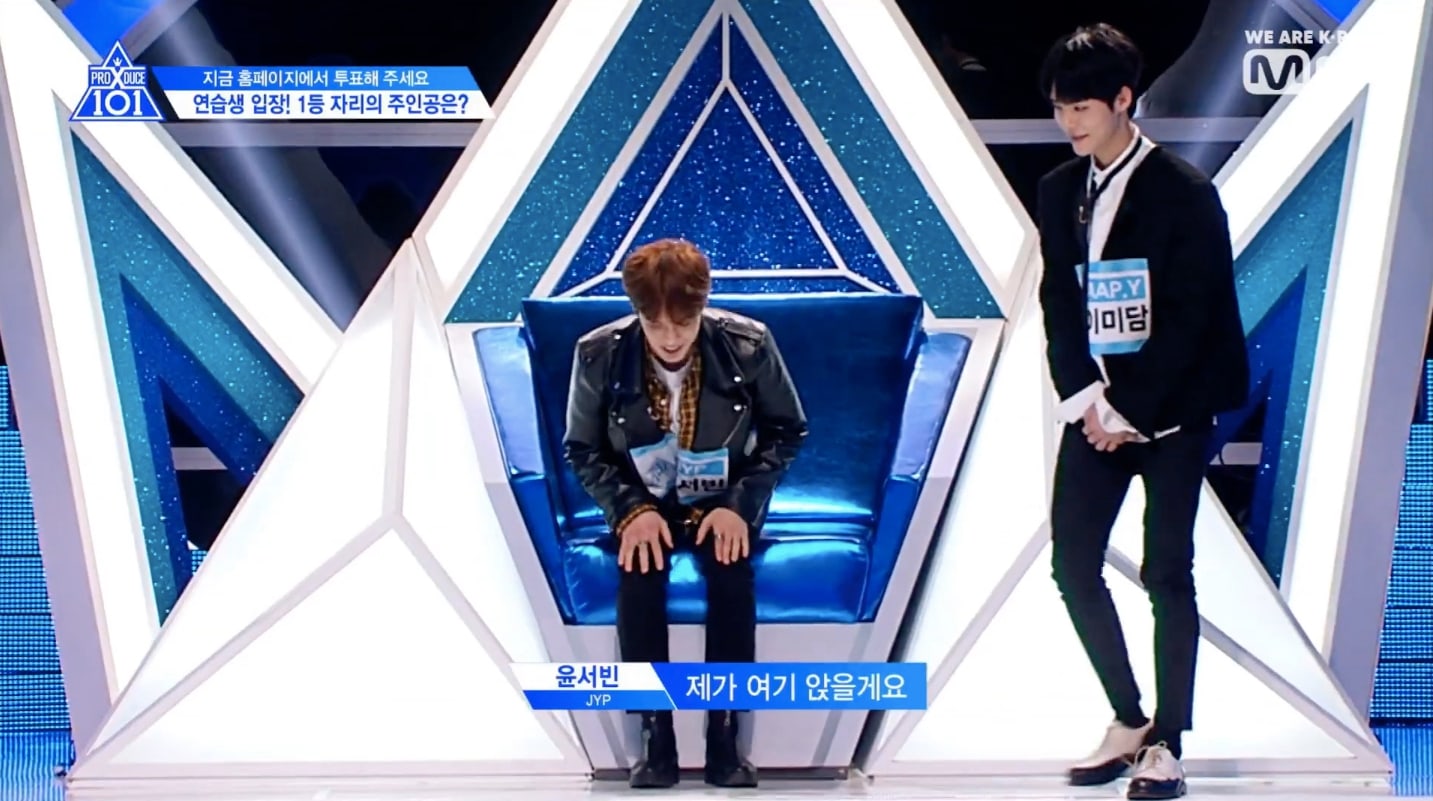 Shortly afterwards, host Lee Dong Wook revealed that unlike in past seasons of “Produce 101,” the show would be giving the contestant in the No. 1 seat a special benefit: the chance to advertise himself to viewers in a 1-minute video clip that would air during the premiere.