With less than a week left till Super Junior’s Kyuhyun is discharged from the military, announcements have been made of upcoming events for the singer!

Kyuhyun will be performing on the first day of Seoul Jazz Festival 2019, which will take place on May 25 and 26 at the Olympic Park. Not only will he perform his many hits, he will also connect with the audience to create a magical stage.

Others who will perform on the same day of the festival include Omara Portuondo, Clean Bandit, Epik High, Jang Bum Joon, Dean, VIXX’s Ravi, and Katie. 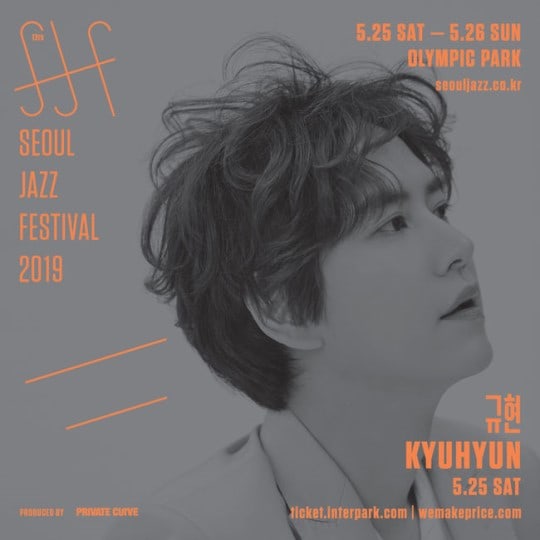 Having enlisted in 2017, Kyuhyun is set to be discharged on May 7, 2019. He has already announced that he will be holding his “Meeting Again Today” (literal title) fan meeting on May 19. As Kyuhyun was active as both a member of Super Junior as well as a solo artist, and excelled on variety shows, many are curious to see what he will do once he is discharged.

Super Junior
Kyuhyun
Seoul Jazz Festival 2019
How does this article make you feel?