On the May 4 episode, Park Bo Young and Ahn Hyo Seop appeared to promote their upcoming drama “Abyss” and joined the cast in guessing the lyrics to a certain part of a song in order to win delicious food.

The actress revealed that she’s a big fan of the show and talked about how she prepared for her appearance. “Before coming on the show, I practiced at home with my family,” said Park Bo Young. “I thought that I’d starve if I come on ‘Amazing Saturday’ and get the answer wrong.”

The first song was Park Hyo Shin and Lee Sora’s duet “It’s Gonna Be Rolling.” After listening for the first time, the cast commented, “It’s more difficult to hear [the lyrics] because of their harmony.”

They used a chance to listen to the song again, but the members’ guess was incorrect. During the second round, Park Bo Young showed her passion by lying down in front of the speakers. She said, “I’m gonna go insane. This is totally different than watching it on TV, and I could hear it better when watching it on TV. I’m a fanclub member of Park Hyo Shin, so this hurts my pride a lot. On Monday I bought a ticket [for his concert], but I’m so sad that I can’t get answer this correctly.” 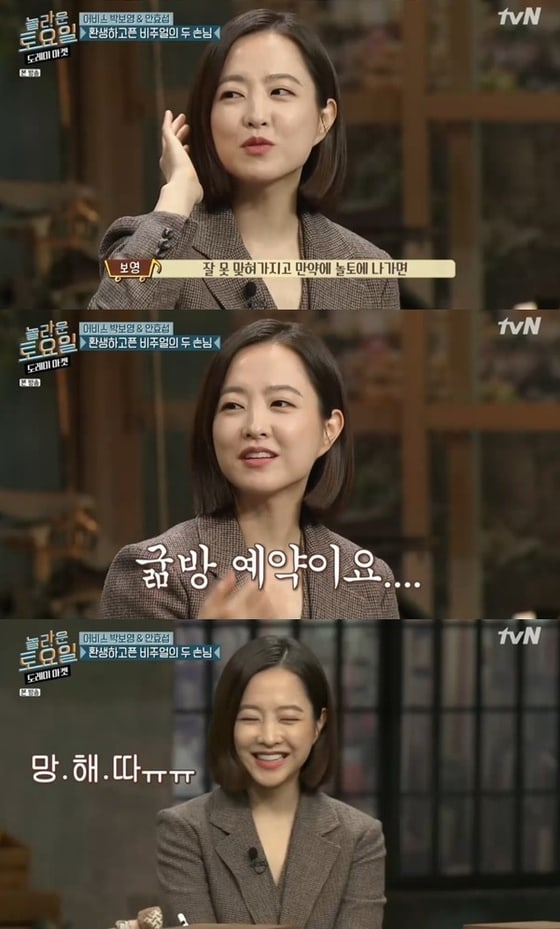 Whenever the members had to decide between Ahn Hyo Seop or Park Bo Young’s answers, they decided to go with Ahn Hyo Seop. However, he was removed from his leader position when his answer turned out to be incorrect. MC Boom asked to see a unique talent in order to give the cast and guests a hint and thanks to Ahn Hyo Seop, they earned another chance to listen to the song.

Park Bo Young put a stethoscope to the speaker to hear the lyrics better. She checked her answer again and started explaining the answer to the cast. Watching her, the cast commented that it showed that Park Bo Young had practiced at home.

The next question was Hanhae’s “Clip Clop” with a prize of steamed lobsters. The cast and guests struggled to write down the lyrics due to the fast-paced rap, and failed to succeed even during the second and third rounds.

As the questions got tougher, Park Bo Young joked, “I’m going home,” but finally succeeded at answering during the third round. “I’ll practice more and appear on the show next time,” said the actress. 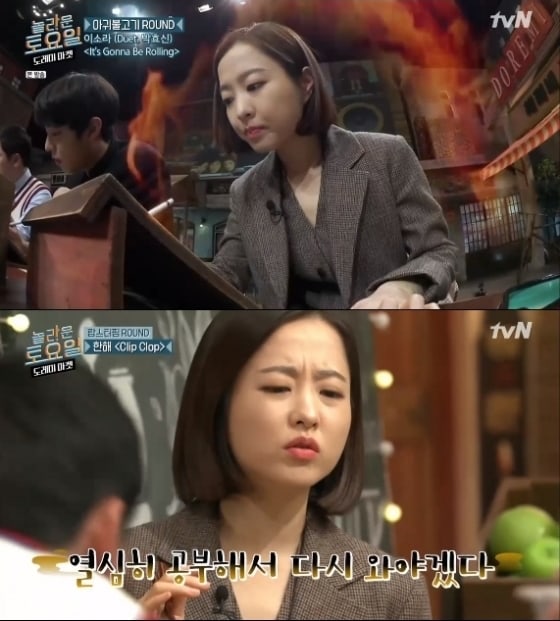 Park Bo Young
Amazing Saturday
How does this article make you feel?