7 Reasons To Watch C-Drama “The Legend Of White Snake”

It was touch-and-go there for a moment, but “The Legend of White Snake” finally managed to air in early April, and boy are we glad it pulled through. Starring Alan Yu (“Eternal Love,” “All Out of Love“) and Ju Jing Yi (“Legend of Yun Xi“), the show certainly has its issues, but it never fails to keep us enraptured. Here’s why.

Bai Su Zhen (Ju Jing Yi) and Xu Xuan (Alan Yu) are so smitten with each other, their interactions are almost cavity-inducing. In fact, they’re the very definition of puppy love. Whenever one walks in, the other lights up like the sun, and their eyes are drawn to each other like magnets. What’s best, though? They hold so much respect and admiration for each other, and they’re very happy to express it. Xu Xuan doesn’t shy away from admitting that Su Zhen knows more than he does, and instead of being jealous, he accepts it and seeks her guidance.

The male lead is a cinnamon roll

Alan Yu’s Xu Xuan is soft-spoken, open-minded, respectful, and adorable. All in all, he’s an absolute cinnamon roll, and so very different from the usual male protagonist. Instead of the manly fighting man Dramaland loves to feature in its period shows, this one is a healer, gentle and considerate.

A feast for the eyes

In a world as filled with supernatural elements as the one that is portrayed in “The Legend of White Snake,” the main danger for the show was to have its budget run dry and consequently resort to bad CGI. But you know what? Such is not the case here. The CGI is quite good, and you can tell that a lot of effort went into making it as realistic as possible. The snakes, in particular, are really well-made.

What’s more, the landscapes and general cinematography of the show never cease to amaze. The very first scene takes place in a meadow full of streaming sunlight and flowers, and there you have ethereal Ju Jing Yi, looking like a fairy in her white robes, learning to walk on human legs.

Visuals won’t amount to much if the music isn’t up to task. Well, it’s my genuine pleasure to announce that the music here definitely works. Delicate flute and piano tones bless the show with a soft, magical quality that make for a flawless match to its general atmosphere, timelessness, youth, and beauty.

Jin Song (Nie Zi Hao) and Xiao Qin’s (Xiao Yan) love-hate relationship kind of gave me “Goblin” flashbacks, what with how they kept waging war against each other by simply using their powers to throw random stuff across the room. What makes it even funnier is the way they do it only whenever Su Zhen turns her back — which is something of a reminder of Mu Qing and Feng Xin from “Heaven’s Official Blessing.”

You thought she was gorgeous in “Legend of Yun Xi”? Grab onto your seats and hold on for dear life, because Ju Jing Yi will blow you away with her beauty. Combine that with general badassery, and congratulations! You’ve got yourself a new girl-crush. 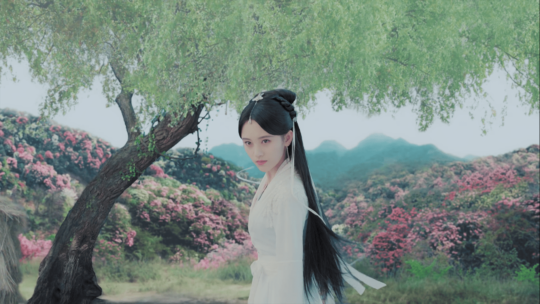 It’s not too long

Chinese dramas can be way too long. That’s a fact of life. Oftentimes, the stories could be told in much fewer episodes than they hold, which causes them to drag and makes it really hard not to lose interest. “The Legend of White Snake,” however, is almost half the length of a regular Chinese period drama, so busy people will actually have the time to watch… and those with a short attention span like myself won’t have the time to lose interest. It’s a win for everyone! 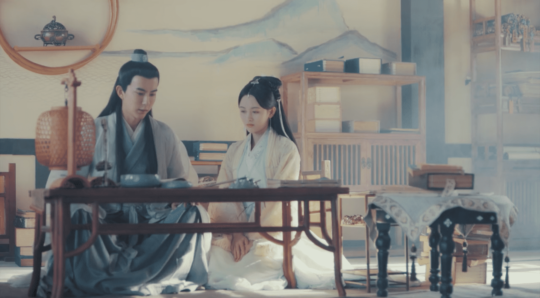 And there you have it. The reasons you should definitely check out “The Legend of White Snake.” What do you think? Are you convinced? Let us know in the comments!

A long-time nerd and hot-chocolate addict, karoodramas enjoys watching and writing about dramas, fangirling over Tony Stark, and falling down the tumblr rabbit hole. You can follow her ravings on Twitter, Tumblr, and check out her drama reviews on her website.