Kim Nam Gil Talks About The Success Of “The Fiery Priest,” Friendship With Co-Stars, And More

Kim Nam Gil shared his thoughts on his latest drama “The Fiery Priest.”

On the May 4 broadcast KBS 2TV’s “Entertainment Weekly,” the actor appeared in the studio for an interview.

“I didn’t know that I would appear [on the show] like this, but I came here because [the viewers] gave so much love,” began Kim Nam Gil. “It’s an honor to receive so much love.”

He was asked if he could feel the popularity of “The Fiery Priest” and about his thoughts on drama’s highest viewership ratings of 22 percent. Kim Nam Gil answered, “I didn’t really get a chance to experience [the popularity] after going on a reward vacation, promoting, and appearing on ‘Entertainment Weekly.’ I honestly don’t really know yet.”

The cast and crew of “The Fiery Priest” went on a reward vacation to Kota Kinabalu, Malaysia after the end of the drama. “I thought it was boot camp,” commented Kim Nam Gil. “Since all of the staff went, we all moved around together.”

He continued, “It was my first time going, but Kim Sung Kyun said that it was his third reward vacation and told me many tips. I didn’t know, but Kim Sung Kyun is quite a successful actor,” and added, “He said that not doing anything is resting. He told me to stay in my room because it’s tiring to go shopping and hang out with others.” 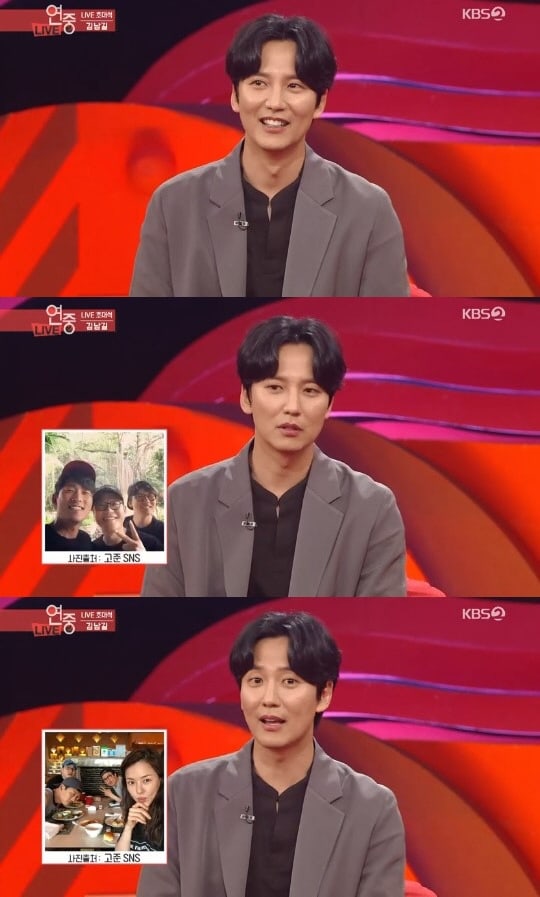 Speaking about his chemistry with his co-stars, Kim Nam Gil said, “I previously appeared in a drama with Honey Lee. Kim Sung Kyun and I have friends in common so we became close.”

He added with a laugh, “I actually thought that he was older than me. When I first met him, if was difficult to speak informally. Even though I met him after hearing that we were the same age, I greeted him respectfully.”

When the reporters asked if he agreed to the statement, “Out of Go Joon, Kim Sung Kyun, and Kim Nam Gil, [Kim Nam Gil] is the most handsome,” the actor confidently replied, “Yes.”

Kim Sung Kyun then appeared on the show via a surprise phone call. He introduced himself as his character, saying, “It’s Goo Dae Young who suffered for the last six months. I want to work with Kim Nam Gil in my next project.”

If you haven’t yet, start watching “The Fiery Priest” with English subtitles below!

Entertainment Weekly
Kim Nam Gil
The Fiery Priest
How does this article make you feel?