With the premiere just around the corner, tvN’s upcoming Monday-Tuesday drama “Abyss” is eliciting intrigue with new stills of Park Bo Young and Ahn Hyo Seop!

“Abyss” is a fantasy drama that tells the story of two people who are brought back to life in completely different bodies by a magical stone called “Abyss.” The two of them try to track down the person who prematurely ended their lives while also learning about the rules set by the magical stone.

The new stills show Park Bo Young and Ahn Hyo Seop as they wear suits together. Their bright eyes show how they have been preparing to uncover the secrets of their deaths. However, things don’t turn out the way they hope and Park Bo Young’s eyes widen in shock as she looks up at Ahn Hyo Seop. 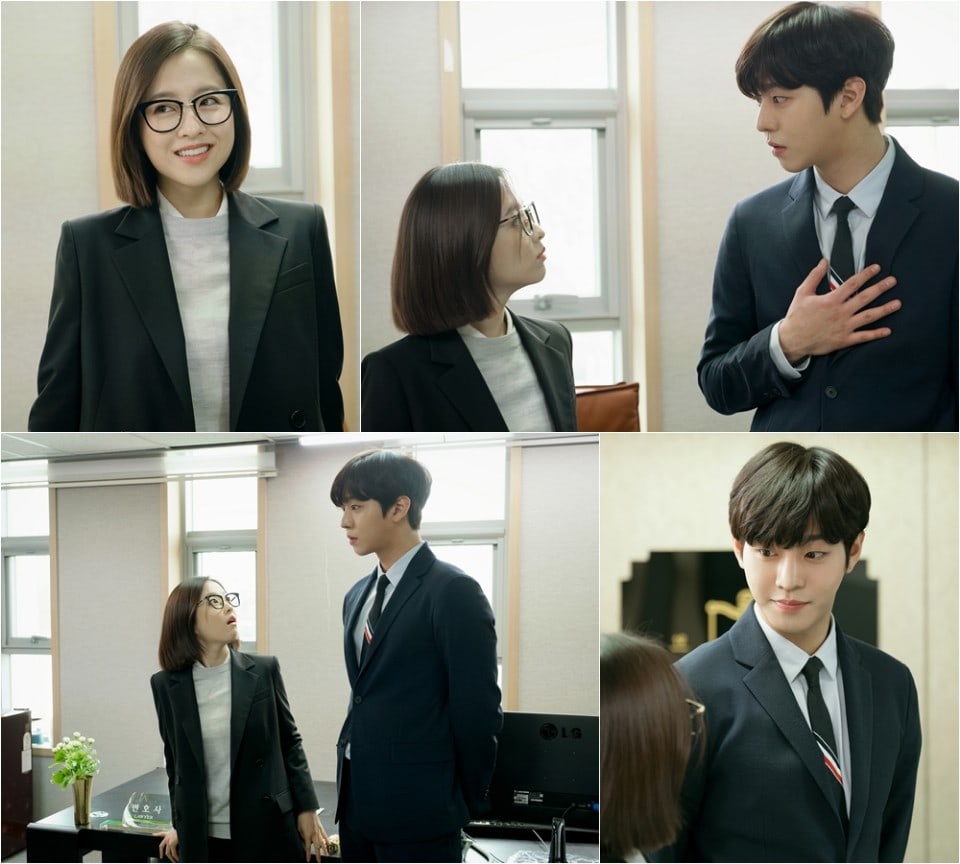 Anticipation is high for the chemistry between the two actors. At the press conference, co-star Lee Sung Jae had said, “One day, I arrived on set early so I went to a nearby cafe. I saw the two of them with their scripts open, sitting across from each other and studying their lines together. Seeing them, I knew that this drama will definitely succeed.”

The “Abyss” production staff stated, “There’s just one day left till the first episode. ‘Abyss’ will be a unique fantasy drama that brings the concept of a soul-reviving stone into the story. We believe viewers will be won over by Park Bo Young and Ahn Hyo Seop’s chemistry, so please anticipate it.”