Jung Il Woo shared his thoughts on his post-military career.

The actor recently appeared in the SBS drama “Haechi” as a king who carried out policies for the citizens of the country.

“I had a hiatus for over two years,” began Jung Il Woo. “And then I filmed [‘Haechi’]. I think I worked busily and fiercely for the past six months. I thought a lot about my comeback project, and I decided on [‘Haechi’] because of the good writer, director, and character. It was harder than usual. The character was difficult, and there were many ups and downs, but it ended well.”

The actor has appeared in many sageuk (Korean historical dramas) in the past such as “Moon River,” “The Moon Embracing the Sun,” and “Diary of a Night Watchman.” When asked if he felt any pressure about appearing in another timepiece, he replied, “I didn’t feel pressure about the genre. There’s a certain kind of strength that writer Kim Yi Young gives through her projects. To be honest, I looked at many projects for my comeback project, and ‘Haechi’ was the one I felt most ambitious about.”

Speaking about what he focused on while filming “Haechi,” Jung Il Woo said, “I tried not to use my face while acting. My debut was through a sitcom, and my facial expression and eyes were exaggerated while appearing in romantic comedies until now. This time, I thought that it would be better to express it in a sincere way instead of with my face. I thought I should try doing so while using my face and eyes as little as possible.”

“There are many things I regret,” revealed the actor when discussing his satisfaction towards his acting. “Since there was a time limit, I couldn’t film more even if I wanted to. I think I always feel regret when a project ends. There was never a time when I was satisfied while doing a project.”

Go Ara and Kwon Yool appeared alongside Jung Il Woo in “Haechi.” About their teamwork, he said, “We worked well together. Go Ara got hurt while filming and suffered a lot, so I felt bad for her and my heart ached. Kwon Yool has a lot of ambition as an actor, and there were many things to learn from him. I was happy that I met so many good actors through this project.” 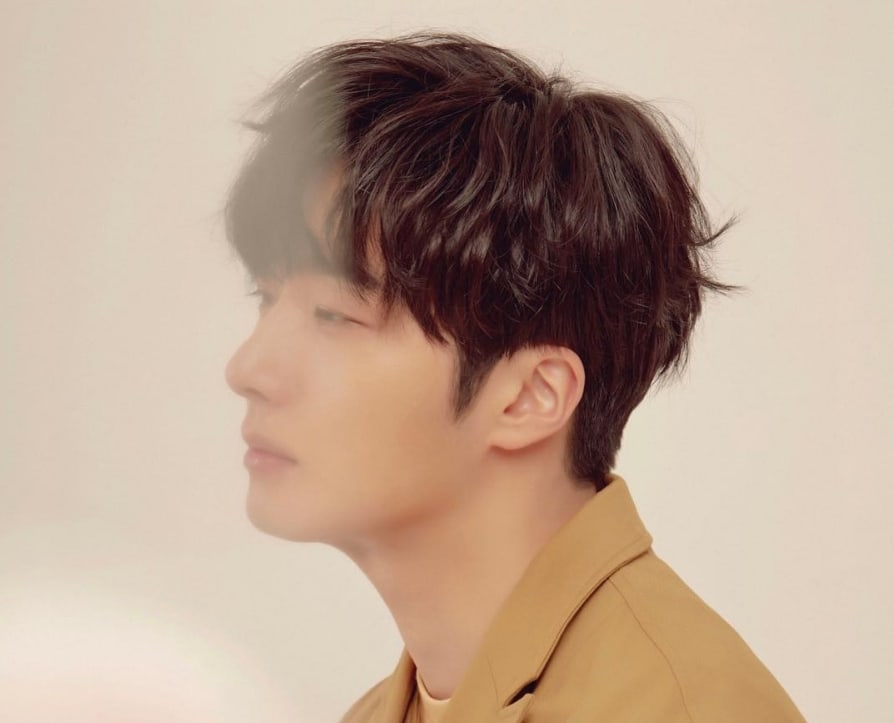 Along with dealing with the trials and errors of filming a drama, the actor dealt with a personal loss while he was filming “Haechi.” “My dog died while filming,” said Jung Il Woo. “She always waited for me in front of the door when I went home. I heard that she died in front of the door, so my heart ached. I feel regretful that we didn’t get to spend a lot of time together while she was alive. [Through my dog’s death, I learned that] I should try to enjoy the present because I don’t know when I’ll die or when the people around me will be gone.”

“We’re currently in discussion about my follow-up project,” continued the actor. “I think I’ll be able to announce some good news soon. I also have fan meetings scheduled until next month. I’m preparing for the fan meetings.”

If you haven’t yet, start watching “Haechi” with English subtitles below!