“Juror 8” has released stills showcasing Park Hyung Sik in his first feature film ahead of its May 15 premiere!

The film tells the story of South Korea’s first trial by jury in 2008. It follows the case of a son brutally murdering his mother, with all factors seeming to point to a solid guilty ruling.

However, the trial does not go as smoothly as expected. The eighth juror, young entrepreneur Kwon Nam Woo (played by Park Hyung Sik), questions the defendant’s self-declaration of guilt. As a result, the judge (played by Moon So Ri) calls for a new debate to establish a guilty or not guilty verdict. 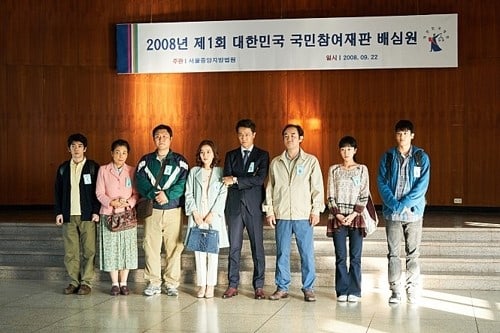 The rag-tag team of inexperienced jurors is comprised of a late-bloomer law student, a nursing home caretaker, a no-name actor who is more concerned with his daily wage than the trial, a housewife, a chief secretary of a large corporation, and an ordinary college student. This group forms a microcosm of society, and the way in which they are swayed by the majority opinion provides further commentary on its current state. 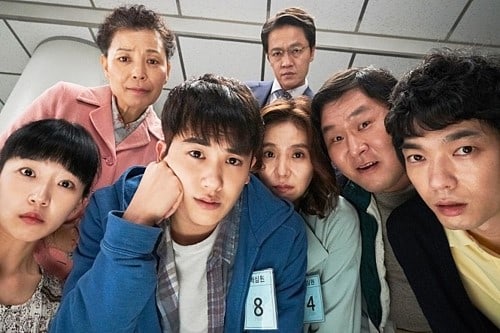 Kwon Nam Woo stands in sharp contrast to this, sifting through investigation records and backing up his doubts on the case with determination. Bit by bit, he breaks down the majority opinion by pushing for a not guilty verdict. 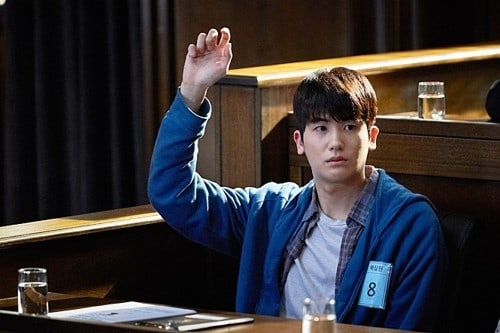 The movie focuses on the theme of justice and displays how carefully jurors must decide on a case that involves a person’s life. It also showcases the stances of having the courage to ask questions and throwing away preconceived notions to accept those questions. 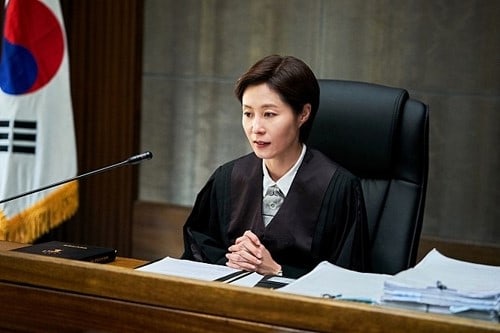 Viewers can expect a touching story that is both serious and fun. Moon So Ri provides a grounded center as the charismatic and relatable judge, and Park Hyung Sik is said to give a praise-worthy performance in his first feature film role.

Are you excited for this movie?

Moon So Ri
Park Hyung Sik
Juror 8
How does this article make you feel?