SBS has released new stills for their new Monday-Tuesday drama “The Secret Life of My Secretary”!

“The Secret Life of My Secretary” is about the romance between cold-hearted boss Do Min Yik (played by Kim Young Kwang) who has facial blindness and his secretary Jung Gal Hee (played by Jin Ki Joo), who leads a double life.

Jung Gal Hee is a unique and charming figure that does all sorts of hard work for her boss without complaint, but in the released stills, she’s shown on her way to the boss, having exploded after holding in her frustrations for too long.

With a baseball bat in one hand and a serious expression, Jun Gal Hee appears as if she’s about to explode at Do Min Yik. However, on her way to confront him, she still brings along the items her boss might need, showing her unstoppable mindset as a secretary. Furthermore, viewers were excited to see the theatrical still in which Jung Gal Hee is also backed by the other reliable secretaries that are holding all sorts of somewhat dangerous weapons. 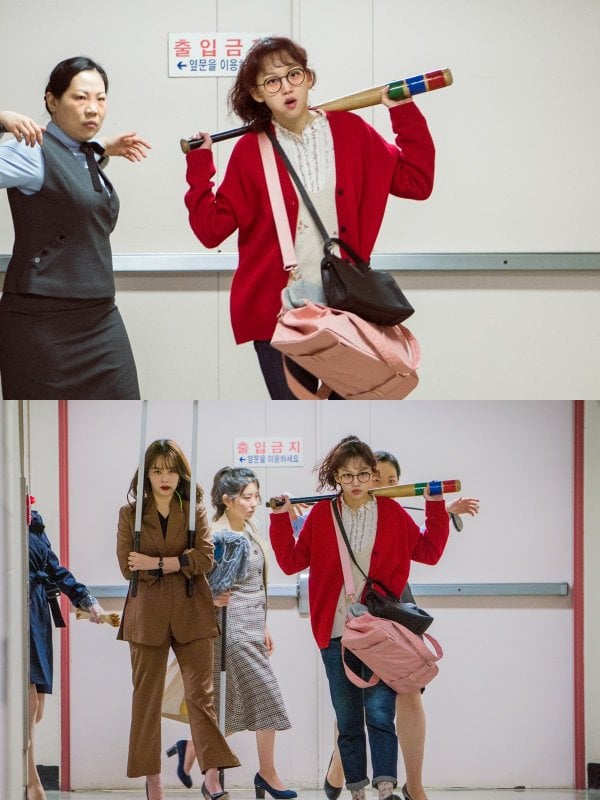 Meanwhile, Kim Young Kwang will be playing Do Min Yik, T&T Mobile’s media team’s manager who cares for himself above anything else. With his clean cut suit and perfect hairstyle, he looks at everyone with a sharp gaze, and he is exceptionally good at upsetting his secretary Jung Gal Hee with his selfish actions.

However, in the new stills, the perfect Do Min Yik is shown far from his usual perfect self and in a hospital gown. In a picture of him grabbing onto a chair and table with his unkempt hair, Do Min Yik appears to be running away from something, indicating some type of problem. Also, the photo in which he tightly holds onto Jung Gal Hee with an expression of despair shows his desperation to not lose her. 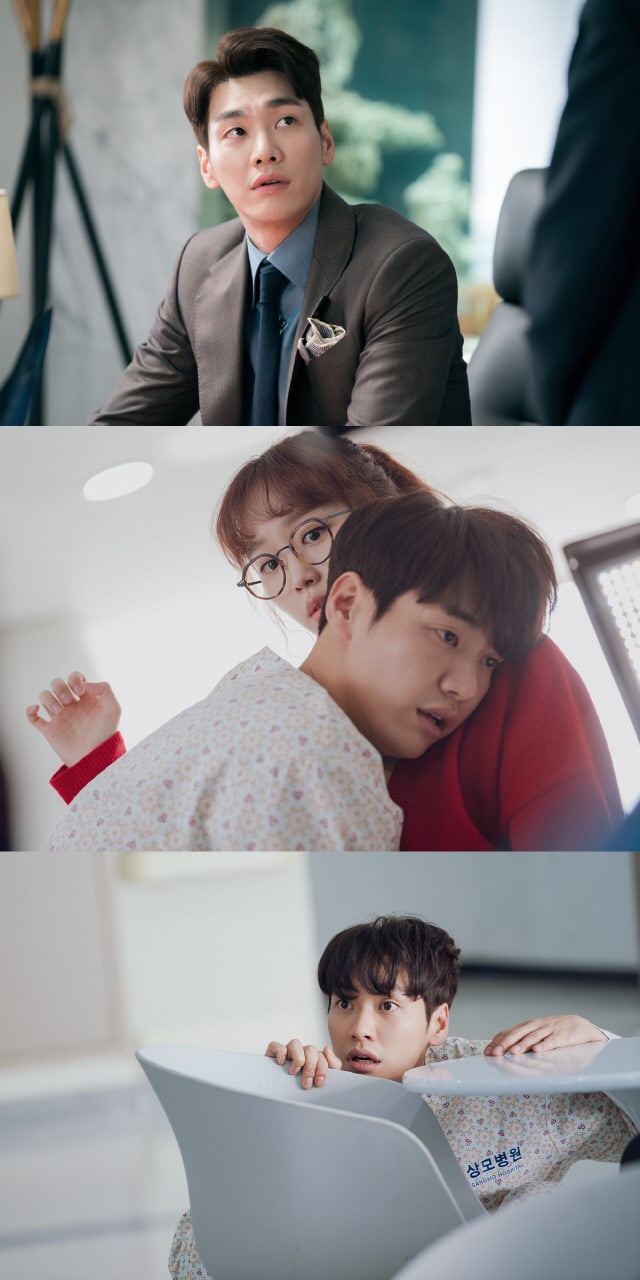 The production staff of “The Secret Life of My Secretary” shared, “From the first episode, the show will captivate the audience’s eyes and ears with its quickly changing development. With each changing development, Do Min Yik will also transform a lot, so please look forward to it.”

“The Secret Life of My Secretary” premieres on May 6 at 10 p.m. KST. The show will also be available on Viki!

If you haven’t already, watch the trailer down below!