With “Haechi” at an end, there has been a change in drama viewership ratings.

MBC’s Monday-Tuesday drama “Special Labor Inspector, Mr. Jo” has taken over the No. 1 spot in its time slot. According to Nielsen Korea on May 6, Episodes 17 and 18 received viewership ratings of 6.7 percent and 7.7 percent respectively.

It achieved the highest viewership ratings among dramas in its time slot and slightly increased from Episode 16’s ratings of 6.7 percent on April 30.

From the beginning, “The Secret Life of My Secretary” showed a quarrelsome chemistry between the two main actors Kim Young Kwang and Jin Ki Joo. Kim Young Kwang attracted attention with his cool eyes and sharp mind-reading charm. On the other hand, Jin Ki Joo portrayed her struggling life as Kim Young Kwang’s secretary.

Kim Young Kwang suddenly declared the cancellation of his contract with Jin Ki Joo. His iron rule of not signing a contract with his secretaries for more than a year was revealed, prompting people to wonder what happened in his past. Jin Ki Joo, who struggled to become a full-time employee, became infuriated by his decision and went to get payback with a group of secretaries.

In particular, the scene where Kim Young Kwang was attacked suddenly and had trouble with facial recognition boosted viewers’ immersion. The drama ended with Kim Young Kwang being taken to the hospital where he clung onto Jin Ki Joo and begged her to save him. 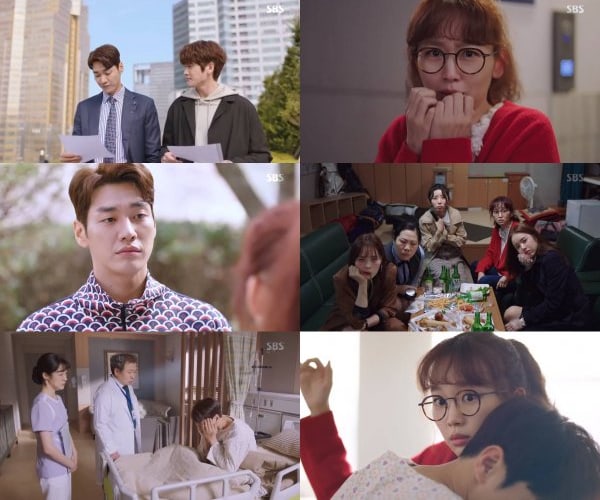 Start watching “The Secret Life of My Secretary” below!

My Fellow Citizens
Welcome to Waikiki 2
The Secret Life of My Secretary
Special Labor Inspector Mr. Jo
How does this article make you feel?