“Hit-And-Run Squad” Review: What Did And Didn’t Work

“Hit-and-Run Squad” follows a ragtag group of quirky detectives as they attempt to convict wealthy businessman and F1 driver Jung Jae Chul (Jo Jung Suk) as well as the police commissioner he has been bribing to stay under the radar.

The initial investigation, carried out in top secret by a small sub-unit of the police force, is jeopardized, and those involved are redistributed to different departments. Deputy Eun (Gong Hyo Jin) is demoted and relocated to a small hit-and-run squad working out of a basement office with a team of exactly three people. We’re introduced to her new superior, the straight-talking and very pregnant Woo Sung Jung (Jeon Hye Jin), and oddball detective Suh Min Jae (Ryu Jun Yeol).

It’s not long before Eun finds a route between her new position and access to the evidence she needs to bring Jae Chul down. Her dedication brings her closer and closer to Jae Chul, and his deplorable character spurns her on even more.

Suh Min Jae is also trying to link Jae Chul to a hit-and-run case with a tiny piece of shattered car light he has from the scene. Together, with help from their friends both in and out of law enforcement, the group struggles through car chases, undercover operations, and threats to their lives in the name of justice.

Deputy Eun Shi Yeon (Gong Hyo Jin) is a very stoic, down-to-business character who barely cracks a grin throughout the entire movie; she’s professional and hard-working and has dedicated herself to convicting Jung Jae Chul, seemingly at the cost of her career. Her priorities are clear throughout the movie: she’s not particularly interested in climbing the ladder at work, she’s blasé about her relationship with her boyfriend, and her friendships seem to be based more on professional respect than anything else.

Although very little is known about her past (the two male protagonists are more fleshed out) she is very realistically written and motivated. She can see the evil in Jae Chul and the way it seeps top-down through society, and she wants not only to prove that he is guilty, but to also prove that the police commissioner is being bribed, meaning an entire overhaul of the police department is necessary to maintain its integrity. 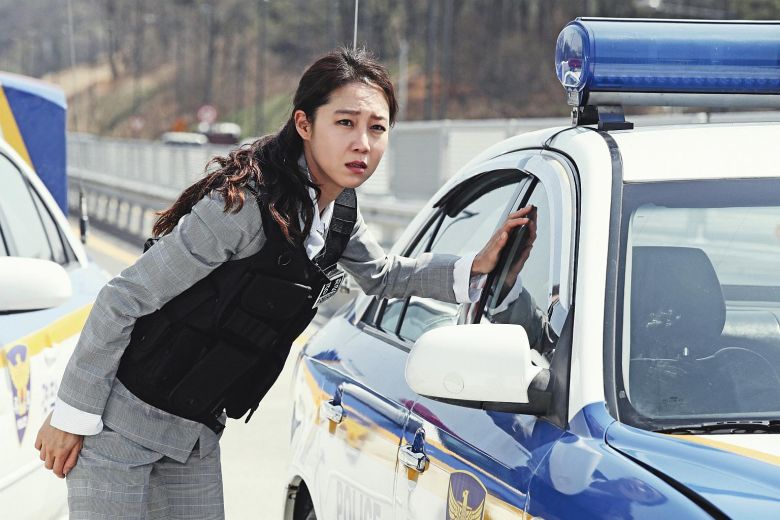 Min Jae is a complex character in that he is all at once like different sides of a coin. His past criminal behavior has shaped him physically; he’s covered in tattoos and is a well-trained fighter, yet he moves like he’s trying not to trip over his feet. He’s a kind, well-intentioned police officer, but the scars of his past are ever present in not only his knowledge of the criminal underground, but also his journey to redemption.

We hear from another character that his adoptive father was one of the officers that arrested him when he was a young criminal, someone he himself hurt while trying to escape. Min Jae is rehabilitated, but still feels responsible for a lot of hurt and is working to remedy it. 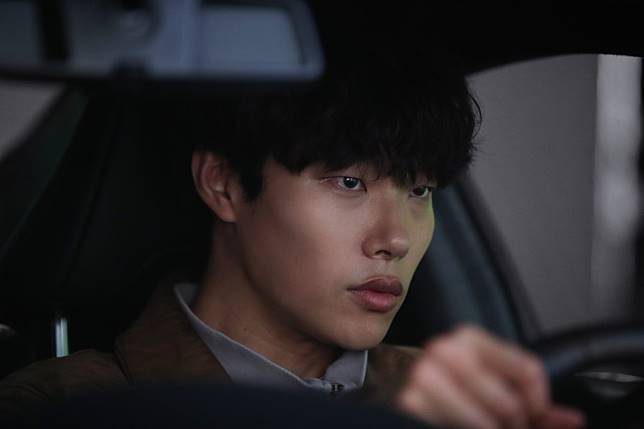 Jung Jae Chul grew up modestly with a chauffeur father whose footsteps he followed until moving into racing and building up his empire. He speaks with a stutter caused by a high fever from chicken pox that was treated too late because his father’s client refused to let him borrow a car. Jae Chul has a chip on his shoulder about his modest upbringing and an entitled attitude due to his newly earned wealth. He’s angry and unpleasant and believes he can get away with anything, threatening people into business with him, lashing out irrationally and violently, speeding on pedestrian streets, and generally throwing his weight around.

It would be easy to sympathize with his character when you hear about his backstory, as he suffered and was mistreated, but he uses that as an excuse to hurt others and do whatever he pleases, using his money and power to silence those he simply doesn’t care about. 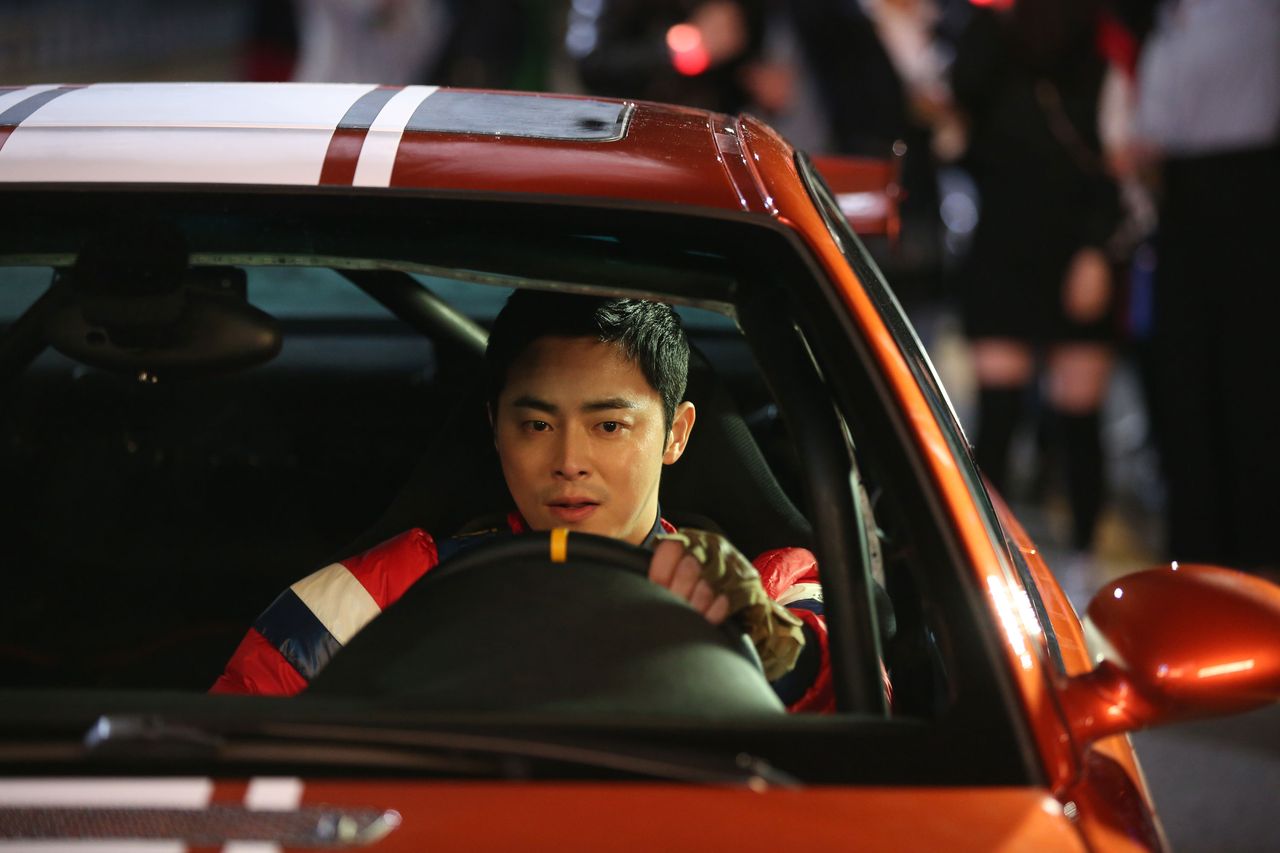 The performances are standout and somewhat unexpected for some of the cast. Gong Hyo Jin has a history of playing awkward, clumsy characters (not exclusively), but here she is precise, to-the-point, and brooding. Jo Jung Suk’s performance is so well executed; only a little information is provided about Jung Jae Chul’s past, yet he embodies the role so well and becomes so easy to despise. Ryu Jun Yeol is the focus of many of the movie’s most dramatic and heart-breaking scenes, yet he switches back and forth between emotional and stoic with ease.

This movie’s got the high speed car chases that often lead to intense and messy crashes, well-choreographed street fights, and bloody punches to the teeth. If you came here for action, you won’t be disappointed… you just might find the first hour of the movie a little dull. 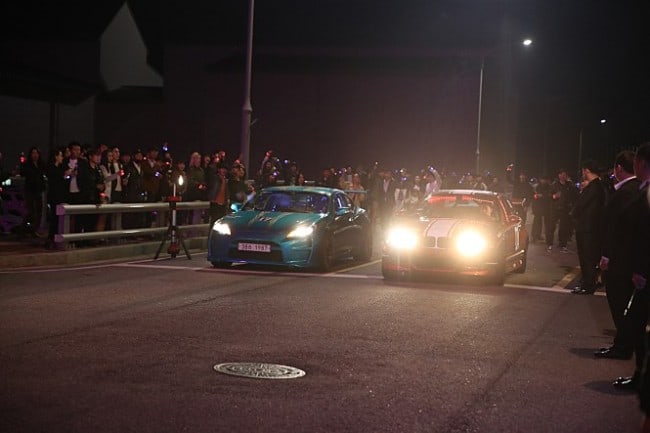 For every fleshed-out protagonist or antagonist, there was a side character that the writers seemed to have forgotten about five minutes after their introduction. The police commissioner is treated as a small fry in comparison to one rich bad boy, and the surprise bad guy at the end of the movie doesn’t have any realistic motivation. SHINee’s Key is in the movie, for goodness sake, but… not really. “Hit-and-Run Squad” did a fantastic job of creating well-rounded and believable main characters, but in doing so, seems to have forgotten everyone else. 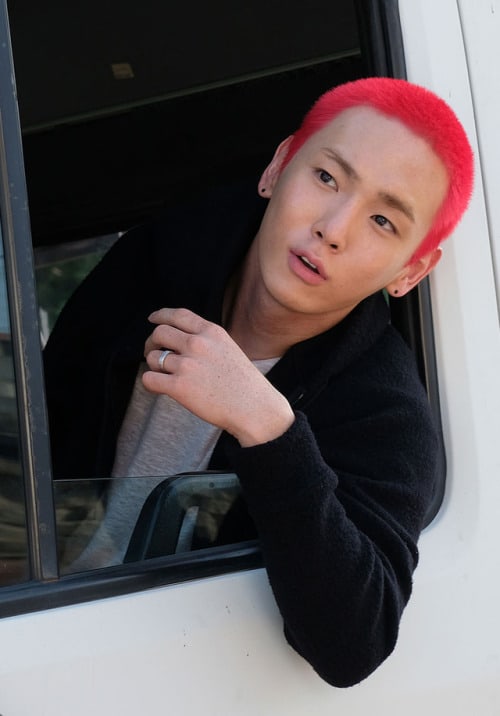 The pacing was slightly uncomfortable. Viewers are thrust into heart-racing action, then brought back down to reality and dare I say boredom in the very next scene. It felt as though the action scenes never really came to their climax, and this could be said of the ending too. It would be wrong to say that the conclusion of the narrative is anti-climactic, because it came to a quick finish with no loose ends, but we didn’t get to see Jung Jae Chul really experience his defeat, and the police commissioner was all but forgotten long before the ending.

What did you think of “Hit And Run Squad”? Let us know in the comments, and if you haven’t yet, watch the movie below!