“Abyss” is a fantasy drama that tells the story of two childhood friends, Go Se Yeon (Park Bo Young) and Cha Min (Ahn Hyo Seop), who are reincarnated by a magical stone called “Abyss.” After they are brought back to life, they embark on a quest to find Go Se Yeon’s killer.

The May 6 premiere episode of “Abyss” showed how Go Se Yeon went from being a beautiful prosecutor to an ordinary looking woman and Cha Min from a “visual terror” chaebol to a stunningly handsome man. The episode especially garnered the public’s attention with the mysterious death of Go Se Yeon, for which the truth will unfold throughout the drama.

The new stills released on May 7 show Park Bo Young and Ahn Hyo Seop who have officially kicked off their own research to uncover the mystery behind Park Bo Young’s death. The two look around a room full of photos with suspicion in their eyes, and Ahn Hyo Seop holds the marble “Abyss” in his hand. 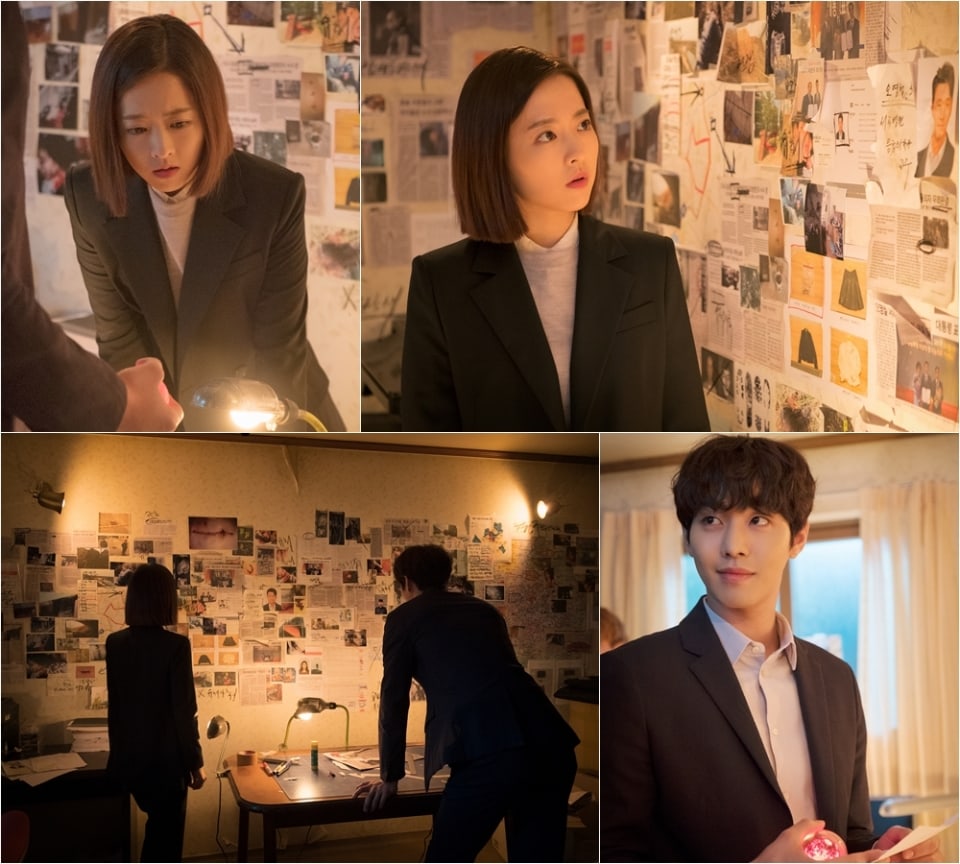 The production team of “Abyss” stated, “Park Bo Young and Ahn Hyo Seop officially begin to investigate Park Bo Young’s death based on her memories. Please look forward to the upcoming episode as it will be filled with new events and introduce people who will add onto the excitement.”