Star Babies Who Touched Hearts With Their Consideration For Younger Siblings

People who are the eldest in their families have probably often heard their parents tell them to yield to their younger siblings while growing up. This can be an upsetting situation for anybody, and the kids of celebrities are no different.

Through various TV programs, viewers are able to see the struggles of being the first-born that celebrity children experience. Some are even revealed to have a “good kid complex,” in which they cannot express their inner feelings because of their desire to hear that they’re a good child.

Below are four examples of star babies who show complex emotions and maturity while interacting with those who are younger than them. 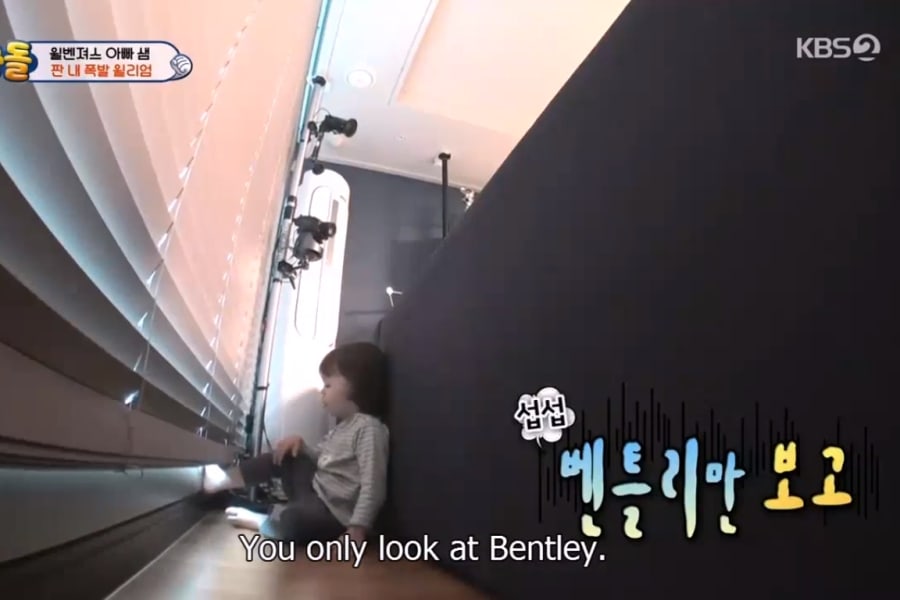 Comedian Sam Hammington appears on KBS2’s “The Return of Superman” with his two boys, William and Bentley.

In one episode, William is unable to hide his sadness at his father caring for his little brother before him. William asks his dad to give him milk after seeing him give it to Bentley, to which Sam replies, “Bentley first.”

William goes behind the sofa and shows his disappointment by saying, “Dad almost never looks at me and only looks at Bentley.” 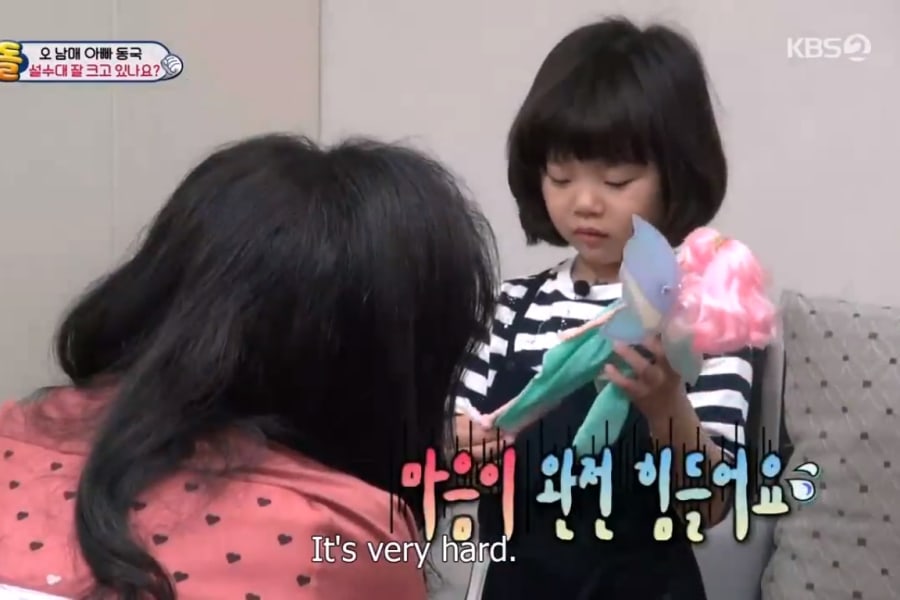 On an episode of “The Return of Superman,” soccer player Lee Dong Gook takes his children Seol Ah, Soo Ah, and Si An to visit childcare specialist Oh Eun Young.

When Seol Ah is asked by Oh Eun Young what she does when she fights with her siblings, Seol Ah surprises her father by saying, “I get angry but I don’t say anything. I hold it in. It’s really hard for me. I don’t want to say bad things.”

Oh Eun Young asks, “Wouldn’t it be okay not to hold it in?” and Seol Ah replied, “No, because I’m a good girl.”

The specialist revealed that Seol Ah has a “good girl complex” after hearing her frequently use the words “kind,” “considerate.” “caring,” and “good older sister” to describe herself, making audiences’ hearts hurt. 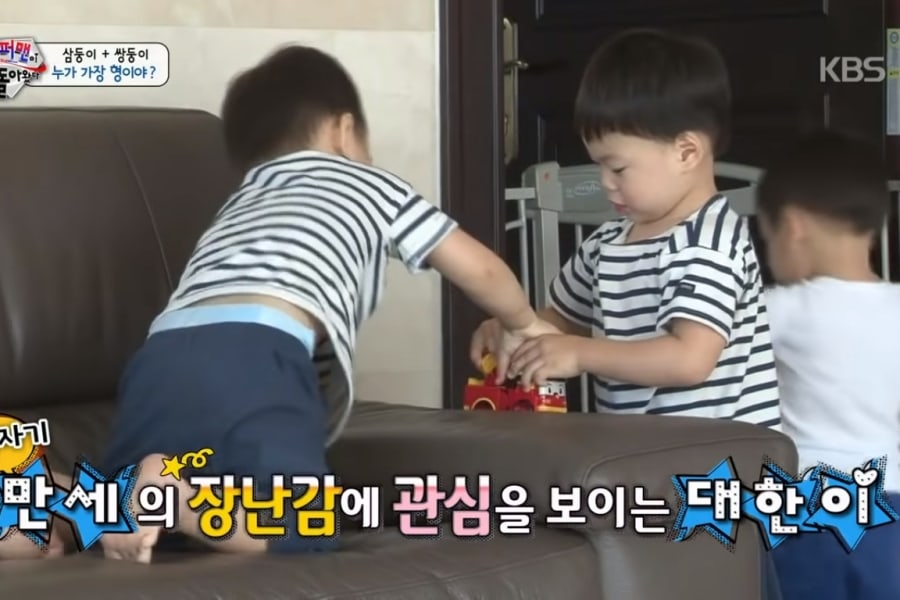 Actor Song Il Gook and his triplets Dae Han, Min Gook, and Man Se are among the most famous families to appear on “The Return of Superman.”

In one episode, the eldest Dae Han makes the youngest Man Se cry by taking away his red toy. Seeing this, Song Il Gook gives the toy back to Man Se and says, “Dae Han, you can play with the toy after Man Se plays with it first.”

After watching his brother happily play with the toy, Dae Han retreats to his room and goes under the covers to sleep.

However, there is a different reason for Dae Han’s anger. It turns out that the toy Man Se is playing with is originally Dae Han’s, but rather than explaining this to their father, Dae Han yields to his younger brother. 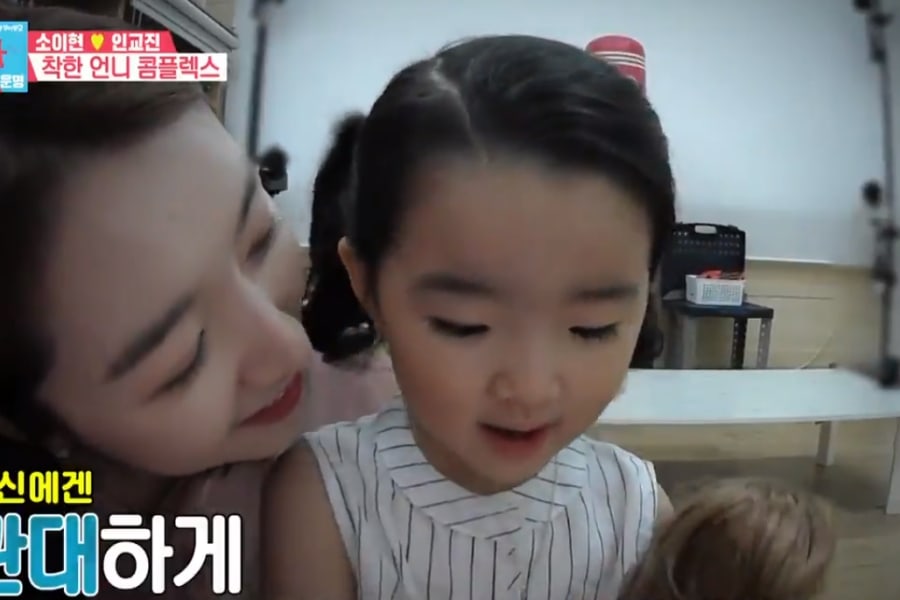 In an episode of SBS’s “Same Bed, Different Dreams 2: You Are My Destiny,” the daughter of actors In Gyo Jin and So Yi Hyun is suspected to have a “good older sister complex.”

The parents take their daughter Ha Eun to a childcare consulting office to gain insight on her state of mind. While Ha Eun is playing with her parents, she is seen consistently putting the doll, that is supposed to be the older sister, in front of her instead of the younger sister doll. When So Yi Hyun asks, “What about the baby?” Ha Eun is unable to reply.

Upon seeing this, the specialist states, “Her behavior is a sign that her limit as an older sister has been reached and that she’s uncomfortable with her mother’s actions,” revealing Ha Eun’s sadness at being expected by her mother to maintain a role as an older sister and look after someone younger.