After a steady rise in ratings with its whirlwind romance, “Her Private Life” has reached the second half of the drama beginning with episode nine, which airs on May 8. Here are some points to look out for in the upcoming episodes!

At the end of episode eight, viewers were upset to see Sung Duk Mi (played by Park Min Young) and Ryan Gold (played by Kim Jae Wook) disagreeing with each other because of a misunderstanding. Now the focus is on whether the pair can confirm their feelings for one other and continue on as an official couple. 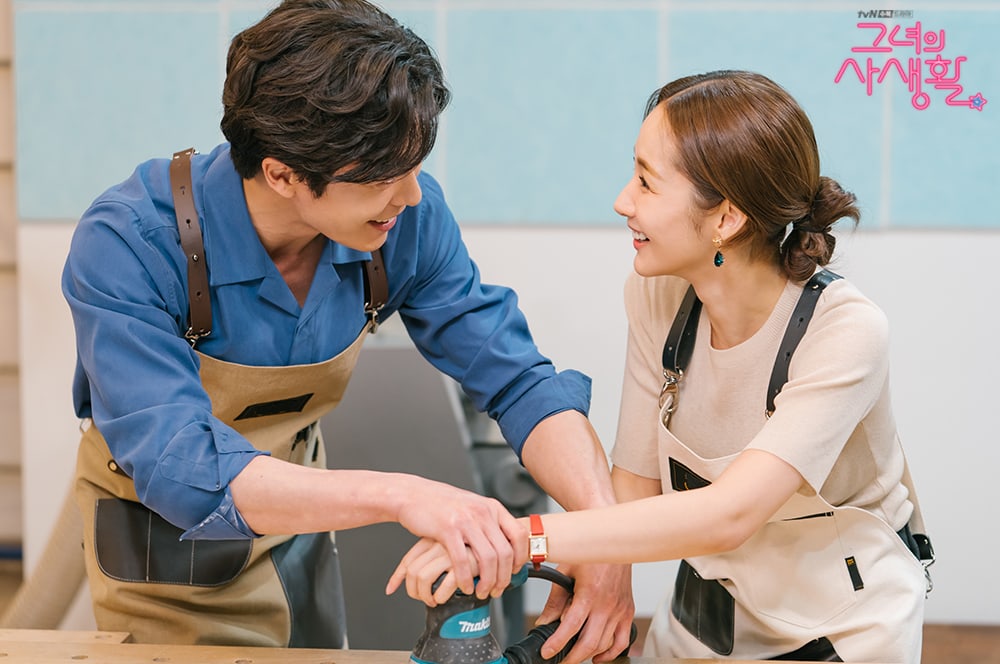 Additionally, the identity of the mysterious artist “Lee Sol” the biggest reason why Ryan came to Korea, will be revealed. Three years ago, after seeing Lee Sol’s drawing, Ryan experienced “Stendhal Syndrome,” a psychosomatic condition including dizziness, confusion, and hallucinations after exposure to great works of art. He is unable to draw after the incident and is searching for that drawing in order to solve his problem. As he looks for the drawing, Ryan recollects many of his childhood memories, and viewers can look forward to seeing whether Lee Sol has a much deeper connection to him than previously thought.

Another interesting situation to see will be Sung Duk Mi “coming out” to Ryan as an idol fangirl. After discovering that Duk Mi is the famous idol fan “Si-Na-Gil” (shortened word for “Si An is my road”), he anonymously joins her fan site under the nickname “Latte,” making him “Duk Mi’s fan.”

Duk Mi does not know that Ryan is aware of her life as a fangirl and is even more oblivious to the fact that he is the identity behind nickname “Latte” even though she spends time talking to the anonymous user online. In the next few episodes, viewers will see what the pair talk about behind the masks of their nicknames and how Duk Mi reacts to finding out that “Latte” is actually Ryan. 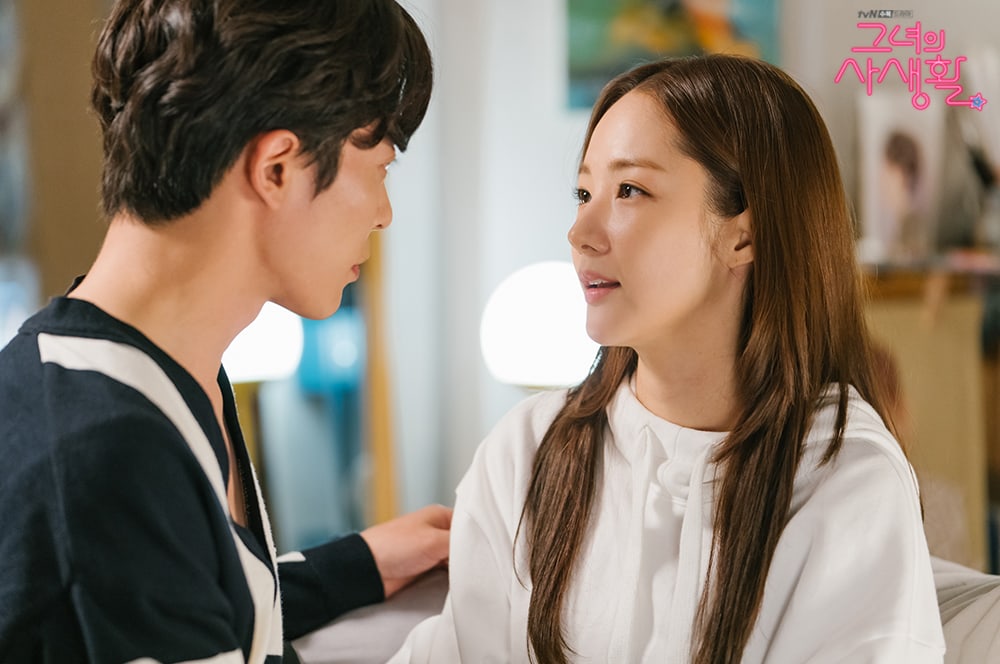 The production staff shared, “‘Her Private Life’ is now exactly at its turning point. Beginning with the ninth episode, the second half of this drama plans to clear all misunderstandings and transform the relationship between Park Min Young and Kim Jae Wook into a heart-fluttering, official couple. Especially, in the ninth episode, there will be a legendary moment between the two. In addition to the pair’s romance, there will also be stories regarding Kim Jae Wook’s past and the relationship between “Si-Na-Gil” and “Latte.” We hope viewers will continue to enjoy ‘Her Private Life’ with us.”

“Her Private Life” airs at 9:30 p.m. KST on tvN every Wednesday and Thursday.