“Advisor” tells the story of politicians who control the world while standing behind the spotlight and engage in the dangerous gambling of politics. It is also a survival story of the “super” advisor Jang Tae Joon (Lee Jung Jae) who is on his way to having the most power in the nation.

Jang Tae Joon is the chief aide of four-time congressman Song Hee Seob (Kim Kap Soo), who graduated at the top of his class in the police academy but turned to politics as he sought more power. He is trusted by Song Hee Seob for his excellent intuition and cool-headed judgment, concentration towards victory, persistence in finding others’ weak spots, and his ability to come up with accurate solutions. Despite his skills, however, Jang Tae Joon holds a greater ambition in his heart. 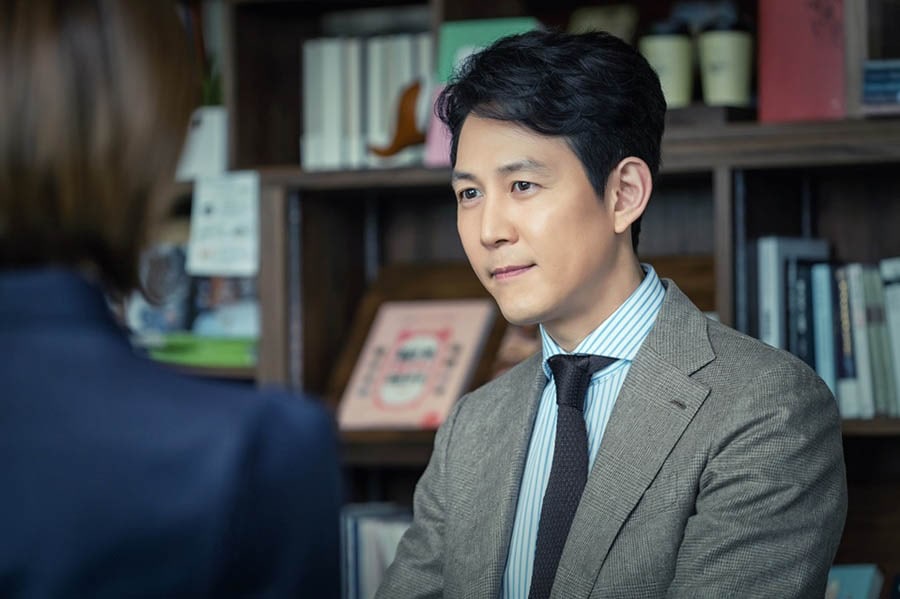 The production staff stated, “Lee Jung Jae is perfecting the character of Jang Tae Joon through his diverse charms. It already feels like Jang Tae Joon is actually moving around on set. Please look forward to this new transformation from Lee Jung Jae, who will show off his hot performance by fighting fiercely on the edge of the law and good will.”

“Advisor” is slated to premiere in June as the follow-up project to “Beautiful World.”