tvN’s new weekend drama “Arthdal Chronicles” will tell the story of heroes and their legendary tales. In the drama, Kim Ok Bin will play Taeilha, the daughter of a tribal leader who is ambitious and dreams of holding great power. Her ambition stems from wanting to escape from everything that is causing her struggle, and she is an intelligent woman who will do whatever it takes.

Kim Ok Bin explained how she felt when she first looked over the script as she said, “Everything about this drama is so interesting, from the existence of gods the tribes believe in to the outfits, the weapons, languages, and way of thinking that people have.” She explained, “Seeing a script that brought an entire world and people that didn’t exist to life made my heart race. It’s a story that can’t be imagined or created easily. It’s a drama that is building everything up from scratch.” 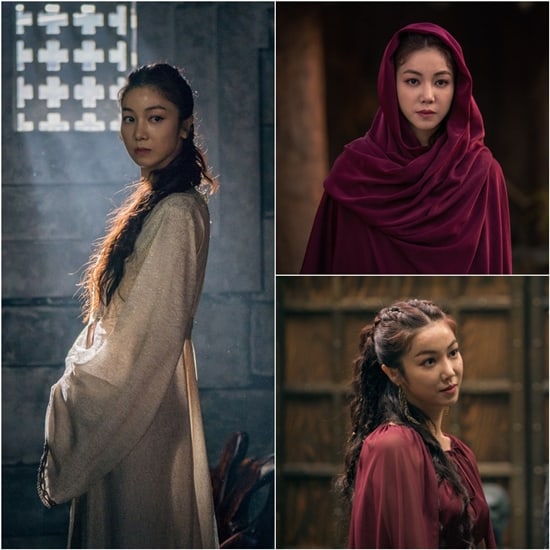 The actress revealed that most of all, she had long conversations with the director on how to express her character. She said, “Taeila goes through a lot of growth in this drama. She thinks she knows herself and can restrain herself, but she still loves and believes in people. She has always been the one who was sacrificed, and she feels her pain comes from a lack of power. She stings like a bee and is hot like fire. But she changes how she acts based on who she’s talking to, so that’s something I had to focus on.”

Kim Ok Bin talked about how fun it was to try outfits, hairstyles, and accessories she had never tried before, adding that it took three hours to put her look together. She said, “Because there are many different tribes, it’s fun to find out who I’ll be filming with that day and what characters I’ll meet. There will be lots to see in the drama.”

“Arthdal Chronicles” will premiere at 9 p.m. KST on June 1.

Kim Ok Bin
Arthdal Chronicles
How does this article make you feel?