Baby Boo’s former members Daon and Dayool have spoken up about their struggles as they try to terminate their unfair contracts.

The May 8 episode of MBC’s “True Story Expedition” focused on the issues of the two former members, who are severely limited by an exclusive contract with their agency. Daon (real name Kim Jae Kyung, born 1994) debuted with Baby Boo in 2015 and has worked with their agency head (referred to by his family name Kang) for over four years. A year after the group’s debut, Dayool (who used the stage name Dabin, born 1997) joined as a new member and the group promoted as a trio.

They were active by performing at various events, including local festivals, athletic competitions, military performances, and more. The two members withdrew from the group in August of last year, and they explained why on the show.

Daon said, “We did more than 500 events during those three to four years, but we weren’t paid even once, so we left. I thought, ‘We’re doing these events, so why are our lives so difficult?’ But he told us to, so…” 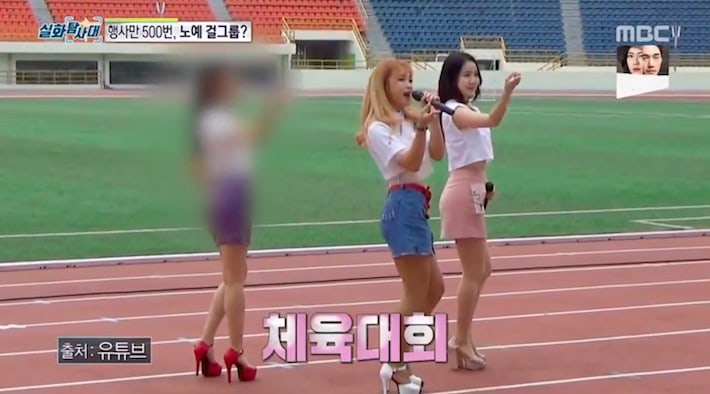 The members shared their poor living conditions on the show, explaining that they lived in a basement unit where the gas and water bills often weren’t paid. “We had to go to an event but the hot water didn’t work, so we went to the nearby barbershop and asked if we could wash our hair there just this once,” Daon explained.

They took the crew to outside where they used to live, and also shared a photo that showed that the safety bars on the window had large enough gaps that a person could enter.

Since their rent and utilities were often late, they kept their things packed in case they were evicted all of a sudden. 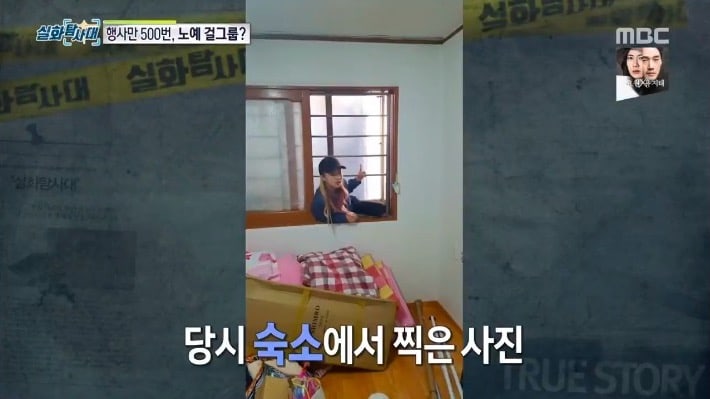 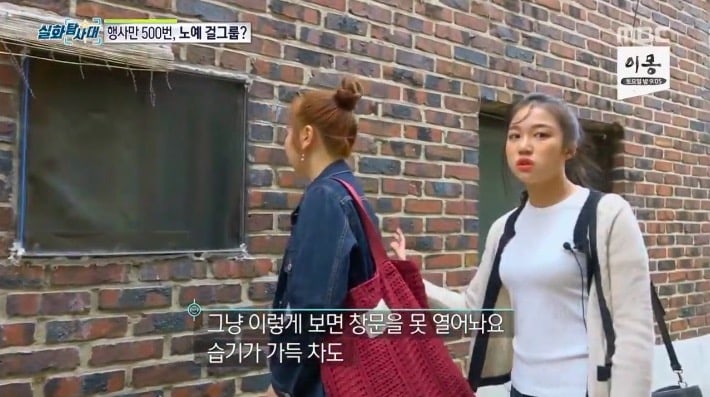 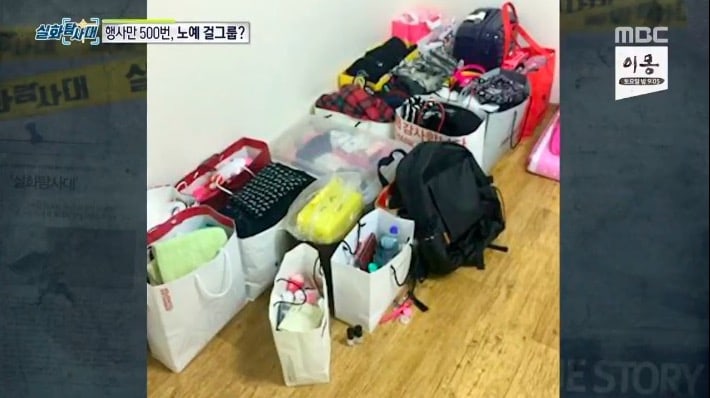 According to their contract, in the case of a profit, they were supposed to receive 40 percent. Not only had they never received payment, they also had to pay for their own vocal and dance lessons, stage outfits, gym fees, and even treatments they were told to undergo by the agency head (such as shots that would make their faces look smaller or to help them lose weight). They had been paying for these things from money from their parents, rather than support from the agency.

Daon and Dayool have been unable to do anything in the eight months since they left the group, and meanwhile the agency head has replaced them and is continuing to send the group to events. Daon and Dayool said, “We’re afraid, and we want this contract to quickly come to an end.”

They went to a lawyer to look over their contract, and the lawyer explained that the biggest problem was that there was no contract period written on it, meaning the length of their exclusive contract wasn’t clear.

An additional document stated that their contract period lasted five years after they released their first single album, but it stipulated that this meant a single with two or more songs. Although they released music during their promotions, their albums only had one song each. The lawyer described it as an unfair contract and she suggested they may be able to terminate it through a lawsuit.

Along with the production team of the show, Daon and Dayool found the agency head and asked him to terminate their contract. He became furious and yelled at them to leave, as well as told them they could meet in court.

They asked him why he wouldn’t show his account statements, and when the crew of the show approached, the agency head angrily told them not to film. When he kept yelling at them, Daon and Dayool said, “Are you threatening to hit us?” and “You can’t ruin our lives like this. We’ve been with you since we were 19 and 21. You can’t do this.”

He told the crew that while the members’ claims weren’t true, they could meet in court. Although he agreed to meet with the team, “True Story Expedition” shared that he had once again stopped responding to them.

The show also met with unnamed former idols and trainees who had previously experienced similar situations with the agency. Dayool said, “There will certainly be harder things in the future, but right now in this situation it feels like we’re in the biggest shackles.”

Daon said that although the agency head had told them that the others were being ruined because of them, she was worried that they were going to be ruined like she and Dayool had been. “My heart hurts to think that the same thing could happen again,” she said. 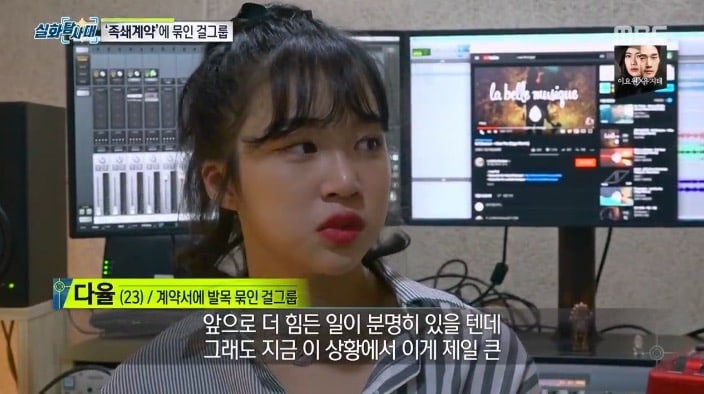 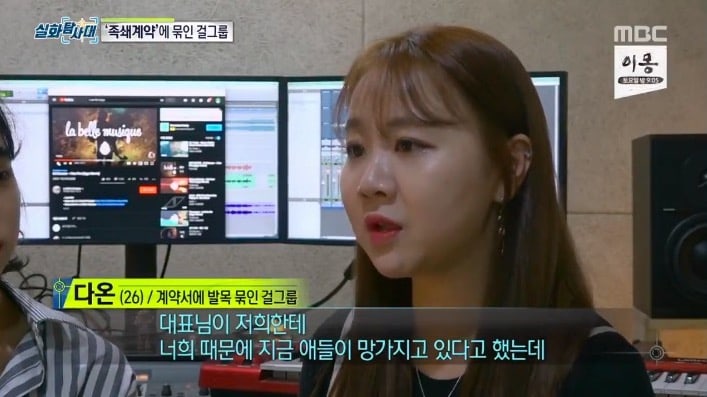 Baby Boo
How does this article make you feel?