Dramax and MBN’s upcoming drama “Level Up” has shared a glimpse of its very first table read!

“Level Up” is a romantic comedy about a highly-skilled restructuring expert named Ahn Dan Te (played by Sung Hoon) and a gamer named Shin Yeon Hwa (played by Han Bo Reum) who join forces to save a bankrupt game company.

The drama will also star B1A4’s Baro as Kwak Han Cheol, a new employee at Ahn Dan Te’s company who develops one-sided feelings for Shin Yeon Hwa; g.o.d’s Danny Ahn as Park Gil Woo, a managing chief at the company and Ahn Dan Te’s best friend; and Kang Byul as Bae Ya Chae, an entertainment agency head who is in love with Ahn Dan Te.

On May 9, “Level Up” revealed photos of its cast running through the script together at the drama’s first table read. Director Kim Sang Woo kicked things off with a heartwarming speech, declaring, “I will do my utmost to make sure that we can work safely and happily up until the end of filming.” Writer Kim Dong Gyu chimed in, “Seeing the cast and crew like this, I feel very confident and reassured. I hope that we can successfully wrap up filming without any accidents.”

According to those present, Sung Hoon impressed everyone with his instant transformation into the frosty Ahn Dan Te, as well as his skillful delivery of his lines. Leading lady Han Bo Reum also reportedly pulled off her character with ease, highlighting Shin Yeon Hwa’s lovable charms as she bickered with Ahn Dan Te.

Not only did the two leads show strong chemistry with one another during the script reading, but they also displayed remarkable teamwork with the drama’s many talented supporting actors, including Baro, Danny Ahn, Kang Byul, Lee Byung Joon, Jung Soo Kyo, Son Sang Yeon, and Lee Ga Won. 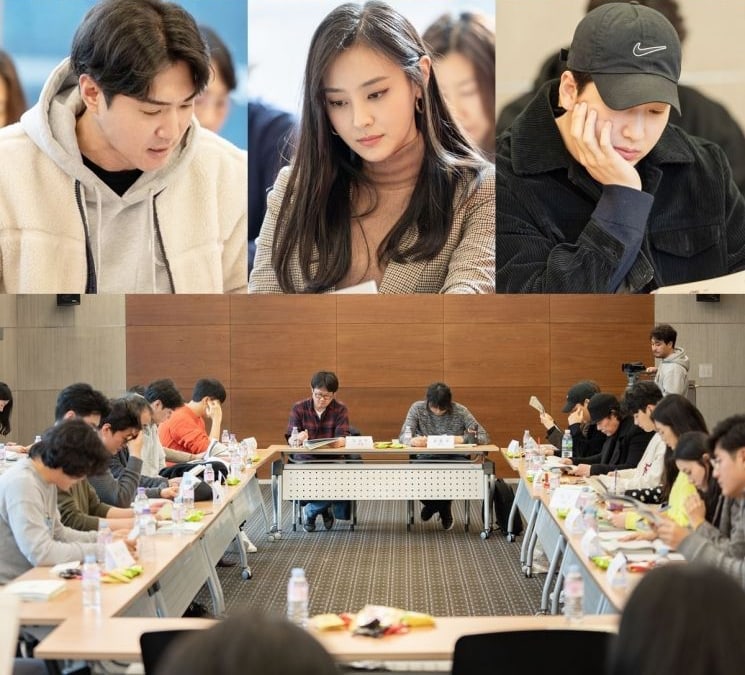 “Level Up” is currently scheduled to premiere on July 10 and will air on Wednesdays and Thursdays.