BTS and NU’EST have swept the latest Gaon weekly charts!

On May 9, Gaon Chart announced that both groups had topped three separate charts for the week of April 28 to May 4.

BTS took No. 1 on this week’s overall digital chart, streaming chart, and social chart with their new title track “Boy With Luv” (featuring Halsey), while NU’EST claimed No. 1 on this week’s album chart, digital download chart, and BGM chart (which tracks the songs that people purchase to use as background music for their blogs and KakaoTalk profiles).

Congratulations to both BTS and NU’EST!

Not only did NU’EST’s new mini album “Happily Ever After” debut at No. 1 on this week’s physical album chart, but the Kihno version of the mini album also charted separately at No. 5. The Boyz’s “Bloom Bloom” debuted at No. 2 on the chart, followed by Bae Jin Young‘s “Hard to Say Goodbye” at No. 3 and BTS’s “Map of the Soul: Persona” at No. 4. 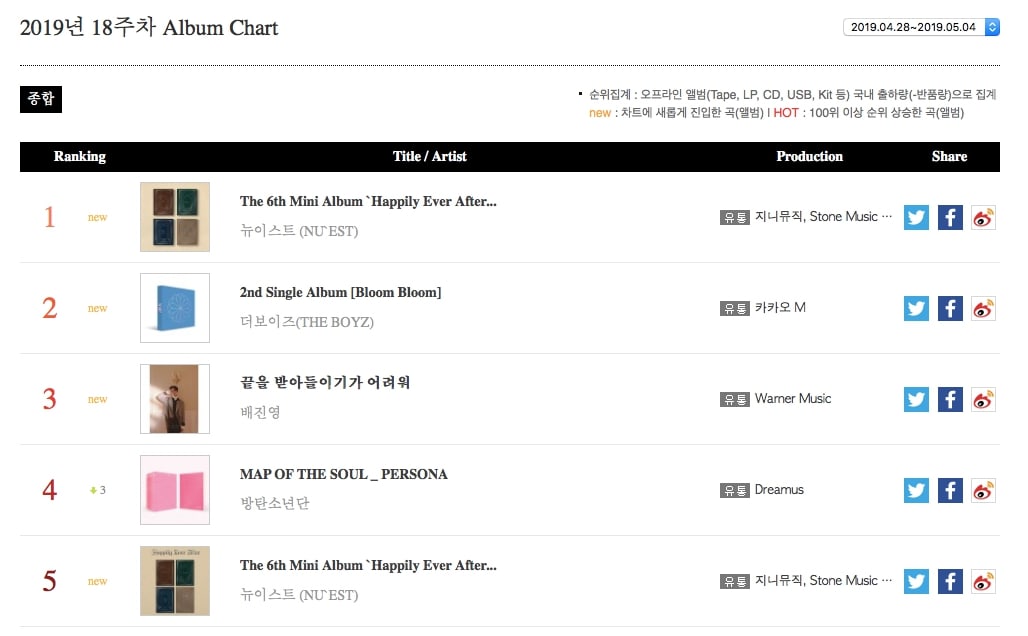 BTS’s “Boy With Luv” maintained its position at No. 1 on the overall digital chart this week, with JANNABI’s “For Lovers Who Hesitate” staying strong at No. 2. TWICE’s “Fancy” rose to No. 3 on this week’s chart, followed by BOL4’s “Bom” at No. 4 and Girls’ Generation’s Taeyeon‘s “Four Seasons” at No. 5. 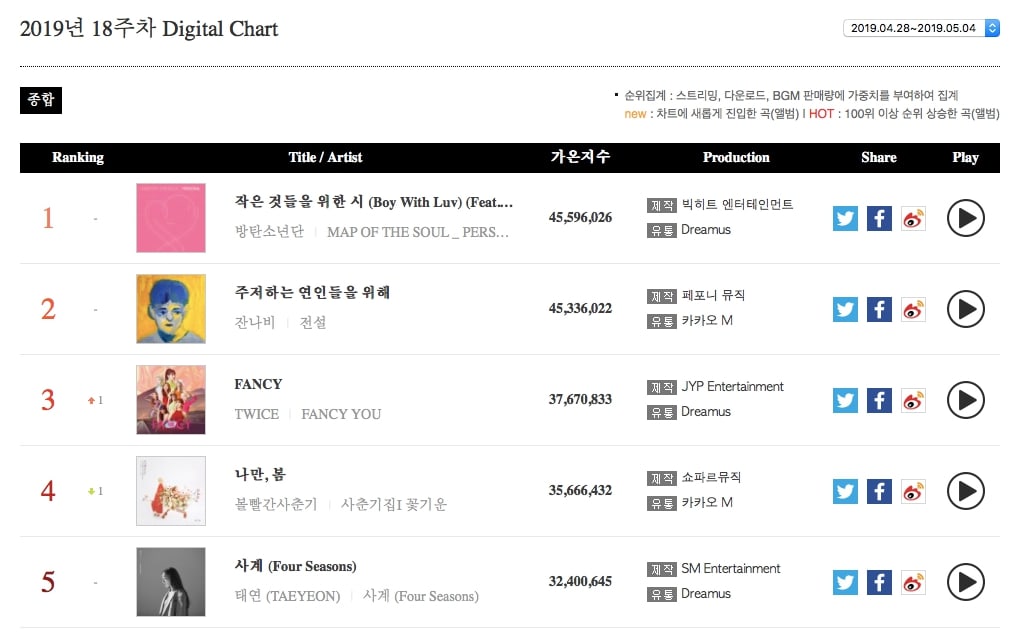 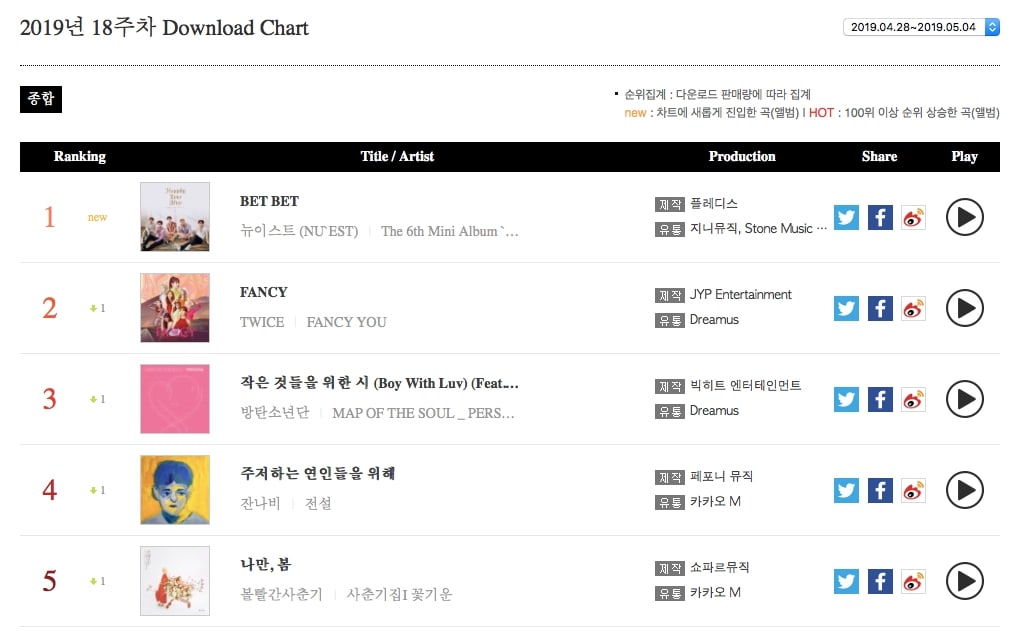 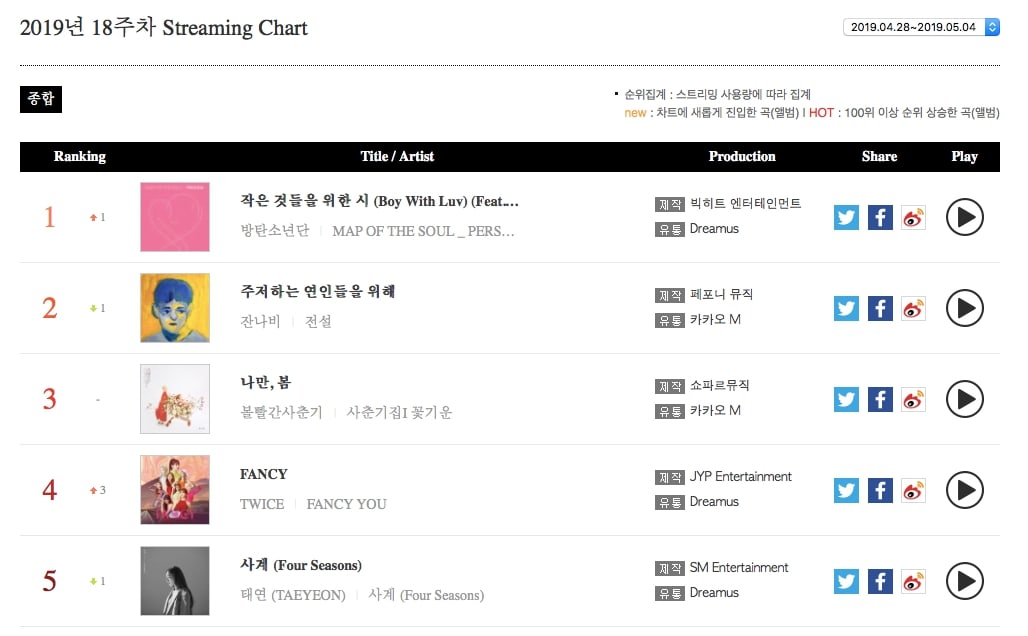 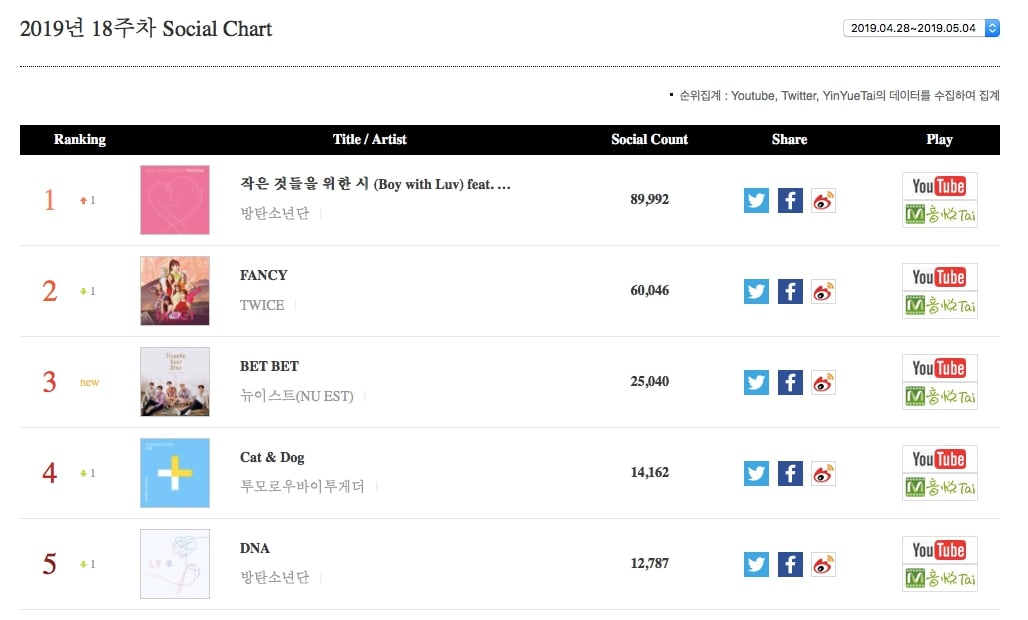