Girls’ Generation’s Sooyoung recently sat down for an interview where she talked about her role in the new film “Girl Cops,” how Jung Kyung Ho supported her and the film, and the importance of Girls’ Generation to her.

Sooyoung will be playing Jang Mi, an officer at the Public Service Center with a lively and rough way of speaking. She spoke about her character’s specialty — swearing — saying, “After the script reading, the director asked to see me separately. I was told, ‘It’d be nice if the swearing were more natural.’ So I thought about how to make the swearing more natural. I know someone who’s like Jang Mi, so I met her and asked for her help.” She added, “I watched those around me, and I referred to those who swear refreshingly. On set, Ra Mi Ran also helped me a lot by telling me, ‘Do it this way, do it that way.'”

On her boyfriend Jung Kyung Ho, she shared, “He’s the type of person who supports the new challenge I take on. He gets really excited about it too. He’s more of a person that gets excited and encourages me a lot rather than worrying.” She talked about how he supported her for “Girl Cops,” saying, “He supported me very well this time. He’s my senior in school and in this career. It’s very reassuring to have someone I’m comfortable with.” When asked if they had plans for marriage, Sooyoung answered, “A lot of people ask me this. We don’t yet.” 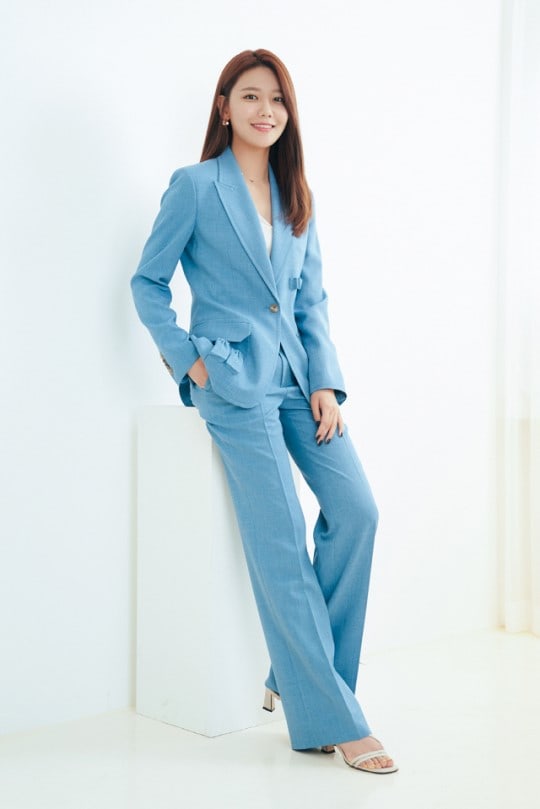 Sooyoung talked about how important Girls’ Generation is to her, saying, “My beginnings lie in Girls’ Generation. I don’t want to break that. I started with an extravagant outer appearance, but now I want to show the simple human that is Choi Sooyoung. But that doesn’t mean that I want to remove that label [as Girls’ Generation].”

She shared, “Because so many fans loved Girls’ Generation, everyone knows that I started out as part of Girls’ Generation. As an extension from that, I hope that many people will see me as someone who fits many different images. I want to be someone that can be considered as an option to various things. I want to make people think of me as [the person] Choi Sooyoung instead of excluding me precisely because I’m ‘Sooyoung.'”

Sooyoung laughed and continued, “When I look back on my 20s, it really feels like time went by so quickly. I did a lot until now, so now I want to be more easygoing, determine priorities, and focus on those. I think I’ve reached the age where I’m learning what I can handle. In my 30s, I want to take on challenges and focus on my priorities, so when I’m in my 40s, I want to comfortably go down the road that I’ve built.”

On Girls’ Generation’s future, she commented, “Though the members are promoting in their own fields, I think that if we get an opportunity and the situation allows for it, we’ll be able to gather any time.”

“Girl Cops” is about two female detectives (Lee Sung Kyung and Ra Mi Ran) who work together to solve a digital sex crime that the rest of the police force has given up on. The film premiered on May 9.