“Advisor” is about the real political players who move behind the spotlight and their dangerous gambles. Lee Jung Jae plays Jang Tae Joon, a skilled advisor that pursues the heights of power. Shin Min Ah plays Kang Sun Young, a newly elected member of the National Assembly who takes on the challenge of breaking the glass ceiling.

A former lawyer with experience hosting a current events program under her belt, Kang Sun Young did everything she could to reach her position, and she was always confident in her overachieving abilities. She was nominated for a proportional representative seat, and soon after being elected, she became her party’s spokesperson for the National Assembly.

In the released photos, Shin Min Ah has transformed into unhesitating assemblywoman Kang Sun Young. With a sharp, charismatic gaze, she takes on the busy life of politics with passion, never taking no for an answer. 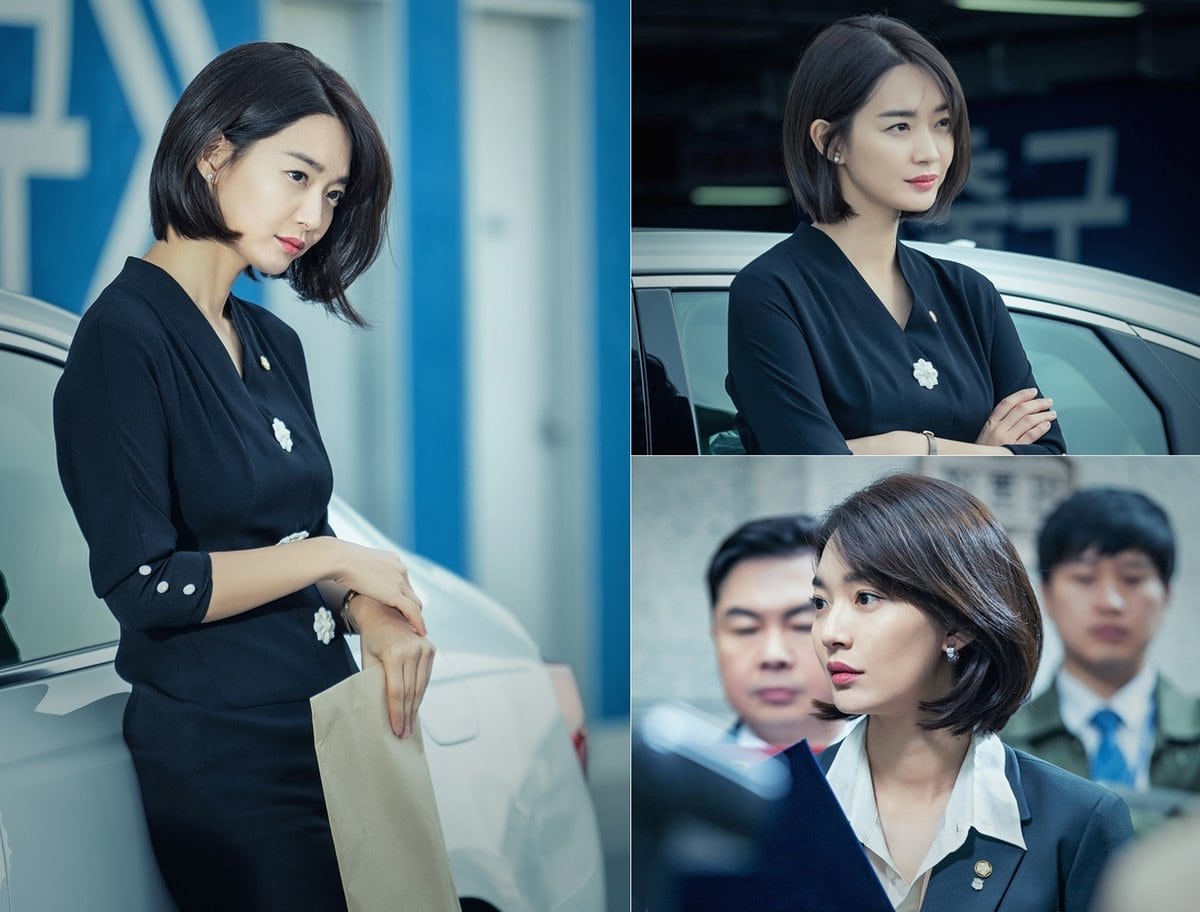 The production staff stated, “Kang Sun Young is a newly elected member of the National Assembly who lives every moment with passion. She never stays in one spot and is a character that lives her life fiercely. The way Shin Min Ah transformed into her character exceeded our expectations. Please look forward to her charms as an actress and the Kang Sun Young that she will create through her passion and hard work in her first drama comeback in a while.”

“Advisor” is directed by Kwak Jung Hwan, who previously directed “Miss Hammurabi,” “The K2,” and “Slave Hunters.” The drama is written by Lee Dae Il, who previously wrote “Life on Mars” and “Bring It On, Ghost.”

It is slated to air in June, after “Beautiful World.”

In the meantime, watch Shin Min Ah in her most recent drama “Tomorrow With You” below!